By: Wediawix Posted in: Photography, USA 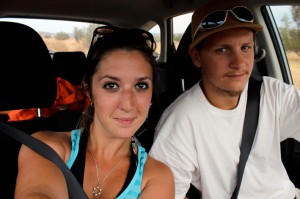 From the very start, America laid its foundations on top of one belief: freedom. In my opinion, nothing embraces this belief better than the Interstate Highway System. Although only fully developed in the later half of the 20th century by President Eisenhower, the Interstate enables the nation to have access to the totality of its territory – the freedom to go where we please. After spending our 5 previous years in Montreal, Canada, Shaan and I were presented with the opportunity to move cross-country to San Diego, CA., and guess how we got there…

We left Montreal on April 29, 2011, and settled for 3 months in New York City to gather money and prepare for our road trip. We wanted to make it an unforgettable experience, and we agreed that 15 days were needed to get us to San Diego without rushing.  To contribute to making this road trip unforgettable, we knew we had to document it, but as you may know, 15 days of video/photo documentation can quickly turn into a forgotten pile of tape deep inside your closet that you do not dare to touch by fear of not even knowing where to start. Therefore, in order to avoid this scenario, we established specific projects that would help us reduce the number of useless images and guide us through our road trip.

When still in New York, we overheard someone saying that the pronunciation of the word “popcorn” was the best way to distinguish the different accents in America. Instantly, the idea came to us: we should film a bunch of random people saying “popcorn” everywhere we stop! It would be interesting, fun, and easy to do.  We figured that asking people to make a full sentence with the word “popcorn” would give us more room to maneuver, as well as more rhythm. At first, the project was named “The Popcorn Theory”, but due to the large already existing use of it in the web, we decided to change it to “3600 Miles of Popcorn”, considering it took us 3594 miles to get from New York to San Diego.

We had a blast shooting this project (9 episodes) for many reasons. For starters, it was a very human project. It represented the human side of the different places we visited. You could definitely see the differences in demographics. It also pushed us to meet people, especially when you find yourself in the middle of Arizona and where you need to knock in people’s houses to start a conversation. We also liked that it revealed our exact route for those who were following us during the trip. We wanted the viewers to feel the same things that we felt when visiting these places as well as inform them of their people. In many ways, these people are the faces of America.

His nickname is "Popcorn" in Austin, TX

"I got to go" poster

This project started out as a joke, but the more we thought about it the better it looked. The idea was to have someone crossing the United States of America from coast to coast on a skateboard. We suddenly became very exited when we realized the visual potential of it.  It is amazing how fast and dramatically the landscape changes in this country.  It just keeps on changing, and when you think it is over and nothing else can amaze you, some crazy mountain, forest, or white sand appears out of nowhere.

“I Got to Go” really embraces the feeling of freedom created by a highly developed interstate system, where someone can wake up one morning in New York and decide that he rather go watch the sunset in California. It was also very fun to shoot, and even dangerous at times.

Unlike the two previous projects, “Houses in America” was not premeditated and consists only of photography. Just like the landscape, the architecture evolves significantly as you travel across the country. It only seemed normal to photograph all the houses that we thought were interesting and representative of each place.  Once again, just like with people, these houses are in many ways the faces of America.

Without a doubt, this road trip was the trip of our lives (until now), and the memories we keep will forever bring us hope, courage and joy. Even more now that we have something concrete that we can hold on to. With this trip, came the idea of founding WEDIAWIX, our web platform where we post all of our projects and collaborations. Since then, we have met a lot of people who share the same passion and ideas as we.  I quote a Persian proverb that says: “The true character of a man appears when travelling”…

Read more from this author and check out videos at: www.wediawix.com