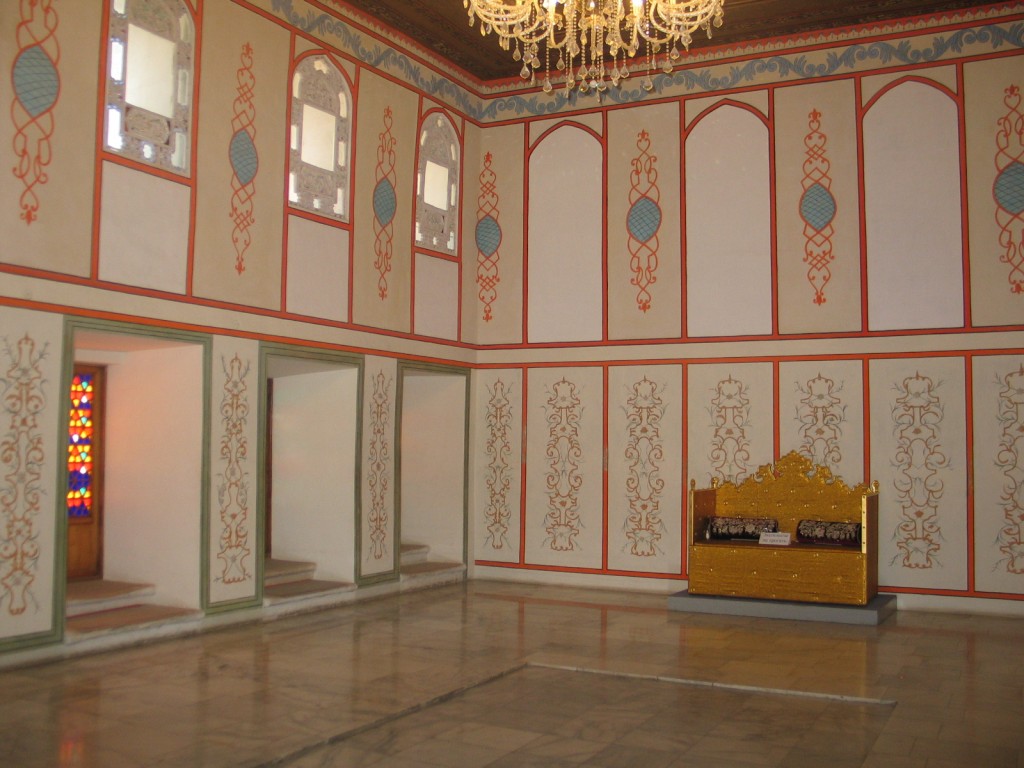 Our trip to Ukraine last year is without any doubt one of the most exciting travel experiences we have ever had. Driving around in a country with little or no road signs, roads with a million bumps and holes and corrupt policemen was thrilling and frustrating at the same time. But we saw and experienced some unique things, creating memories that will last forever.

One of these experiences was our visit to the Tatar Palace in Bakhchisaray, which is situated in the southern part of Crimea. And what is Crimea, you may ask. It’s actually a semi-independent state in the southern part of Ukraine. It’s known for its magnificent mountains, beautiful beaches, cities like Yalta and Sevastopol and … this palace. The Tatars themselves are Turkish muslims, who had a powerful empire in Crimea until the 18th century. After a series of wars, most of them left Crimea and those who chose to stay were badly treated afterwards. The Khan Palace in Bakhchisaray is the symbol of that once powerful empire.

It was one of the very few attractions that was very well indicated. Our GPS doesn’t cover Ukraine, so we had to rely on a good map, our sense of orientation and road signs, if there were any. Not to mention the fact that these signs were in a completely different alphabet. So, we were really very happy when we easily found the palace and a place to park the car.

What we see next, surpasses our wildest imagination. First of all, although the Palace was built in the 16th century, it’s still in pretty good shape. A lot better than the museum of Western and Eastern art in Odessa . At the outside, it looked beautiful, but inside, the building was crumbling down. But here, at this palace, there is proof that the Ukrainians do care about their cultural heritage. Or at least some of it. Second, it is immensely beautiful. You can visit the rooms where these Tatars lived, a mosque, a garden and a harem. Yes, a harem.

Our mouths drop open when we see the colorful ceilings, tapestries and cushions, cookery things, toiletries, clothes and a cosy rose garden. They have all been well preserved and give you a very clear idea how the people lived here so many centuries ago. And then there is The Fountain…

This fountain is connected to a true story. One of the last Khans who lived here, after having lost his wife, had fallen deeply in love with a Polish girl in his harem. When she died too, he grieved so much that he wept the whole time. He had this fountain erected, so that it would weep the whole time too. A couple of centuries later, the Russian poet Pushkin was so moved by this story that he wrote about it. We had visited his home in Odessa a couple of days before and had heard about this poem and the fountain, and now we could see it! Art imitating art! Actually, it was because of Pushkin and his poem that efforts were undertaken to restore the Palace in all its glory. On the fountain, we could a red and a yellow rose. That’s not a coincidence, because the two roses are a symbol: the red one for passion and the other one for chagrin d’amour.

You can read more about our adventures at: http://cosytravels.wordpress.com 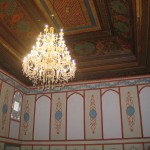 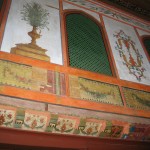 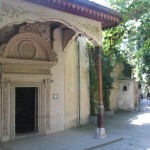 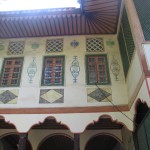 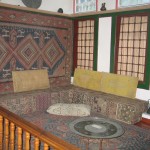 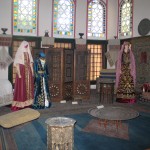 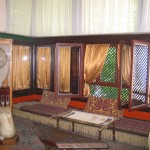 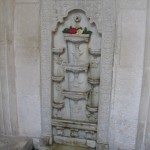 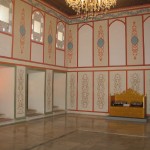