Learning When To Run 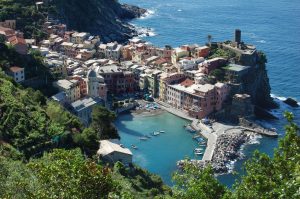 October of last year, a massive flood and mudslide covered one of my beloved villages in Italy.  Since that time I have been working to help raise awareness and money for the extensive restoration and rebuild.  I am currently writing a book about the village’s history, beauty and the disaster.  I will be donating 100% of the proceeds once published.

I have been asked why I would spend so much of my time and effort for a place half the world away.

This is my response.

When I was 15 years old a man named Garvin saved my life when he didn’t have to.

I was 4,000 miles away from home and my family when the earthquake hit Costa Rica.  My friends and I stood dumbstruck on that beach trying to comprehend what had just happened.  I can remember grabbing our video camera to film the ocean in its eerie stillness.  I was naive to the pending danger and oblivious of the power that was to follow those quietly receding waters.  From out of the jungle came shouting.

A local named Garvin, with his dark bare chest and long dreadlocks haphazardly whipping behind him, was sprinting towards us at full speed.

My reverie was broken.  The rushing wave of water suddenly in focus.  I did not know the word tsunami at the time, but I certainly understood the fear.  We dropped everything and fled for the safety of the jungle, Garvin pushing us on from behind.  I was first up the steep embankment and several feet into the trees before I dared turn around.  I watched as the water overtook the last of my companions, the wave rising up and over her head.  Garvin reached down and plucked her to safety.  She was shaken and drenched, but she was alive.  We all were.

That afternoon I experienced four new things:  the power of an earthquake measuring 7.4 from which I was less than 10 miles from the epicenter, the unrelenting force of the ocean knocked off balance, the comfort of a pull of whiskey straight from the bottle and the kind selfless bravery of a stranger.  Garvin.  One man who could have looked the other way and sought safety for himself.  Instead, he took a risk to save three others who were nothing more than visitors in his land.

The beach after the earthquake and tsunami. Courtesy of Steve Casimuro

Over 20 years later on October 25, 2011 I woke to bits and pieces of news about a devastating flood and mudslide to an Italian village that had long ago captured a piece of my heart.  Vernazza.  Just the name rolling off my tongue makes me smile, evoking warm memories of lazy days and deep conversations running well into the night.  The thought of my special place trapped in mud was unbearable.  To make matters worse there was nothing I could do to help from across the ocean.  I wanted to pick up a shovel but instead I settled for this pen.  I began to write.  To write of what was, what is and what could be.  I found I was not alone.  So many others shared my bond and reached out to help.

This became more than a book.  This became my love story to Vernazza.  For the heroes, the brave, the fallen and the stubbornly resilient.  This is about kindness and beauty; this is about past history and new beginnings.  This is also my chance to pay forward for a sacrifice made many years ago on a Costa Rican beach.

My hope is to move you, to inspire you and give you courage.  Courage in your own life to make a difference and to understand that no support is too little nor act too small.  We have all been saved in some way by someone at sometime in our lives.  The time has now come to be the brave, the one to pluck the suffering from the water.

Beautiful Vernazza before the flood.

Water raging through the harbor square.

Read more from this author at: http://onceinalifetimetravel.me/