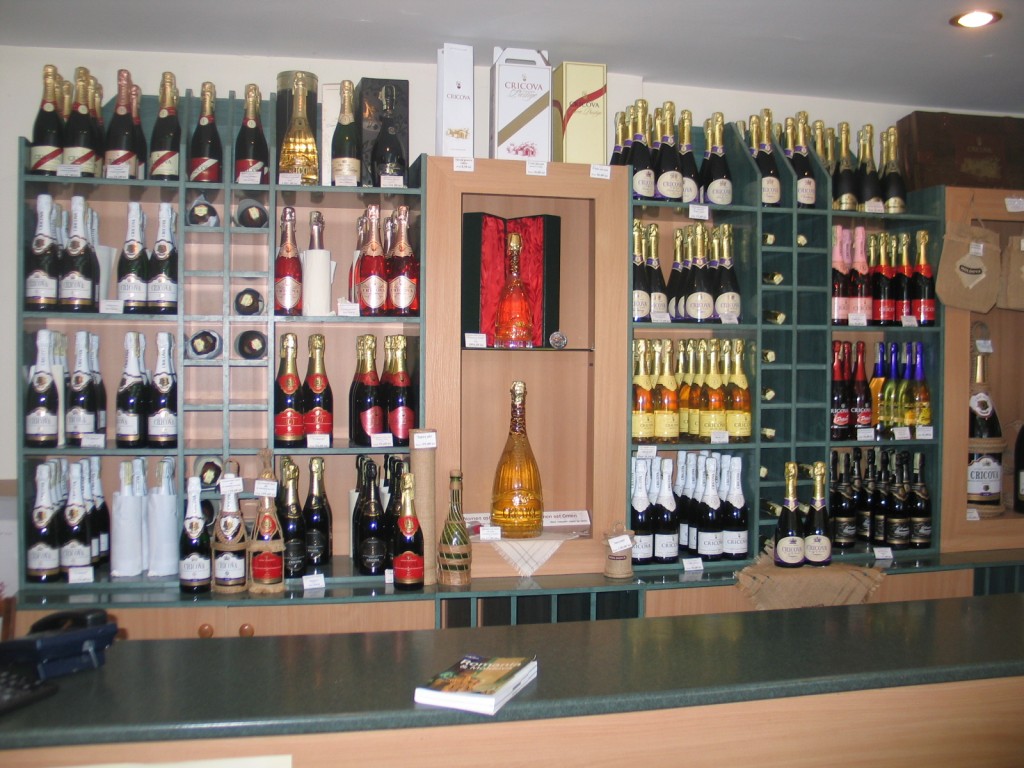 A couple of times a year, The Viking and I do a little bit of wine tasting in Germany, usually in the Moselle region. The procedure is very simple: you see a winery, enter, taste and buy. How much you taste and/or buy is entirely up to you. You are even not obliged to taste or buy anything, you can just have a look around.

After having traveled around for two weeks in Ukraine last summer, we decided to stop for a couple of days in Moldova. We had read that this small country – squeezed between Ukraine and Romania – produced some of the best wines of the world. We thought it would be fantastic to do a bit of wine tasting in an “exotic” country. We booked a hotel in the capital, Chisinau, which is surrounded by wineries. And to avoid any trouble, we decided to rent a taxi, so that we could taste as much wine as we wanted to.

Our taxi driver was a young man, who talked a bit of English. When we explained our plan to him, he became very enthusiastic and told us that we would have a fantastic day. And taste a lot of wines. Yep, that was the plan! And off we went!

We first went to a small place called Ialoveni, which was only a couple of kilometers from our hotel. According to the travel guide, there is an interesting wine shop, but when we arrived there, the place seemed to be abandoned. The Viking and I were a bit surprised and somehow disappointed, but our taxi driver was very optimistic and sure that at the next stop we would see a lot of things and taste a lot of wines. Yes, we would surely have a fantastic day!

We drove another ten kilometers to another small place, called Milestii Mici. Here you can find one of the biggest wineries of the country. It’s a huge property with a couple of big buildings and when the taxi driver parked the car, The Viking and I could already see the entrance to the wine cellar. And that’s the only thing we would see. A visit to the winery has to be booked beforehand and is quite expensive. The entrance fee does include a guided tour and wine tasting, but we are only interested in the tasting. But participating only in a wine tasting is impossible.

But maybe this winery was only an exception and other places would be more inviting. So, we decided to go on with our expedition and chose the next destination: Cricova. It’s the biggest and most popular winery in Moldova and it’s situated to the north of Chisinau. And according to the taxi driver, we would surely see a lot of interesting things there and would surely taste a lot of wines. Yes, we would surely have a fantastic day!

Going to Cricova means we had to go all the way back and drive to and through the center of the capital. And then The Viking and I were in for another surprise. Chisinau is not Paris, London or Brussels. It’s quite big yes, but it has little to offer to culture freaks. There are a couple of parks and lots of bars, restaurants and shops, but that’s basically it. It’s hard to believe, but there are almost no interesting museums, landmarks or monuments, nothing worthwhile to visit. Luckily, as you know, Chisinau is not our ultimate goal.
After some forty-five minutes, we finally arrived at Cricova. During this drive, the taxi driver hadn’t stopped talking and we actually had the feeling that the young man would like to have been included in our wine tasting experience. He became a bit too pushy, but at last he finally understood that we wanted to be alone. The young man was a bit disappointed though.
We were very excited when we entered the wine shop of Cricova. Surely, there will be some wine tasting here; I mean; this is the biggest and the best winery of Moldova. Without any doubt, these people are very proud of their produce and will surely do everything to promote it.
But our excitement quickly disappeared. The shop was small and completely filled with wine bottles and the like. We looked around to find some tables and chairs to sit down and taste, but there were none. The woman at the counter looked at us suspiciously and told us grumpily that in this shop we can only buy wine. Nothing else. If we want to taste wine, we have to go to another building. The Viking and I look at each other and shake our heads: what a nice place this is!

We headed to the other building. At the entrance was another unfriendly and strict woman. We heard the same story again. Wine tasting is possible, but is included in the guided tour together with a light meal. The Viking explained that we are not interested in the tour nor in the meal; he and his companion only want to taste. The woman looked at us as if we came from another planet, repeated what she had just said and then completely ignored us.

We were very surprised. But we refused to give up. And The Viking came up with a great idea. Why not buying a couple of bottles, ask for a couple of glasses and taste everything outside, on a bench beneath some trees? I loved the idea very much and we went back to the shop. We took our time to choose two bottles, since there was such a huge choice. The lady at the counter was in a completely different mood now and even seemed to be delighted with this purchase. We also asked for two glasses, but there were none and we had to do with one plastic cup.

We spent a couple of hours of pure bliss outside. Visitors to the winery seemed to be amused by the sight of us drinking wine under a tree. But soon a young couple followed their example and sat down on a bench with a couple of bottles too. The Viking and I hardly noticed them though. Not because we were drunk, but because we were so happy. It’s just a simple thing, drinking some wine under a tree, but we enjoyed ourselves very much.
In the middle of the afternoon, we went back to the shop, bought a small stock of different wines and called a taxi. After about 10 minutes, the same young taxi driver reappeared. He seemed to be in a good mood again and drove us back. Mission accomplished! And the wines were indeed delicious. 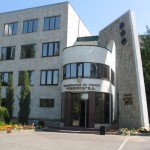 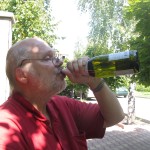 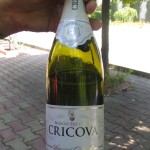 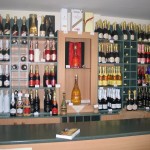 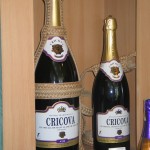 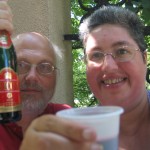