New York: The Most Familiar Place on Earth 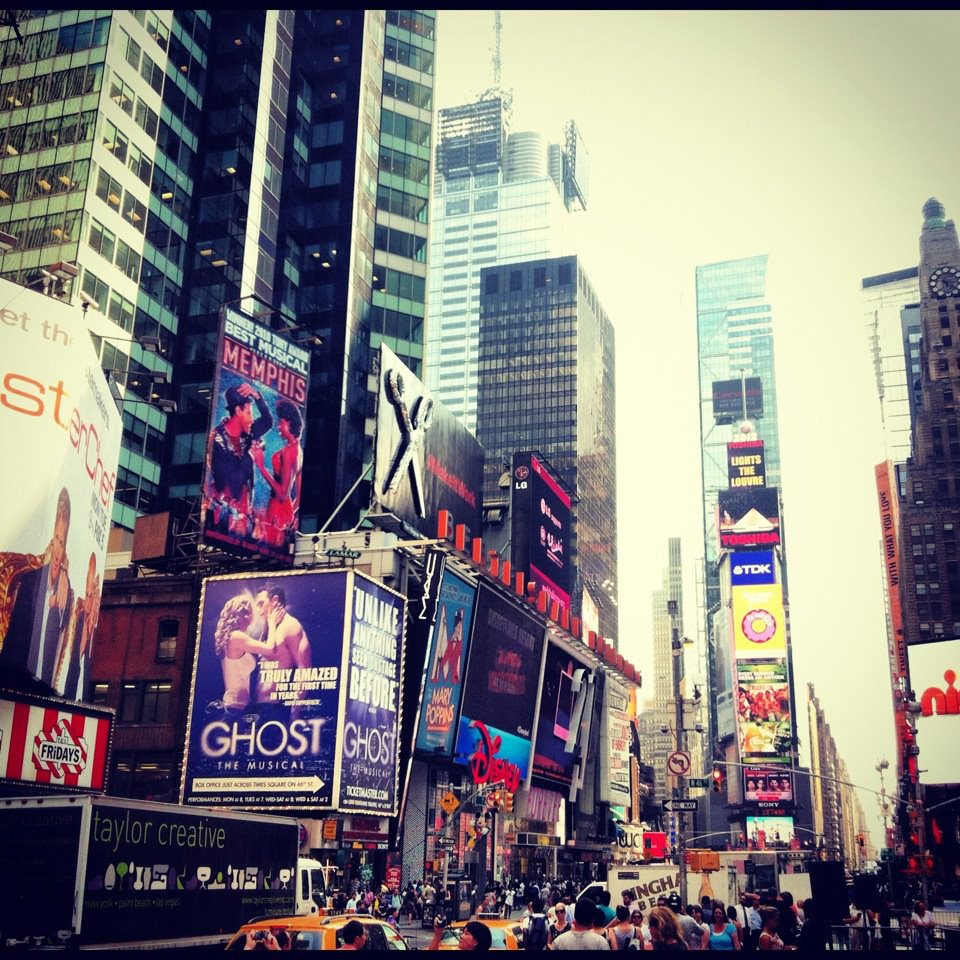 New York City is one of the most familiar places you will ever visit. Anyone who is plugged into todays modern pop culture socitey will feel  at ease as part of the new york culture as soon as they set eyes on the place. Tv shows like Sex and the City and movies like Valentines Day have emersed me so completely in the New York enviroment that every street name was familiar to me. Bells where ringing for me all over the city.

Shops like Tiffanys and Macy’s; Buildings such as the Chrysler building, flat iron building and the statue of liberty; Central Park and Grand Central Station. Ever one of these things are on the must see list of any New York tourist. And yet, whether I was stood at the foot of the flat iron building or looking out over the gorgeous city lights from the hights of the empire state building, it felt as though I had already been transported there years ago by Blair Waldorf and Annie Reed.

The people were also an experience. Many of the people I met reflected   the humorous stereotypes of the archetypal American. I had many positive encounters with New Yorkers, except for those who work in public transport, cabs etc…I think they may need to choose another vocation. An African American man taught us ‘your mama jokes’ to take back with us to Australia. These went along the lines of “you’re mama’s so fat, when she steps onto the scale it says…to be continued.” And then he would click his fingers and shake his head in a ‘uh huh girlfriend’ manner. He became my new best friend in those 10 minutes. We also ran into a man who, amongst the plethora of beggars and sign holders held up a piece of cardboard saying ‘I need money for my weed, I ain’t gonna lie.’ Gotta respect that!

There is a huge sense of excitment in times square, incomparable with any other city. Every tall building (and there are a lot of them!) looks important. The Starbucks clenching, briefcase holding people bustling in and out of them are just as important. Something is always going on in Time Square, and you can’t help but feel the need to be a part of it! An epic group of yoga-ists commandeered a chunk of times square. A sea of colourful yoga outfits with their yoga mats. I felt torn between the compulsion to join in and the thought that there was no way I could bend and stretch in front of so may people, all my woggly bits displayed in their tragic glory for everyone to judge! Although I’m sure no one was judging them…how could they when most of us were walking past, searching for the nearest place to sit down?

I loved every minute of my New York City trip, it’s one of those things I have always wanted to experience. It really feels like its the centre of the earth, which until now I was determined not to believe. I felt that if I was in New York then I wasn’t missing out on anything. If it was not happening in New York it’s not worth being a part of. Ok – I can safely say that is not true, but that is how I was feeling in the moment!

Read more from this author at: http://huntingforpleasures.wordpress.com/