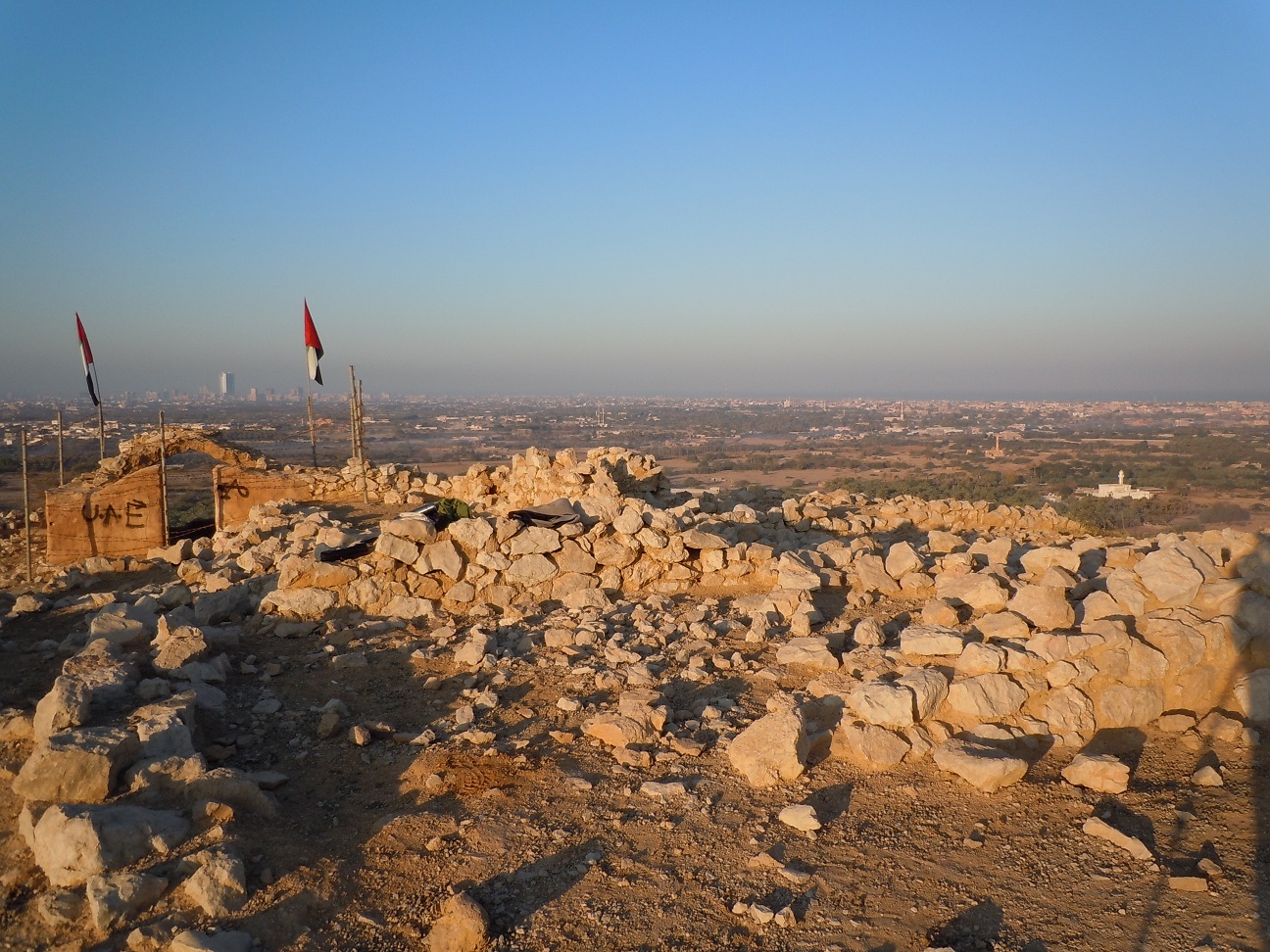 As the night slowly retreated to hide behind a cotton candy pink sky, I could sense the pulse of this rugged environment as it was gradually unveiling its beauty. It is a pulse that beats with regularity – slow and timeless. Perched on a hill-top, I had an eagle’s eye view of my surroundings: glittering glass buildings interrupting the monotonous evenness of the horizon to where it spills into the Arabian Sea; acacia trees dotting the barren, dusty land; mosques, houses and over-flowing dustbins that speak of human habitation; date palm farms cradling the sweet nectar of this dry land; and jagged mountains playing sentinel over the past, present and future.

On this crisp winter’s morning, I found myself at Sheba’s Palace – a place of tranquillity, peace and desolation. Traditionally, the name conjures up biblical stories, but this place has nothing to do with the famous Queen of Sheba who lived long before this 16th century Islamic palace was built in this tucked away corner of the United Arab Emirates. Where the city of Ras-al-Khaimah (RAK) now nestles, the settlement of Julphar, long ago, played host to travellers from all over the globe. It is rumoured that the place where I stood once served the ruler of Julphar as a summer residence when he wanted to escape the stifling humidity of the long, hot summers that blanket this part of the Arabian Peninsula.

The Hajar Mountains have played witness to the hopes, dreams and daily struggles of the many communities that have, through the ages, thrived in this area.  These barren mountains hide many dwellings, graves and treasures, and even when armed with GPS co-ordinates it has a reluctance to give up the past. Looking out over the village of Shimal I watched the stirrings of early morning life – goats nibbling through discarded trash and wisps of smoke slowly curling into the still air. Nothing else moved, except for the sun slowly climbing over the mountain tops before spilling golden light into the valley below.

It is a valley that has cradled life from the early Bronze Age to now. Here the Um An Nar tombs from the early Bronze Age (2600-2000BC), the Wadi Suq tombs from the Bronze Age (2000-1600BC), and a late Bronze settlement (1600-1200BC) rub shoulders with modern-day farmers, and the over-spill from city life. Excavated and forgotten, it is now only the goats that trudge between these stones. The treasures these sites yielded are housed safely behind glass in the RAK museum, where the occasional tourist can get a brief glimpse of past life.

In this landscape of stark contrasts, neglect is part of daily life. Here barbed wire puts up a feeble stance against graffiti artists and stray vandals. Exploring this area one regularly stumbles upon the past in the most unexpected places.  Huddling in a shroud of mystery that can only be re-constructed through educated guesses and imagined stories, the past is slowly crumbling away. The watch towers are the only buildings that seem to be deemed worthy of preservation, and as such, are doomed to play witness to the slow fading away of the memory of civilisations that once prospered here.

Ras-al-Khaimah plays little brother to the much richer Abu Dhabi and Dubai – names the world is familiar with. It is a poor sibling, despite its rich archaeological history – a history that is not advertised, but hides, like a pearl in the rough shell of an oyster. Perhaps part of the beauty of this emirate with its many hidden pearls lie precisely in the search and discovery thereof. Here one can easily imagine being part of the golden age of explorers that boldly left their familiar environs to discover exotic and distant lands. To me, Ras-al-Khaimah is still a place of fantasy and isolation; a place where the past lingers despite being overlooked by most.

Read more from this author: http://dreaminginarabic.wordpress.com