The Scottish Coffee Town of India 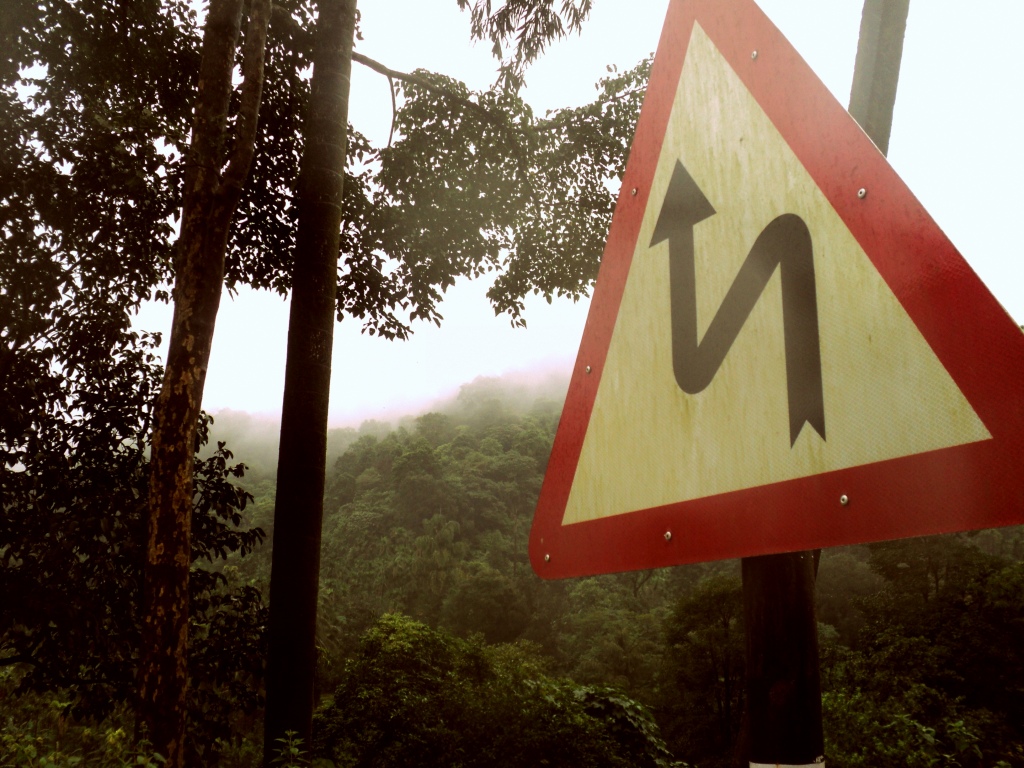 ‘No, thank you’, I mumbled in my thoughts.

The mumbling turned to chuckle when I saw another sign,’ Welcome to Majestic bus terminal’. There was no majesty in the place except the mindless rush of a people parade. I took it as a sarcasm. They named the place majestic. Indeed a sarcasm.

We boarded a  7 am pale white Volvo to Coorg. It is roughly a 5 1/2  hours journey: almost forgettable save the last half hour glide through the lush uphill green coffee estates, shrouded in mist and fog, and oozing lesser chaos and lesser mindless people parade as time closes about the 5 1/2 hour number.

‘WELCOME TO COORG’, yelled an old and rusty sign. I smiled in acknowledgement.

August in Coorg is considered an off-season due to the heavy rainfall the region witnesses, with an added blanket of creamy and dewy white clouds that spread over the hills and its coffee estates. So if you are here for the popular sights and tourism stuff, then do not visit this place in August; plan for a wintry gimmick; but if adventure and desolateness are on the cards, then there’s a time of the year called August.

One thing that makes this place different is the home-stay culture: locals here build small and cozy cottages in green, red, yellow and even pink to host travelers, either adjacent to the lanes of the town or a midst the coffee wilderness or even up above a lonely hill. They serve you homemade local cuisines and fresh garden coffee all day long. We were lucky to have stumbled upon one of the best home-stays in Coorg: it is called the ‘Coffee hills Estate stay’, and stands inside a two mile stretch of uphill coffee plantations. Located in the outskirts of the town of Coorg, this place has a green mountain view on one side and the stretch of coffee wilderness on the other, accompanied by the day long and night long sounds of water slapping down the rocks.  The place we wished to stay.

Unlike most of the hill towns and cities, there is this added option you get in Coorg: to roam around the town, and the popular tourist forts and the temples and museums, or getting set in the unexplored wilderness of this beautiful town. We chose the latter.

Our cottage lay by the picturesque State highway 88 and nestled a midst the coffee hill, 11 km from the main town of Coorg.

Our day would begin with the fresh aroma of hot coffee on a foggy day, with dew droplets sprinkled over the million coffee leafs around us, each turning into a pearl under the morning sunlit sky. Latif, the caretaker of the cottage, would bring us our morning breakfast and ask us for the lunch and dinner menu, which we would politely refuse. He knew that once we set out, we would not return till the day ended and the night stretched itself to a shade darker. He always remained indifferent, signing off the conversation with an informal smile.

There lies a water fall in a deserted forest, down the hiked way from the SH 88, near our stay. We explored the path of the falls and spent half a day at the falls, sometimes lying idly over the rocks and sometimes waist deep in the gushing waters.  There is an abandoned hut and three concrete benches in the dark woods. No animals were to be found, let alone a man. The evening was set for a stroll across the town followed by dinner at a bad motel. The town is all fine and usual: the streets are lined with shops and outlets selling the local wines and coffee and herbs; occasional resorts and stays; and the forts and estates. Coorg has it’s beauty hidden in three aspects- the unexplored and mist covered hills, the coffee estate stays and the picturesque SH 88.

Next day we decided to ride all the way up a distant hill, known as mandalpatti to the locals. Hiring bikes and scooters for a day is not allowed in Coorg( I still don’t get it) for the outsiders, but our host and the owner of the cottage, Mr. Ibrahim, arranged a pair of bikes for us. We liked him as well as his hospitality. The 30 km ride up the curvaceous hill was bumpy and murky. The visibility dropped to as low as 5m as we closed on the peak. There is even a provision of water rafting and quad-biking in Coorg, but if you were to believe me, this ride is the most adventurous of all. And not many know of this route; Ibrahim played the silent and statuette guide to us.

Some days he would just come to say hello to us and ask us about our next day plan and then purportedly change our plans, and later we would find that it was for the good. We talked about the natural habitat of Coorg and he would describe the way of a city when paralleled with that of this place with equal contempt and sarcasm, such is he obsessed with that small and lovely town. He was born there and has lived his entire life in a cottage nestled among the coffee woods, not far from our stay, that dates back to 1900. A century old cottage.

We avoided all the popular and crowded tourist attractions  to dwell in the wilderness. At times we would not go anywhere; we would just sit in our cottage and look at the mountains around, or take a stroll in the coffee estate. Once it rained and we had nowhere to go, so we went for a ride along the SH 88, for the third or the whatever, fifth time. This serenity oozing road, lined with occasional water falls and colorful, small huts on one side, and a mangrove habitat rooted lush mountains complementing the red and yellow huts in front of it with its foggy green. You could just spend the whole day, driving through all the miles it has to offer, and end the day with a dewy smile on your face.

It was our last night in Coorg. It rained and continued to rain all night. We tried our hands at pasta and a mess of poha. The rains stopped in between and we lighted a bonfire. We were tired and plagued with heavy fatigue: just sat around the fire and looked at the occasional flares coming out of it. A red lantern gleamed against the flares, hanging alongside the brick-red pillars of the cottage. We didn’t talk much, just peeped at the invisible smoky mountains from under the hood of  a pair of orange flares that squinted our eyes, and made way for a droplet of dew to traverse the line of our faces.

Brad paisley sang the Whiskey lullaby. We listened to him.

The night grew a shade darker.

The flares were a shade bright.

Read more from this author at: http://rhohitinani.wordpress.com/