Ride a Bird Anyone? 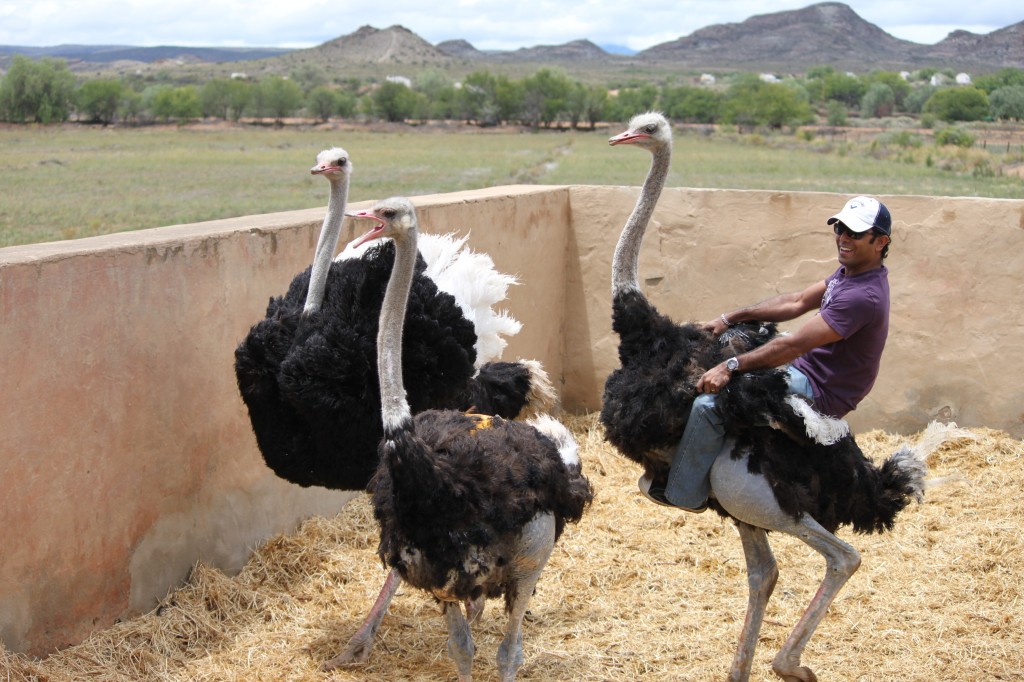 Wikipedia describes The Ostrich as one of the species of large flightless birds native to Africa, the only living member of the genus Struthio that is in the ratite family.. I describe them as a whole load of fun on two legs, especially when you are riding on one of them..

Yes, you can ride an Ostrich and I did this at the Highgate Ostrich Show Farm in Oudtshoorn in the Western Cape province of South Africa.

It was a fun filled and memorable day. Ostriches are quite tricky to ride and you don’t sit on a saddle or anything..The ostrich handlers, as part of the entertainment, tried their best to get me to fall off the ostrich, but I held on for dear life.. I think I probably lasted for about 4-5 minutes before I got off. It was a really great experience.

Oudtshoorn is widely considered as the Ostrich capital of South Africa.. Ostrich feathers are widely sought after in Europe and USA.. Ostrich Meat is a red meat that is low in fat that can be used in any traditional red meat recipe to produce great tasting dishes..

Ostriches are quite temperamental birds so be careful of their pecking. Its quite painful.

Riding an Ostrich was a welcome deviation from my part time activity of blogging about Shipping and Freight. I would definitely recommend this to anyone, however, you have to weigh less than 75 kgs.

Here’s some pics of my experience. Enjoy it and do visit South Africa. 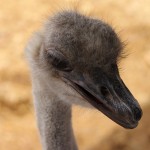 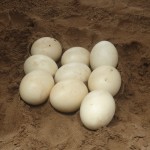 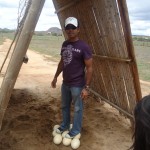 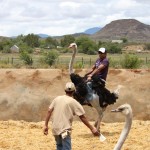 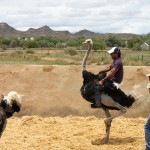 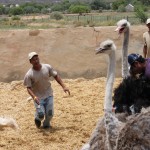 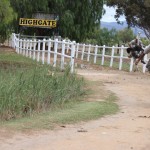 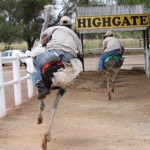 Read more from this author at: http://shippingandfreightresource.com/