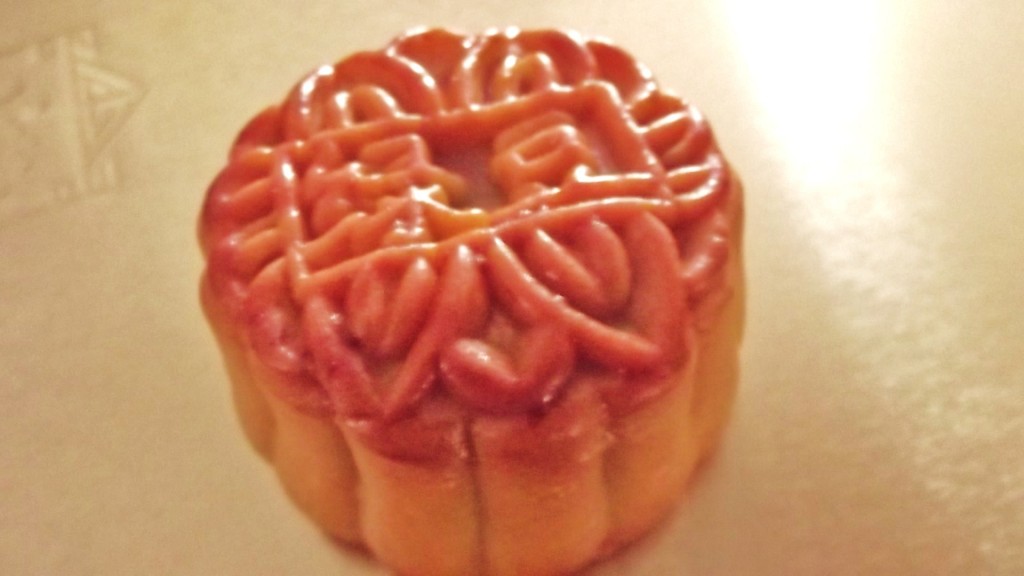 The Mid-Autumn festival is upon us. Anyone willing to stay in Shanghai during the country-wide, week-long holiday will have to grin and bear crowds of Chinese people in celebration. I have been forewarned. The large crowds (even larger than usual) can be the source of frustration if you let them. No matter how much you tell yourself that this will be a great opportunity to partake in a Chinese cultural celebration, you can’t help but groan at the fact that train- and airfare are jacked up because everyone is traveling or that you’re being knocked around in some mosh pit Chinese people consider a line. I’ve been telling myself that Shanghai will probably be something like New York City on New Year’s Eve or during the holidays, but it really will be nothing like New York. New York is not a big city, and there really are not a lot of people in it. Anyone who cares to refute me on this should spend a day trying to navigate the streets of the Jing’an District, one of the most populated districts in Shanghai. Let’s do a side-by-side comparison of the maps of the two cities, shall we.

The Mid-Autumn festival is also known as the Moon or Mooncake festival, and is one of the most important holidays in the Chinese calendar. One prominent feature of the Mid-Autumn festival is the mooncake, which is eaten in abundance during this time. Large tins of mooncakes are often given as gifts or some sort of gesture of appreciation. (Ashley, Melinda, and I have each received a tin of mooncakes from our employers.) When I got on the subway today, every inch of space on the subway walls was used to advertise bakeries that believe they have the best mooncake. Almost everyone I saw on the subway had a shopping bag full of mooncakes in tow.

What is a mooncake, you ask? It is considered a Chinese delicacy, mostly because they are so labor-intensive to make and each one is about 1,000 calories, and there are regional variations, but the typical mooncake is a small, round, chewy pastry that has a very dense filling. They are usually filled with red bean paste or lotus seed paste, and some come with a whole egg yolk in the middle to represent the full moon. The Cantonese-style mooncake has a chewy crust equivalent to the texture of a Fig Newton. The top of the crust has an imprint of the Chinese characters for “longevity” and “harmony,” as well as the character that indicates the type of filling.

If you can read Chinese characters there should be no surprises in your box of mooncakes. Unfortunately for us, a box of mooncakes with only Chinese characters to indicate what each one is filled with is like receiving a box of Russell Stover’s chocolates without that little map that shows what is in each chocolate. Our first mistake (we’ve been in China long enough, I think, to not make certain assumptions about the food) was that we assumed all mooncakes have sweet fillings and are only eaten as dessert. Well, when you are sharing a few mooncakes for dessert after a delicious homemade Italian meal, the last thing you want is to bite into one that has a dense beef, fish, or curry filling. That was the night we learned that mooncakes can be sweet or savory. I, of course, find myself saying all the time now that “Life is like a box of mooncakes; you never know what you’re gonna’ get.” Our second mistake was not having our friend Tabitha over for dinner sooner. She came over this past Saturday and was able to tell us everything that was in our three boxes of mooncakes because she can read characters. Life in China must be so much easier for expats who know the language and can read characters, but probably not as much fun or interesting. Life in China is an adventure, and so is eating a mooncake.

The Mid-Autumn Festival is held every year on the 15th day of the 8th month according to the Chinese calendar. Traditional holiday practices include eating mooncakes, matchmaking, hanging lanterns, burning incense, and fire dragon dances. Some parts of China may host dances for young men and women to attend so they can find “partners.” At these dances, women throw their handkerchiefs into the crowd, and any young man who catches it has a chance at romance. Matchmaking is important to the festival because it is when Yin and Yang come together to make the moon whole. This idea is associated with the legend of Houyi and Chang’e, who were husband and wife during 2200BCE and the reign of Emperor Yao. Houyi was given a pill that grants eternal life to all who swallow it by Emperor Yao for using his archery skills to shoot down the suns that threatened the Earth. There was one condition, though: Houyi could only take this pill after a full year of fasting and prayer, so he took the pill home and hid it. While he was away, Chang’e found the pill and swallowed it. She was able to fly away and landed on the moon. Houyi tried to pursue her but was forced back to Earth. On the moon, Chang’e coughed up half the pill and asked the hare who lived there if he could make another one so she could return to Earth and her husband. Legend has it that the hare is still working on this pill, but in the meantime Houyi built himself a palace on the sun and every year on the night of the festival he travels to the moon to visit his wife. This is when the moon is full and shines its brightest.

Ashley and I were planning on getting out of Shanghai for our week off (preferably to Chengdu to feed baby pandas at the panda sanctuary), but we were not expecting the prices of plane and train tickets to be so high. Instead we will be covering every square inch of Shanghai until we know the city inside and out. Neither of us has had time to really explore the city, so we will use this week to take the opportunity to do so.

I was very excited this week because I felt like I found my teaching style. It’s simple, really: I write on the whiteboard. A lot. Constantly. I know this doesn’t sound like much, but it seems to engage the students a lot more. When I write on the board I speak slower, students are paying close attention to what I’m writing, and I can more easily gauge what students do and do not understand. After two of my Western Culture classes, I felt great. I prepared a university-level lecture on American values, and the students, even the hard to reach ones, were fully engaged. To explain individualism I brought up Thoreau and his concept of “individual conscience.” I made a potentially dangerous point, here: I brought up Thoreau’s belief that we should be men first and subjects later, meaning that we have our own minds for a reason, so we shouldn’t just accept what the government says as right or just. I hope I don’t “disappear” for this. (Don’t worry, Mom, I’m just joking.) For equality, I really wanted to get across that it has always been a strange concept in America. For instance, how is Bill Gates equal to the average American? And I started this discussion by reaching back to the Declaration of Independence. “All men are created equal,” I said, “but Thomas Jefferson had slaves and even wrote how he thought slavery was wrong.” A few students wanted this opportunity to declare the U.S. as a nation of hypocrites, but I think most students understood me when I said that the Declaration of Independence, perhaps, was not meant to reflect the reality of the time but to pose a vision for the future. At the time the Declaration of Independence was written, “Independence” was what needed to be gained the most; freedom and equality for all would have to come later. One student compared it to China’s Five Year Plans: they don’t reflect the reality of the country; if anything they pose solutions to the problems the government hopes to put in place in five years’ time.

After these two successful classes I almost emailed Mr. Zap (my high school history teacher and life-long inspiration) to tell him that I had found my teaching style, that I now know how to engage my students. But then I had my third and final Western Culture class of the week and, suddenly, I didn’t feel like a teacher anymore. I can’t explain it, but I really do not like the dynamic the students in this particular class share. Something about them as a class makes them really difficult to teach. I could sense that they weren’t engaged with the material, and many of them were using their cell phones and doing other work in class. The one student in the class who I really cannot help but hate had the audacity to tell me that my lesson was boring and that I should talk about more interesting things. I wanted to physically harm him. He is so smug and slept through most of my class. But I feel that if two out of three classes really enjoyed the lecture, then it is this particular group of students that needs to change its attitude. Education is just as much about what the students put in as what the teacher does, and in this particular class I feel students put in next to no effort. However, I cannot help but feel a little deflated as a teacher. The high I had is gone.

But I won’t worry about that, now. I have a nice long holiday ahead of me (sort of, I still have my own school work I need to accomplish), and I intend to make the most of it.