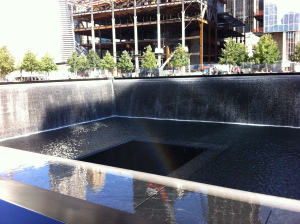 New York is considered the melting pot of the US. I call it the Colors Fondue.

I’ve spent four days in New York and aside from incredible photos I took along the way, I visited memorable places: Time Square, Broadway, Central Park, Ellis Island, Battery Park, 9/11 Memorial, China Town, Little Italy, and the Empire State Building. I left out (on purpose) quite a few other tourist attractions to visit with my family.

I knew what to expect (to some extent), after being told that it would feel a lot like home (as in home in Bucharest, Romania): crazy traffic, lots of pedestrians, tall buildings and constant noise. Others told me that New Yorkers are mean and rude people. Also, I was told to stay away from certain areas—I might go in, but won’t come out. Naturally, I listened.

Personal impressions? Well, lets start with the weather. I’m a huge fan of warmth, sun and cloudless skies. Out of four days, we only had one day (the last) of blue skies, but windy with temperatures around 60 degrees, which for me meant jacket, gloves and a shawl. Of course, I saw some people wearing only t-shirts and I shivered just looking at them.

The traffic is indeed insane. I don’t know how they do it, a mass of yellow cabs sprinkled here and there with other colors. The lights turn red more often than they turn green, and the drivers seem to hold a steady hand on their horns rather than on their wheel. Every few minutes another ambulance speeds down the street. To my surprise, that doesn’t really slow down the traffic—it’s already slowed either by the red lights or the constant constructions narrowing the already narrow streets to one or two lanes.

The buildings are impressive. We do have a few in downtown Phoenix, but not as tall and colorful. Some might not agree with all the advertising stuck to them, but I like it. It adds dynamism to the buzzing city. Modern and inviting stores occupy the first floor, with studios, offices or apartments—the higher the building the better the view. And did I mention the colors? Loved the red and blue and green next to either glass or brick facades. There’s a lot more to talk about the intricate architectural design, but since I know nothing about what represents which era, I’ll only say that it’s impressive, and even more impressive the fact that the constant renovations focus on preserving those historical elements.

New Yorkers are busy, fast people. It seems everyone is in a hurry. Compared with Arizonans where everyone has a smile plastered on their faces (it’s not Botox, I swear, it’s how we Arizonans are) New Yorkers seem… distant. Some smile back, some see through you, but overall they mind their business and you yours. We did meet a few really friendly (in the subway, of all places), eager to help us. But we also met some arrogant, rude ones (if you go to the Central Park, make sure the carriage driver is not a mean looking Russian—he tsks his teeth at you if you don’t agree to pay $100 for a ride!). China Town is not a friendly place either.

What impressed me the most was the play The Lion King on Broadway. I got teary eyed quite a few times during the show. Stunning costumes, professional performances and exquisite music made the experience unforgettable. Loved the drummer … and I’ll leave it at that.

Another outstanding place is the 9/11 Memorial. Kudos to those that designed it and those who built it. There’s an emotional and overwhelming undercurrent grabbing at your heart the entire time you’re there, as if the spirits of those we lost guide your steps throughout the entire site. A wide bronze band imprinted with the victims’ names ribbons The South and North Fountains while water falls down the large walls into the narrower square in the middle. I saw the rainbow on both fountains, I felt the breeze caused by the wind dancing with the white oak leaves, I heard the water’s murmur, telling untold stories. I touched the names of those I’ll never know, but forever will remember.

I can’t talk about the food. In retrospect, I realize my sense of adventure stopped at taking the subway and the ferry. I guess I was more interested in exploring places, walking one mile after another than sitting around in a restaurant and savoring delicious meals. I didn’t try any notorious food places, but stuck with salads (chicken Caesar salad at Giovanna’s in Little Italy was excellent), yogurt and fruits for breakfast and splurged in Carmel Machiatto’s from Starbucks. Not experiencing food the way I should’ve is reason enough to go back to New York, right?