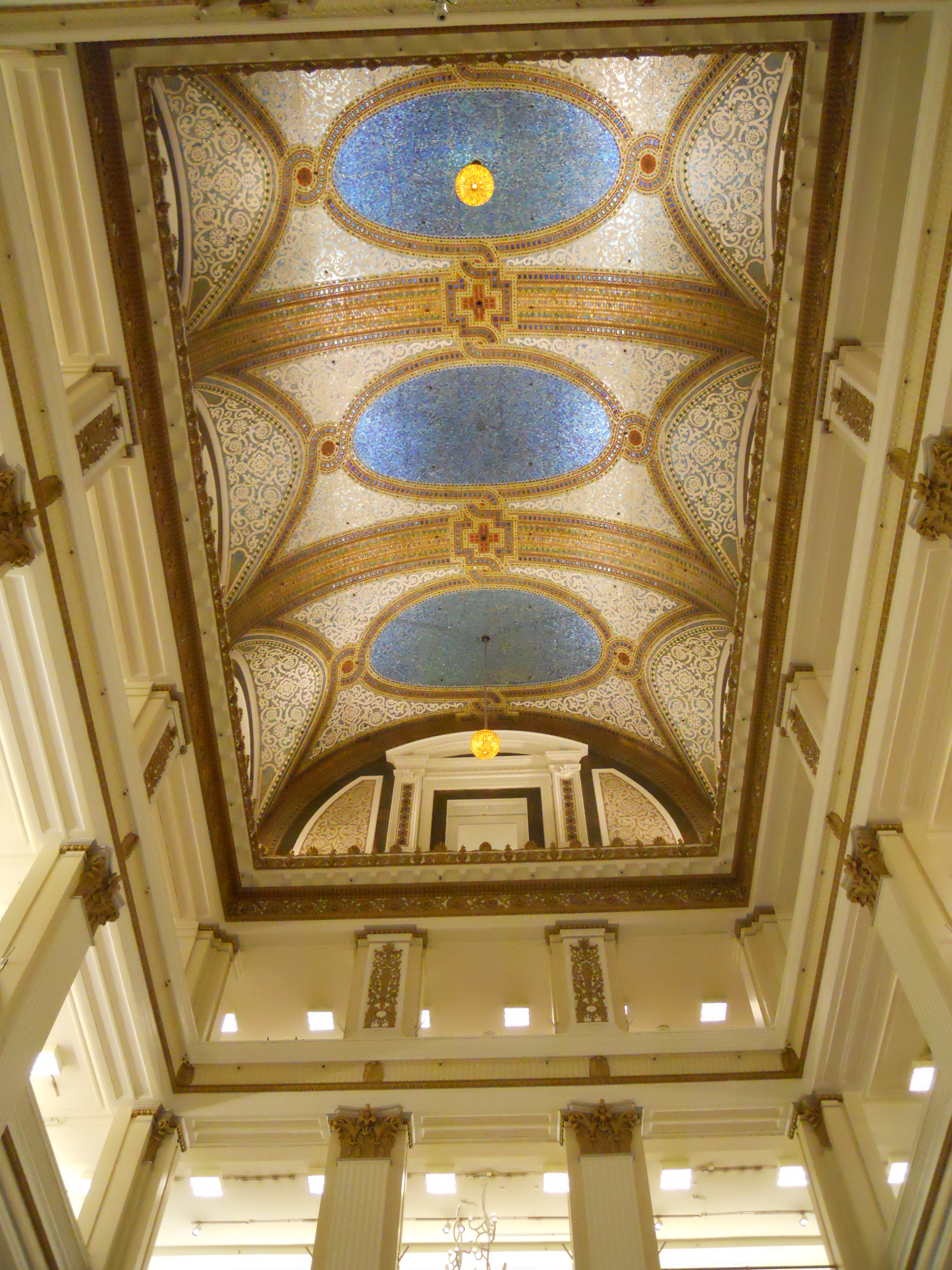 Featured writer: Get Around Cities

One of my best finds for my trip to Chicago was a Free Walking Tour that my mom and I took. It was through the Chicago Greeter Program, where anyone staying in a Chicago Hotel is able to submit a request with your preferences for what to see and do around the city. Then a native Chicago volunteer is selected based on your preferences and then they will tailor a two – four hour walking tour around the city. Since you will also receive a one-day unlimited metro card to use on the tour, your guide can take you to multiple locations around the city.  We decided on just staying in the downtown area due to plans later and the day and we requested Architecture and History as the themes for our personalized tour.

Our tour started in the Chicago Cultural Center at 77 E. Randolph Street which is downtown, just across the street from the Northwest corner of Millennium Park. This building is a spectacular place to begin with. It has been almost completely restored back to the grandeur it had when it was constructed in 1897. There are multiple halls and staircases covered with marble tile mosaics and stained glass dome ceilings. One of which is claimed as the Largest Tiffany Glass Dome in the World!  Even if it isn’t, it is still massive and beautiful with the sun shinning through it. It is such a shame that this building was almost torn down during the 1970’s.  Makes you wonder how many buildings like this have been torn down in the past and are lost forever.

Another stop on our tour was a Macy’s Department Store. You may be wondering, just like I was, what that has to do with history or architecture. The building that Macy’s now has as one of their flagship stores was once a Marshall Fields Department Store before being bought out by Macy’s in 2005. It was built in 1892 and is the second largest store in the world only trailing Macy’s New York City. Something not to miss when walking around the store is the Tiffany mosaic tile, barrel vaulted ceiling. As we walked around the store we could see many customers never even noticing what they were walking under.

Throughout the tour, our guide took us into many buildings that we would never have thought of walking through.  Our guide was also telling us stories about the Great Chicago Fire, the construction of the different buildings or the restoration of the many buildings we explored.  She was even able to get us into the small museum located at the Federal Reserve Bank of Chicago.   All in all, it was well worth the 3 hours we spent walking around with her.  If it wasn’t for prior engagements, we would have spent the whole afternoon walking around with our guide seeing as much as she could show us.  I will definitely be taking advantage of this program the next time I get back to Chicago!

Just a few of the other buildings we saw on our tour included:

What would your choices be for what to see on a talking tour? Architecture? Sports? Food? Nature? All of the above?