A Tour of Central Berlin 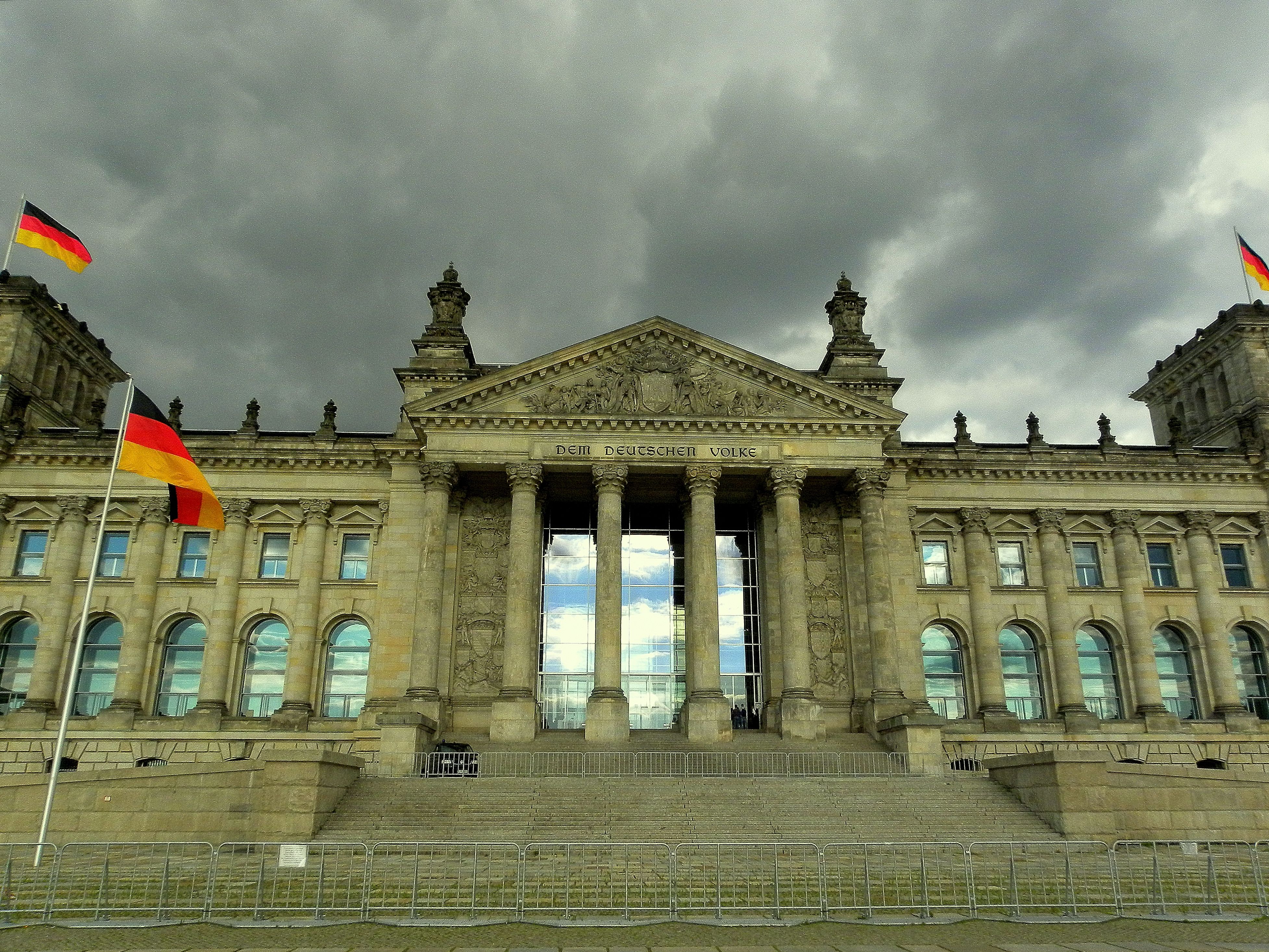 „Arm aber sexy” = „Poor, but sexy” – this is the motto that best sums up Berlin, the city with one of the most turbulent recent history. For those of you who have already visited other cities in Germany, particularly in Western Germany, you will have a (pleasant) shock on discovering Berlin.

The city whose origins date back to the 13th century has witnessed many significant moments in history: in the following order, it was the the capital of the Kingdom of Prussia, the German Empire, the Weimar Republic, the Third Reich, the German Democratic Republic and, finally, the Federal Republic of Germany. Given the terrible fights during the Second World War, Berlin was left almost completely devastated by 1945. Fortunately, most of the historical buildings affected have been rebuilt or restored in the subsequent decades in a manner that was faithful to the initial version.

The city, that was divided in two for almost three decades and the place that until 1989 marked the border between the capitalist West and the communist East, is very different from most other German cities. Although 23 years have gone by since the fall of the Berlin Wall, the discrepancies between the two parts of the city are still noticeable both architecturally and economically. Looking to the tower apartment blocks and the communist monuments in place, certain areas from the former East Berlin more likely resemble Moscow or other cities in Eastern Europe, such as Warsaw, Bucharest or Sofia. Consequently, don’t be surprised by the many working sites around Berlin: this is, after all, the city that is “condemned forever to becoming and never to being” (Karl Scheffler, author of Berlin: Ein Stadtschicksal, 1910).

Despite these aspects, the city has greatly developed in the last decades, particularly culturally. This fact and the relatively small prices compared to other Western cities have convinced people from all corners of the world to move here, transforming it into a multicultural centre along comparable to London or New York.

Berlin, the largest city in Germany, both in terms of population – 3.5 million inhabitants – as well as total surface – 891 km2, has a lot to offer. For this reason, it is recommended to allocate at least a week to visiting it, in order to get a real sense of the Berlin experience. However, as most tourists, you only have a weekend to do this, don’t worry, if you know exactly where to go, you will have enough time to see all the important sights, as most of them are situated within walking distance.

The following tour will be very useful if you are in a hurry and want to maximize the benefits of the trip without wasting precious time taking unnecessary detours.

The best thing is to start from Alexanderplatz, as this is one of the main public transport stations with U-bahn, S-bahn, tram and bus connections, linking all other areas of the city. As well as this, the square (Markt in German) is easy to find by the presence of the TV Tower, the 368 m tall construction that dominates the city. If you want to get an idea of how Germany’s capital city looks from 203 m up in the air, for the equivalent of 12 €, you can visit the tower and admire the spectacular view. Since you’re already up, you can also have your meal here. The tower offers its visitors the possibility to climb to the exquisite restaurant situated at 207 m. But since the seats in the restaurant are strictly limited by the location, bear in mind that you need to make a reservation in advance if you plan to do so on the TV Tower website here.

Besides this, Alexanderplatz is also a great place to do your shopping. Here you can find Alexa, the largest mall in Berlin, the department store Galeria Kaufhof and a Saturn centre.

In the vicinity of the TV Tower, on the left side, there is the town hall, also known as Rotes Rauthaus (the red Townhall) because of its colour, while on the right hand side there is the Marienkirche (the Church of Mary), an old and imposing church which can be visited for free.

Once arrived in front of the church, you will have reached the historic boulevard of Unter den Linden, that stretches along approximately 3 km (2 miles) between Alexanderplatz and the Brandenburg Gate. Head towards the latter and on your way you will come across other important sights, such as: the Berliner Dom (Berlin Dome), the Museumsinsel (Museum Island), the Deutsches Historisches Museum (the National History Museum), the Neue Wache (the Central Memorial), the Humboldt University, the oldest institution of its kind in Berlin, the Staatsoper (the National Opera House) and the Bebelplatz. In 1933, the latter sight was the venue for the burning of tens of thousands of books considered subversive by the National Socialists. To commemorate this terrible event and to remind the future generations of the mistakes made by their predecessors, a symbolic monument was built here. The monument is composed of a small window placed at ground level through which one can look below into a white room with empty bookcases, meant to symbolise the missing books burnt decades ago. A few steps farther from the monument, in front of the Humboldt University’s Law Faculty lays a plaque that reads: “Where they burn books, they ultimately burn people”.

From here you can take a detour and instead of going back to the Unter den Linden, head to the wonderful Gendarmenmarkt, a square flanked by two identical looking churches, the French Dome and the German Dome. Placed in perfect symmetry, between the two, there is the Konzerthaus (the Concert Hall), a neo-Roman style building. If you are tired, you can rest on one of the benches in the small garden near the French Dome or sit down on the steps of one of the buildings and continue to take photos from here.

From the Gendarmenmarkt, head back towards the Unter den Linden by crossing another historic boulevard: Friedrichstrasse, where you will be visually enchanted by the shopfronts of world renowned brands such as Gucci, Louis Vuitton, Hugo Boss or the Lafayette Galleries. Once you’re back on the central boulevard, continue your journey westwards until you reach the Pariser Platz and, obviously, the famous Brandenburg Gate.

After admiring the monument built at the end of the eighteenth century by the Prussian emperor, Wilhelm II, head onwards in the direction of the German Parliament building, called the Bundestag. This building dedicated to the German people as can be read on the frontispiece was considerably affected during the Second World War. Nevertheless, it was renovated in the last decades, mainly after the reunification of Germany in 1990, allowing the integration of modern architectural elements such as the giant glass dome on top of it, which can be visited by tourists free of charge. Due to the high demand, a visit to the Bundestag Kuppel must be reserved in advance on the Bundestag website here.

From the Bundestag hop on the 100 or 200 buses. If you’re lucky you might even find some seats on the first row of the double decker bus. Get off at the Bellevue station to look at the Presidential Palace situated on the shore of the Spree river and next to the extensive Tiergarten park.

Afterwards, head on by foot to the Victory Column or Siegessäule, situated in the middle of a wide intersection. You may have already seen this statue before, as it was featured in the Wim Wenders film, Das Himmel über Berlin (Wings of Desire). If you wish to climb to the top of the monument, get ready to climb up the 270 narrow steps. It’s a bit physically challenging, but once you feast your eyes on the panorama, it will be fully worth it.

Continue your journey on the 100 or 200 bus route and go all the way to the last stop, namely the Zoologischer Garten, the site of an impressive Zoological Garten that features the widest variety of species. I would, however, recommend that you visit the Zoo in the morning, so that you have sufficient time to go through it all, because there is plenty to see there. A bit farther from the Zoo, you will find the Kaiser-Willhelm Memorial Church or Gedächtnis-Kirche. Viewed as a symbol of peace, the church was gravely affected during the war, retaining only the western tower and some of its walls. Unlike other old buildings which suffered from bombed attacks, it was decided that the church not be restored, deliberately maintaining its ruin aspect, in order to continuously remind people of the horrors of war. Unfortunately, the church is currently being renovated, but guided tours are organised at certain times every day, as can be seen here.

From Breitscheidplatz, the place where the church stands, begins the wide commercial area composed of Tauentzienstrasse and Kürfustendamm, shortly known as Kudamm. During your walk along this famous boulevard from Berlin you will find international brands as well as many boutiques and chic cafés. On this street the KaDeWe is situated, the second department store in Europe behind Harrods. You can end the tour by dining at one of the various restaurants in the area.

After your meal, take the opportunity to admire central Berlin at night from one of the 100 or 200 buses. The public transport in Berlin is highly reliable; usually, the times on the schedule are strictly kept, there are many buses or trains available and during the weekend, all routes are open. You can buy your tickets or passes from the automatic machines, which can be found in every U-bahn or S-bahn station. For those who visit the city for 2-3 days, I recommend buying the 48h or 72h pass. More details on the prices and offers, you can check out here. By using the public transport means, you will manage to reach more sights in a shorter time frame.

No matter how you will choose to see Berlin, the experience will be unforgettable and it will be highly likely that you will want to come back here very soon.