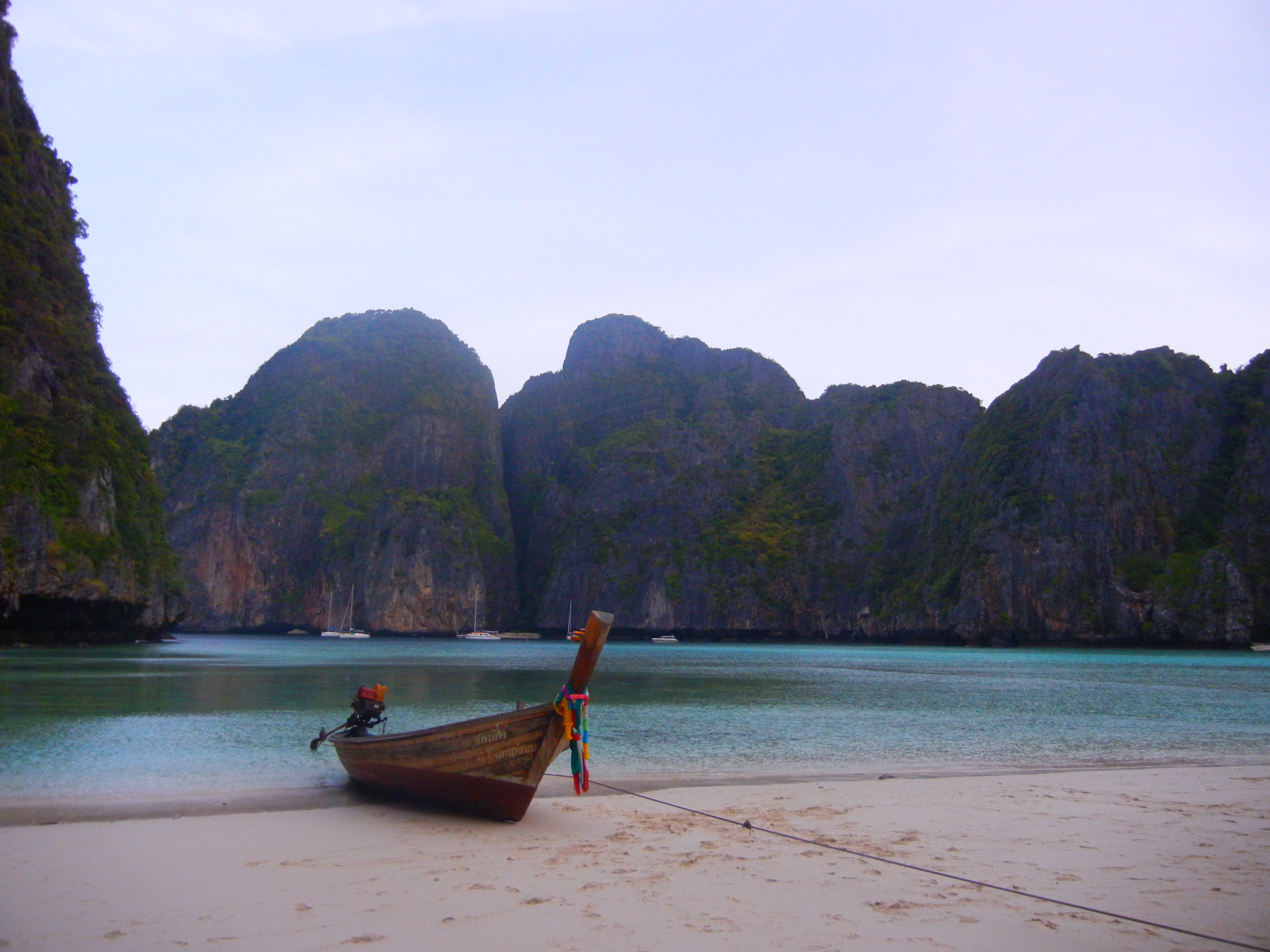 Anyone who has seen the huge blockbuster that is “The Beach” depicting the perfect backpacker’s paradise was surely completely captivated by the idea of, and sheer beauty that is, Maya Bay. Last December, I spent two whole week’s living on the amazing Phi Phi Don Island and finally realized a dream I have had ever since seeing the movie…was it amazing?

It was Christmas Eve and we had booked to spend the night camping under the stars on the ultimate paradise island, we took a boat, stopping on the way for some snorkeling,  we approached on the opposite side and walked through some of the forest…well I say forest, I mean foliage, and emerge on this nirvana just as the rest of the boats are leaving. We had the island to ourselves, well me and 30 others, which is a fraction of the amount of tourists that inhabit the beach during the day. We bump into a guy called Zak who we had met in Australia, when traveling you continuously find yourself bumping into the same people consistently. We all sit and watch the sun set, and then head off for drinks and some delicious Panang Chicken. I leave my towel on the beach like an absolute idiot, not thinking about the tides…duh!

We all sit around the campfire listening to a man play his guitar, smoke a joint and act like real hippies. I really need to start remembering never to mix this and alcohol as later that night I could be found swimming in the sea, at night in shark infested waters, whilst weeing as the toilet was way too far to walk (Sorry). Luckily I did not get eaten, and I’m glad I done this;  the plankton at Maya Bay really does sparkle when you touch it, just like in the movies – I mean I was high at the time but someone else seen it too, and it was so magical. I slightly regretted it later as I had lost my towel to the tides, and hadn’t brought a spare change of clothes. I spent the rest of the night wrapped in a sheet on the beach wondering if I would freeze to death. When the sun began to rise I was so thankful, and again it was incredible to have this beach virtually to yourself for an hour before people start piling in by the boat load.

I visited the bay once more two days later and the experience was not nearly the same, with so many people there.  If you go to Maya Bay pay the extra money and camp, numbers are limited so you are set to have an experience as close to what it looks on the big screen as possible…and yes, despite everything it was amazing.