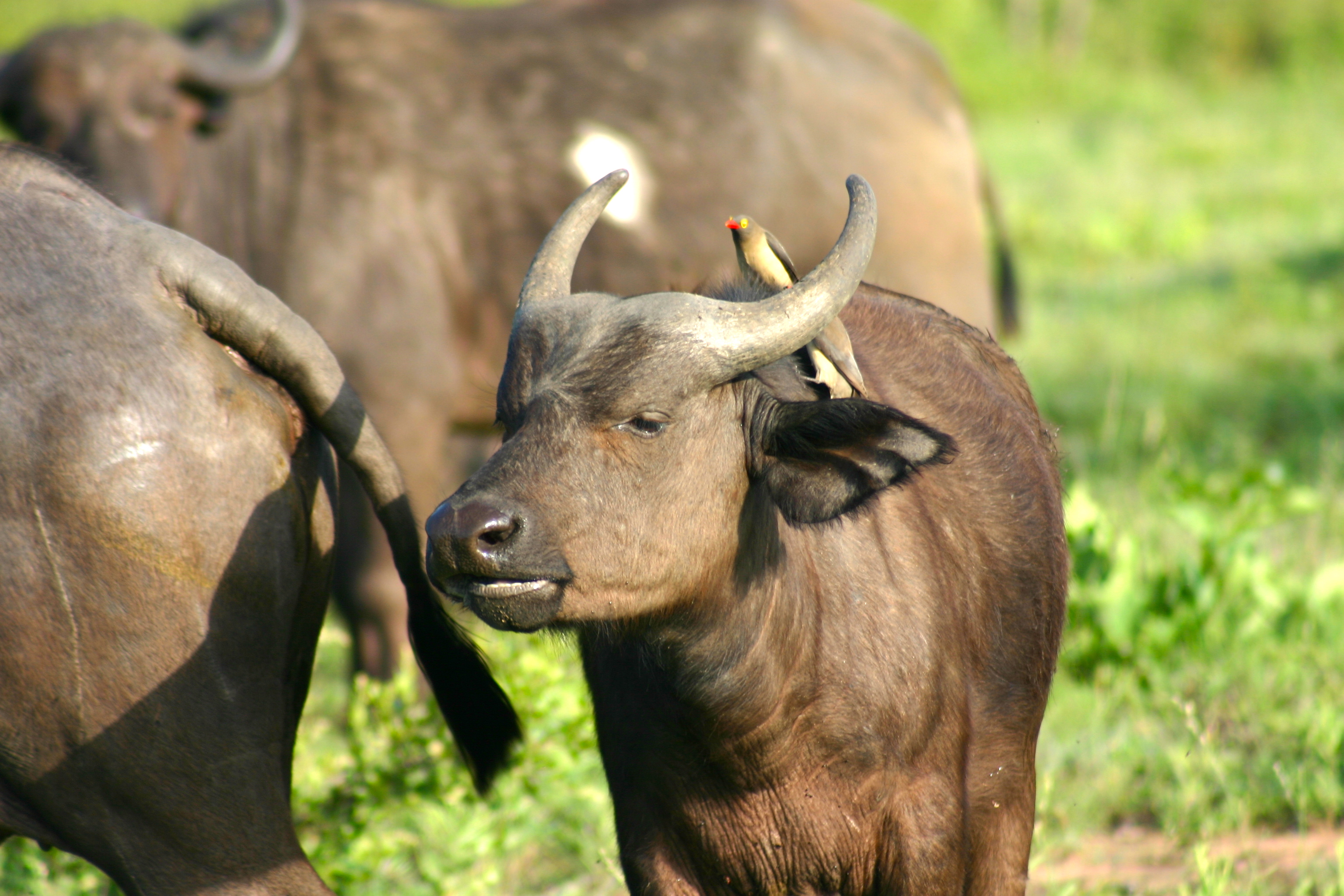 SCRATCH!  That’s the sound of a biggie being scratched off my bucket list.

Last month my sister–Barb and I traveled to South Africa and experienced a safari that blew our socks off!

It’s a long haul to get to Johannesburg from North America.  For me, it was a 29 hour ordeal, including a 7 hour layover in Heathrow.  I arrived at JNB, red-eyed (having taken 2 overnight flights on the journey) and exhausted.  After the disappointing setback of discovering my luggage was still in London(!), I met up with Barb at the Hyatt.  A quick overnight and then we were off to our safari!

We took a tiny plane to the Sabi Sand Region which borders on the famous Kruger National Park.  Fortunately some brilliant conservationists took down fences between these areas–and this “de-fencing” project is extending into neighboring countries as well.  It seems that animals aren’t aware of political borders!  The wide open spaces allow animals to move around freely once again.

SIDEBAR:  Selecting a safari can be overwhelming.  I started my search by googling 5-day safaris in Kruger.  My requirements were: safe, comfortable, affordable; meals and game drives included.  I checked each possibility on TripAdvisor for reviews.  Barb and I eventually settled on Idube Game Reserve through Africa Dynamics’ Sandra Collier.  Sandra is based in Washington State, so we were able to communicate on the phone easily.  She answered every question and made booking our trip so easy.  Her colleague in Canada met with Barb, as well.

Additionally, I was able to save thousands of dollars on my flights, thanks to YAPTA.  This website tracks flights that you select.  When/if the price goes down, they send you an alert email.  My airfare went from $4000+ to $1600, round trip.  So, it’s definitely worth looking into!

BACK TO ADVENTURE:  Idube offers 2 game drives daily (early morning and late afternoon/evening) as well as an optional safari walk.  Rob was our fearless leader for these outings.  I didn’t know what to expect in terms of animal viewing, safety, comfort, etc., but Rob has set the bar hopelessly high for future safaris.  This man knows flora, fauna, stars and more.  Rob has an uncanny ability to predict what an animal will do, and as a result, each guest is completely safe even while in the presence of “dangerous” animals.  He has such an affinity with his surroundings–I actually observed him carefully drive around a dung beetle on the road!  Every question we had, regardless of how many times he must have heard it before, was answered promptly, thoroughly and thoughtfully.

Ronald, the keen-eyed tracker, worked in tandem with Rob.  Sitting out front of the jeep, his sharp eyes picked out tracks on the trail, or animals in the distant bush.  He astonishingly spotted a tiny chameleon on a bush as we drove by it at night! Ronald prepared the jeep prior to each drive–including cozy blankets for the cool nights and rain ponchos for the damp excursions.

Every drive included a refreshment break.  Think safaris are “roughing it”?  Think again!  Part way through the morning, Rob and Ronald selected a picturesque setting, hauled out a table with a table-cloth(!), hot drinks and fresh-baked muffins for our nourishment.  In the evening, our repast usually took place in a wide open space that showcased the planetarium-like night sky.  Very civilized, indeed.

SO WHAT DID WE SEE?  The Big Five–the holy grail of safari!  Historically, this referred to the most difficult animals to hunt on foot, as well as the danger factor, rather than size.  Today, it’s a check list for many tourists that want to see the “stars of the safari”.  During our 5-day sojourn at Idube, Barb and I saw “The Big Five” and more!  Rob the Ranger and Ronald the Tracker, provided ample opportunities to observe these magnificent animals up close, in their natural setting and completely safe for human and beast alike.

Elephants!  We saw many elephants around the Sabi Sand region.  Surprisingly, they walk  very quietly.  Despite their massive size, they can disappear into a thicket in a heartbeat, or conversely, reveal themselves seemingly out of thin air!

Leopards!  These were my favorite…Their eyes are a spectacular greenish color–and so very intense!  This picture  was taken on day 2 of our safari.  The leopard nonchalantly strolled by our jeep.  I could have reached out and petted her tail as she passed by–but Rob made it very clear early on:  NO LIMBS OUTSIDE THE VEHICLE.

Rino’z!  Unfortunately, there are too many idiots out there who think that poaching these magnificent animals is a good idea.  So, I have intentionally misspelled the word so as to prevent said idiots from searching on the internet to locate these creatures.  We were lucky enough to see rinoz several times on our trip.

Lions!  We were treated to several amazing lion/lioness experiences.  We observed a pride of lionesses stalking an impala on our first drive.  They worked as a team and it was truly incredible to watch them in action.  As it turns out, the impala got lucky that day, but it was impressive nonetheless.  The intense gaze of a male lion is mesmerizing.  Since we had the luxury of 5 days, we never felt rushed during any of our animal “interactions”.  Rob seems to have a knack of knowing just how long to linger at a site–allowing guests to watch, photograph, or just be zen with the surroundings.  If you can swing it, I definitely recommend a 4-5 day safari if at all possible.

Buffalo!  I’m certain there are those that really find buffalos enchanting…I am not one of those.  So, while it was really interesting to see them and to “complete the list”, I didn’t really resonate with them.  That being said, there can be no denying that those horns are impressive!  And I wouldn’t want to make them angry–a herd of worked up buffalo would be frightening!

Check out the beautiful yellow-billed oxpeckers, enjoying some tasty bugs on the baby buffalo’s back!

In addition to the Big Five, we also saw MANY other animals…enough for several blog posts!

I’ve been home a month now, and I still feel the after-glow of this magical experience.  I guess the best word to describe the trip is: surreal.

Question:  if you scratch an item off your bucket list…is it ok to put it back on your list so you can do it all over again?  Seriously, safari is BACK on the list!

Oh, and by the way…my luggage finally showed up–4 days later!