By: Jillstravel Posted in: Destination, USA 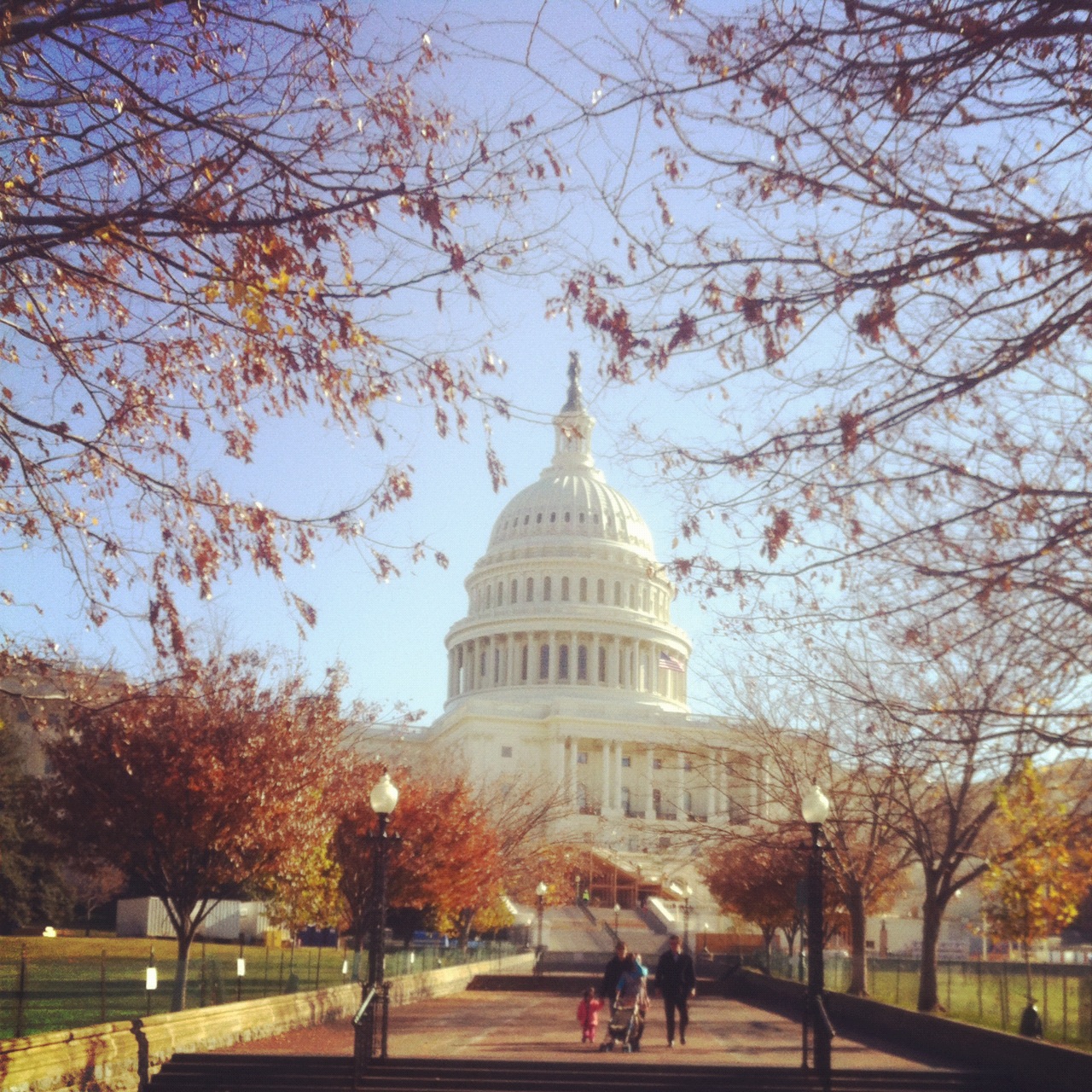 Long before Washington, D.C., existed, the shores of the Potomac were divided into plantations owned by wealthy traders and gentleman farmers. Mount Vernon,  just 16 miles from Washington was a plantation George Washington inherited and lived in from 1761 until his death.

Visiting Washington D.C. is a lesson in U.S. history, but in a fun, interactive way. The historic sights are awe-inspiring, the monuments thought-provoking, and many museums are free and filled with hands-on activities.

A guided tour inside the house at Mount Vernon allows visitors a peek into where history was made. We enjoyed exploring the grounds with views of the Potomac, Washington’s tomb, the slave quarters, and the children’s interactive area where our daughter dressed in period clothes and played games children of that era enjoyed playing.

For a tour of the Capitol building, visitors obtain free tickets on a first-come, first-served

basis, at the Capitol Guide Service kiosk located along the sidewalk southwest of the Capitol (near the intersection of First Street SW and Independence Avenue). Ticket distribution begins at 9 a.m. daily.

Most families won’t be able to tour the White House, but if you have relatives or friends nearby and can make a group of 10 or more, you can request a public tour of the White House up to six months in advance through your U.S representative. White House tours are scheduled Tuesday through Saturday, 7:30 a.m. to 12:30 p.m. For more information contact the White House Visitors Office, 202-456-7041.

We really enjoyed the free tour at the Bureau of Engraving and Printing. Obtain a ticket at Raoul Wallenberg Place for the 40-minute tour. It opens with a short film and walk through the building to view the printing process. A highlight is the display cabinet filled with counterfeit money and the gift shop offering souvenirs such as huge coins and shredded currency.

The Smithsonian Institution is the world’s largest museum and research complex with 18 museums and galleries. The Smithsonian Castle is a good place to start. It’s easy to spot on the Mall and offers a visitors center with free maps and brochures.

Nearby, the National Air and Space Museum is the most visited museum in the world. Climb inside the cockpit of a DC-7, view Neil Armstrong and Buzz Aldrin‘s spacesuits, see the gliders and planes developed by the Wright brothers for their first flights, and marvel at a 4 billion-year-old piece of the moon brought to earth during the Apollo space missions.

See Dorothy’s ruby slippers from The Wizard of Oz, the original Kermit the Frog puppet, gowns worn by first ladies throughout history, and the original Star-Spangled Banner that flew over Fort McHenry, inspiring our National Anthem at the The National Museum of American History .

the Holocaust told through the voice of an 8-year-old Jewish boy in 1930s Germany. First, watch a short film, and then walk through his “house,” read his journals, and look for clues to learn more about his family’s life. It will bring tears to your eyes.

The National Zoological Park has a Giant Panda Exhibit that has celebrated the birth of new baby pandas. In the Great Ape House, our 10-year-old and I were nose-to-nose (a glass window separated us) with Tina, an orangutan. It was a thrill to stare into the eyes of this beautiful animal. This is an amazing zoo, and it’s always free.

The Lincoln Memorial is spectacular at night. Built to resemble a Greek temple, it has 36 Doric columns, one for each state at the time of Lincoln’s demise. Lincoln looks out on the 555-foot Washington Monument, a freestanding structure containing 200 memorial stones from all 50 states.

Near the Lincoln Memorial is the Vietnam Veterans Memorial or “The Wall.” Its simple black polished granite panels list names of more than 58,000 Americans who died in the Vietnam War. Rubbings are taken of the names by loved ones, and flowers and letters are left next to the wall.

The National World War II Memorial, dedicated in 2004, takes up the space between the Washington Monument and the reflecting pool that stretches to the Lincoln Memorial. A broad plaza and reflecting pool is surrounded by 56 pillars — each representing a state or U.S. territory of that era. Two pavilions represent the victories in the Atlantic and Pacific.

The Thomas Jefferson Memorial was built in the style of Jefferson’s Rotunda at the University of Virginia and is inscribed with his writings. Next to the banks of the Tidal Basin, hundreds of cherry trees, given by the Japanese government, are spectacular in full bloom during the spring. Paddleboats can be rented from the boathouse on Maine Avenue.

Make sure you leave enough time to explore all of the monuments and memorials. Go on a day when you’re ready to walk — the distance from monument to monument is greater than it looks.

Along the George Washington Parkway

The Cascading Great Falls of the Potomac plunges more than 75 feet through a gorge of large boulders and jagged rocks. We enjoyed watching kayakers paddle upstream like salmon spawning in turbulent white water. For more information, www.nps.gov.

We chose the St. Gregory Hotel (2033 M St. NW, Washington, D.C., 800-829-5034, www.capitalhotelswdc.com) because of its location near Georgetown, minutes from the White House, Smithsonian, and three Metro stops. Many rooms are suites with a kitchen, sitting area and cozy bedroom. It’s ideal for families.

The Willard International (1401 Pennsylvania Ave., NW Washington, DC(800)327-0200.) The historic landmark hotel is located in the heart of Washington, DC, within walking distance to the National Mall, the White House, government and business offices, the theater district, and many other sightseeing attractions.

D.C. Cupcakes – Sisters Katherine Kallinis Berman and Sophie Kallinis LaMontagne are the co-founders of Georgetown Cupcake, stars of the hit series DC Cupcakes on TLC, and best-selling authors of The Cupcake Diaries. Their new book, Sweet Celebrations will be released in October 2012. There are 20 Everyday Flavors and 7 Specials of the Week. Try Bubblegum, Chocolate Coconut, or Sunshine Chocolate.

The best time to visit our nation’s capital is spring or late summer.It’s a historical journey that the entire family will remember.

National Park Service  www.nps.gov   – Since so many of the sites around Washington are owned by the U.S. government, this site is a natural. Get the lowdown on all the parks, memorials and historic sites here.

Smithsonian Institution  www.si.edu  –  Similarly, this site tells you about each of the museums in the Smithsonian system.

FIND A HOTEL –  When booking a hotel online, there are many sites to check. Hotels.com, hotelscheap.com and Yahoo and Orbitz travel sites all offer deals. For Washington, D.C., also try these sites before you make a final booking:  www.capitalhotelswdc.com  www.washingtondc.com/hotels/

Jill Weinlein is an award-winning freelance writer. She lives in California.