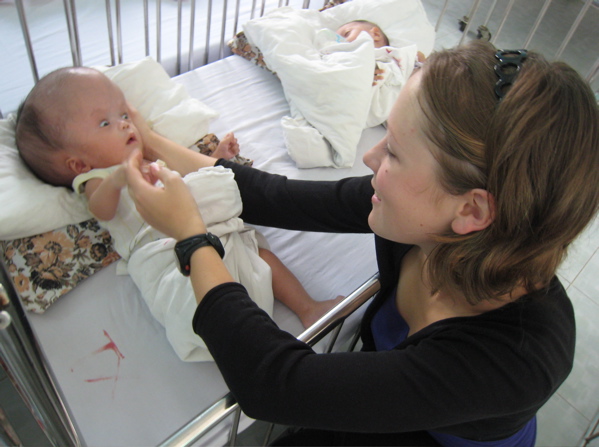 My Bucket List isn’t actually called that. Having spent the last thirteen years surviving nineteen brain surgeries and countless hospital stays, I have come closer to actually kicking said bucket than I have felt comfortable with, so I didn’t want list of ‘things to do before I die’.  Bit too close to home.  So I changed my list to ‘things to do before I’m forty’ – which is actually in five months time.

Brain surgery is nothing if not very, very glam.

I have had an ‘F-List’ (same as Bucket List only I swapped the ‘B’ of ‘Bucket’ with an ‘F’ for ‘Forty’ – wink, wink) since I was about thirty-three, but at the time I drew it up, I was actually seriously ill (brain surgery number ten was particularly nightmarish). There are only eight items on my list but I had to be realistic about my physical limitations. The medical phenomena which has graced its presence upon me and enabled me to experience the joys of brain surgery oh-so-multiple-times is hydrocephalus – fluid in the brain.  Here’s a quick guide to what it means:

And that’s about it.  So as I cannot drain this CSF myself, I have something called a shunt implanted in my brain to do it for me.  A shunt is a bit like a glorified drinking straw; it’s a long, bendy tube and sticks straight into the bit of the brain – the ventricles –  where the excess fluid is building up.

This is me lil’ lifesaver. My shunt. Told you it looks like a glorified drinking straw. The bottom end actually runs all the way down into the abdomen. And no, that’s not my head.

There’s a valve that can be adjusted depending on how much fluid you want to let out.  It lies under the skin on my head – sort of behind my ear –   then it tunnels down my body (I can track it down to just above my right boob and then it disappears) and ends up in my abdomen, or peritoneal cavity to be precise. Hydrocephalus is a challenge to say the least.  The reason for so many brain surgeries is that it has taken a lot of trial and error to establish to what degree I have it (severely), getting the right shunt to suit me (quite a few did not) and overcoming the complications of shunts (they can block, let too much fluid out, get infected – hideous – and generally play up sometimes).  Luckily for me, my surgeon, Mr Watkins, is fantastic and has never given up on me, even when I was having brain surgery every seven months and nothing seemed to be working.

Me with a bolt sticking out of my head. It goes into the brain and records pressure levels inside. It’s a winning look.  I think this could take off.

On my F-List is an idea I had when I was lying in my hospital bed one day feeling really rather grotty.  I was thinking about the countries where treatment for hydrocephalus is very limited, or non-existent.  I couldn’t get the idea of having no treatment whatsoever out of my mind. Poor countries often simply cannot afford to treat hydrocephalus as it’s such a specialist condition yet it has a very high incidence.  Out of approximately four hundred thousand newborns born with hydrocephalus this year, seventy-nine percent of them will be born in the developing world.  What I wanted to do was to get hold of the many shunts which are thrown away by UK hospitals and shunt manufacturers each year (due to passing their expiry dates, over-ordering or simply being surplus stock) and send them to the countries crying out for them. I had been researching how to do this on and off in my surgery-free periods for years, waiting for a long-enough window of good health to start putting it into action. I decided to start off with an amazing place I had been reading about for some time.

The Go Vap Orphanage
I had stumbled across a YouTube video of the Go Vap Orphanage in Vietnam purely by accident when I was researching hydrocephalus for myself as I was just about to go into hospital to have what felt like surgery number two million.  The video shows a beautiful woman (Kim Nguyen Browne, a former orphan of the orphanage herself) in a room full of metal cots, each containing a child with untreated hydrocephalus.  Kim explained that this is the ‘terminal ward’; nothing will be done for these children and she called it ‘The Waiting Room’ as they are simply waiting to die.  Here is a link to the video I mentioned and which I watched; Kim is in it: The Terminal Ward At Go Vap Orphanage.

A volunteer at Go Vap Orphanage with one of the babies with hydrocephalus.

After watching this, I was determined to try and get some shunts to them.  I have actually managed to not have a brain surgery now for eighteen months; my all-time record!  So I felt that now is the time to crack on and get this done; strike while the iron’s hot (or while the brain is behaving).  To cut a long story short, for the last few months I have been approaching hospitals, neurosurgeons, medical secretaries, surgeons overseas who work in the affected countries I want to help – anyone that I think may be able to offer me advice – and basically trying to get them to see what a massive problem this is; discarding perfectly useable medical equipment when it could be saving the lives of hundreds of children.  Last week I had my first breakthrough; a large London hospital donated three shunts (full kits and a manual for the surgeons) to be used in Go Vap Orphanage.  As if that didn’t bring a big enough smile to my face, Codman, a major shunt manufacturer, donated forty shunt catheters – the bit that runs down the body to the abdomen – to be used by surgeons in Kijabe, Kenya, who are currently experiencing big problems with the shunt catheters they have to hand which are very cheaply produced and have therefore been perforating internal organs of the children they’re implanted in.  The Codman shunts catheters are of very high quality and don’t do this.  Seeing as I only started to really get this project of the ground seven weeks ago,  I am over the moon that two major donors have come forwards already.

The day I collected the three shunts from London: a very happy day!

I’ve had nothing but support and encouragement so far from everyone I’ve approached (and that’s only about one eighth of my list of hospitals) so I feel positive that now one major hospital and one major manufacturer have donated, others will follow suit.  So…now I need to get these shunts packed and off to their rightful owners; the children currently lying in pain overseas.  The three complete shunts going to Vietnam will save three children from being transferred directly to ‘The Waiting Room’ and the forty catheters going to Kenya will save children having to undergo multiple surgeries to correct the complications caused by the only cheap shunts they have access to.

It is a lot of work.  A lot of time spent on the phone, online, sending emails and furrowing my brow into a worryingly deep crease as I try and figure out the best way to take this project forward to ensure that ALL hospitals in the UK stop chucking their shunts away and give them to me so that these poor children can have the chance of life.  But I am determined.  Sometimes my headaches – a by-product of the hydrocephalus meaning they’re constant, twenty-four-hours-a-day-and-seven-days-a-week affairs, prevent me from making as quick progress as I would like but that’s just the way it has to be.  This week or next I shall (hopefully) be meeting with Kim in London to give her the shunts to take back to Vietnam.  And then I’ll be hunting for more.

So my ‘Bucket List’ isn’t about adrenaline rushes, bungee jumps, far-flung travel (I’m not able to fly anymore; pressure issues with the brain mean my head wouldn’t be able to cope with it and I’d become very ill) or even major personal ambition.  It feels to me that it’s more about taking control of this condition which can be at best, challenging in a positive way; talk about not taking life for granted any more! –  and at worst, indescribably horrible, scary and stressful.  I want to know I can help these children lying in those metal cots, suffering unbearable headaches, nausea, pressure and seizures to get some relief because I know how it actually feels better than any of the lovely nurses and surgeons treating them.  All we have to do as a country is not throw the shunts out; send them to me.  THAT will make a massive difference.  My Shunt Hunt continues!