Why You Should Visit Malaysia’s Juara Beach Now 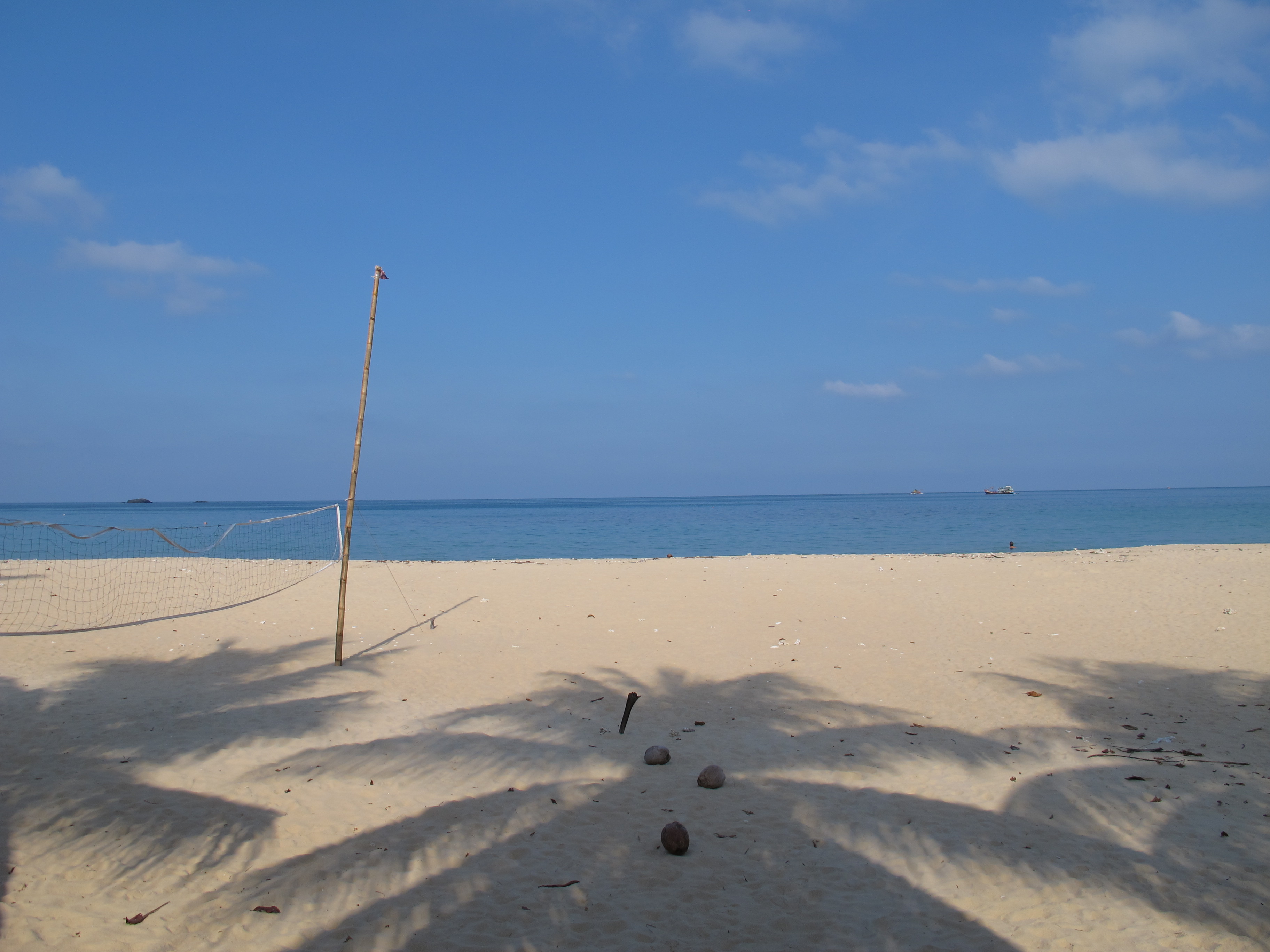 In the 1970s, Malaysia’s Tioman Island was named one of the ten most beautiful islands in the world by Time magazine.  What this meant then was that the island lived up to a flurry of travel brochure clichés: pristine beaches, colourful reefs, lush jungles and so forth.  What I assume it means today is that tourists and developers have had forty years to enthusiastically ruin it.

But Tioman Island is shaped like a teardrop, with a mountain range delineating west from east.  On the accessible west side, beach resorts have indeed sprouted like mushrooms, clustered around one of seven ferry stops, shuttling in visitors from mainland Malaysia; on the east, where tiny Juara is the only town of note, little has changed. Getting There is Half the Fun

From mainland Malaysia, Juara is accessible through a west-side village called Tekek.  To cross the mountainous spine of the island, we negotiated a Jeep fare with one of the men.  By negotiate, I mean that we convince the man to knock 5 ringgit off his original asking price, likely just to get us to stop the amateurish threatening-to-walk-away bit we’d ripped straight from our ‘How to be a Tourist in Asia’ guidebook.  No matter: it’s 50 ringgit (about $16 USD) for two people to get across the island.

With the discount, came a discounted driver.  The negotiator showed us to the Jeep, where his brother, maybe twelve years old, was waiting.  We climb in, buckle up, and the prepubescent boy drives us up and over the mountains and into Juara.  The road is narrow, winding, steep and full of holes, but we make it to the other side of the island.  Alive.  Which is all I have to say about the Jeep ride.

You Can’t Beat the Price

Budget accommodation is dotted along the beachfront and since we didn’t make reservations (online research beforehand indicated that since Internet access is spotty here, it’s actually easier just to show up and find a place in person), we took a stroll down the sand and browsed the options.  The Rainbow Chalet was chosen arbitrarily: aside from benefitting from a unique colour aesthetic, it didn’t seem much different from anything else on offer.  Cheap, beachside, stand-alone units seem to be in fashion.

We netted a private cabin with a bed, bathroom and ceiling fan.  It was rustic, with the bare-bulb ambiance one expects for 50 ringgit ($16 USD) a night, but the room itself is only of marginal interest.  The real appeal to renting a chalet is access to the unit’s shady front porch, complete with two wooden chairs, a table for books and sunscreen, and a view of the sand and the water interrupted only by a row of palm trees.  It’s not a bad trade for what would have been lunch money back home. You Won’t Get Bored

For a place with very little going on, there is a lot to do.  A waterfall in the mountains makes a good half-day trek, though the destination itself is admittedly not a highlight; a sea turtle conservation project at the far end of the beach makes for another good walk, past turquoise-painted houses and slow-moving monitor lizards, though we arrive too late for the talk (daily, at 11am, 2pm and 4pm for a 10 ringgit donation).

We spent another day in the water, renting snorkels and masks from the front desk at the Rainbow Chalet (8 ringgits, or about $2.50, for a day’s rental).  I ask the owner where the best snorkeling is and he points to the water.  ‘Over there,’ he says casually.  His hand skims the horizon.  ‘And over there too.’  The ocean, it seems, is a good snorkeling spot.  All we have to do is wade into the clear, bath-temperature water and we’re surrounded by schools of angelfish.  I watch two barracuda undulating as tiny cleaner fish suck at their flanks.  Clownfish dart among sea anemones and a black and white sea snake sleeps on the ocean floor. We make one final trek before leaving the island: we hire a Jeep to take us halfway up the mountain and hike the rest of the way to Tekek from there.  The jungle is green and humid, and sounds like an aviary.  Monkeys chase us along the power line, eyeing the muesli bar I’m greedily stuffing into my mouth.  It’s not glamorous, not by a long shot, but there can’t be many places left on earth that marry pristine, tropical beaches with a budget-friendly price tag.  And once we return to Tekek, return to the traffic and the feral cats, it’s hard not to feel like we had caught a glimpse of Tioman as it was.  It’s also hard to imagine it will stay that way for much longer. Elen Cox is travel writer based in Washington, DC.  She has written for a number of online publications including BootsnAll, Matador Travel and Destination New Zealand.  You can follow her though her travel blog, Further Than You Think.