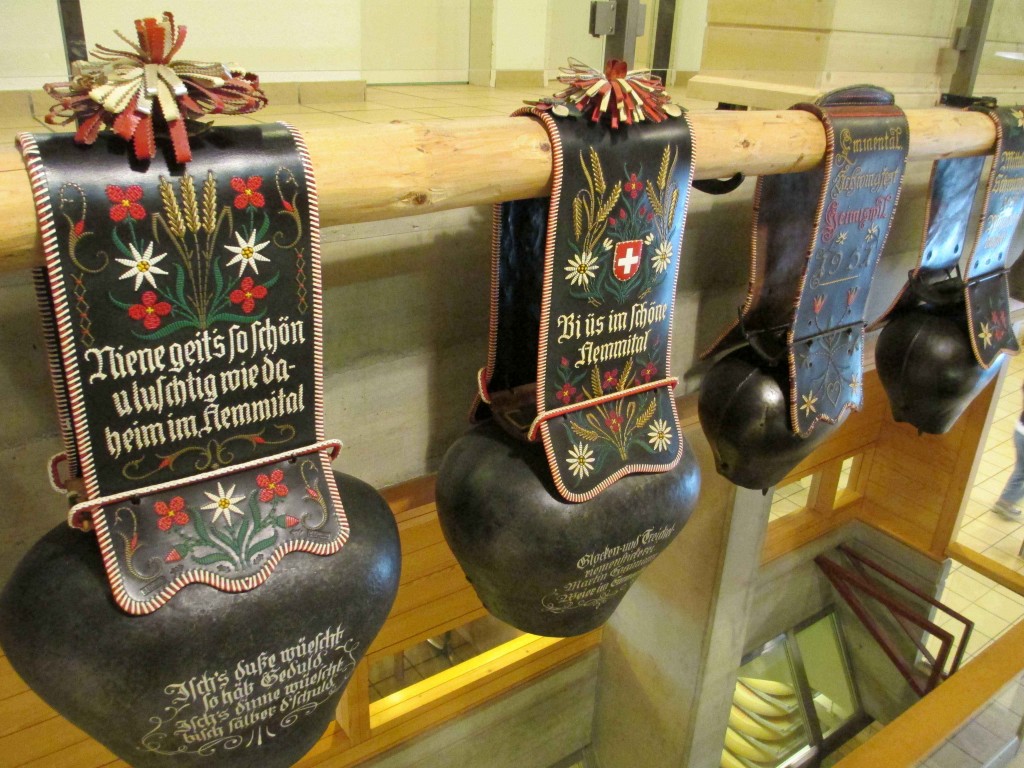 Growing up in the 80’s meant a heavy dose of Tom & Jerry cartoons and a longing to taste the cheese with holes that Jerry so loved! It was only on a recent trip to Switzerland that I tasted Emmental, that particular variety of cheese. And that too in Emmental no less, the region that lends its name to this cheese and also got a glimpse of how it’s prepared.

Emmental, nestled between Emme River and Tal valley, seems every bit suitable to produce wheels after wheels of delicious pale yellow cheese. When I saw the number of plump cows – with the famous Swiss bells dangling from their necks – that rushed to the fence to greet our car, I knew I was in for a treat.

Karl brings out the tray for cheese tasting.

We drove up to Emmentaler Schaukaeserei, a show dairy, where I watched milk turn into cheese in large vats, sampled some of their best slices and bought fresh dairy products. I was, however, most interested in meeting Karl, the man who guided us through each of the sections, explaining the transformation of milk to cheese. The holes in Emmental are fondly called ‘tears,’ and old cheese is said to ‘have tears in its eyes,’ as there’s salt accumulated in the holes, after a year of storage. In fact, wholesalers of the cheese have to wash the wheels to get rid of the salt. After this tour and explanation, Karl brought out a tray with three varieties of Emmental for us to taste.

Cheese wheels at the show dairy.

The right way to go about tasting is to start with the mild ones, and finish with the strongest. I took a bite of the mild Emmental cube, excited to experience the true flavour. It seemed bitter at first and had a nutty aftertaste. The texture felt perfectly cheesy as I chewed it. Next, I tried the medium cheese – it was softer and bitterer. According to Karl, it is the old one that is the acquired test, and the most people preferred. Well, it was too strong for my taste and I almost crinkled up my nose when Karl was not looking!

I wished I had liked the taste of emmental right away, because I was really looking forward to enjoy it. Instead, it’s turning out a bit like my story with wine – Didn’t enjoy it in the beginning, tried it in small measures to acquire and appreciate the flavours, and now, I’m an absolute red wine fan!