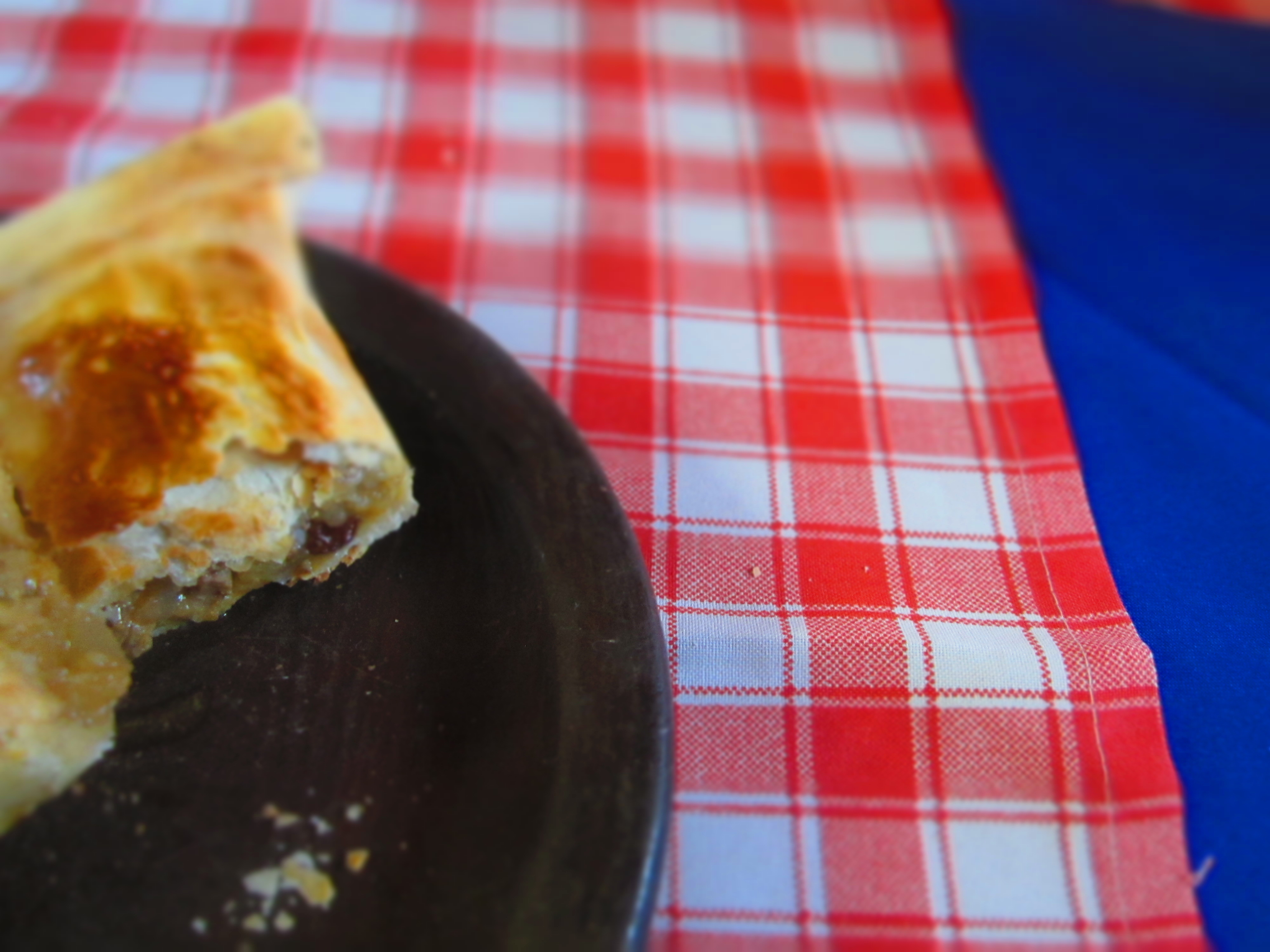 Now that the national holidays have ended and the highways are again clogged with people making their way to work, one’s waistline is left in peace to reflect on the food fest that is Chile’s national holiday, or fiestas patrias.

Chileans celebrate their independence on the 18th of September – and they do so in the spirit of so many South American countries; excitedly and with the ritual consumption of copious amounts of pastries, meat and alcohol. Pebre – a tomato and onion based topping for bread – and ají (chilli!) take pride of place at the table…

From tip to tail of this incredibly long skinny land, the holiday season begins several weeks before, with sales and the suggestive tone that soon one will be able to eat their bodyweight in meat.  Workers prepare their applications and excuses to take sick leave the day before and after the holiday – enternally productive! – and homes and businesses are decorated with Chilean flags.

During the build up, the daily news begins to take on a holiday-season tone: New safety regulations for the use of volantines (kite flying) are sketched out, prohibiting children from playing too close to highways.  The nutritional value of meat is discussed and people advised on how to avoid weight gain during the season.  Hangovers are denounced and fail-safe methods for reducing the especially sneaky variety of hangover delivered by chicha (sweet, fermented grape juce) are identified.  (And as in so many cultures, the hair of the dog method purports excellence.)

Then finally the season hits and friends and families gather to have an asado (barbeque), drink chicha, fly volantines, frolic in a fonda (local street party) and dance cueca (the national dance), many dressed in traditional trajes de huaso or chinita dresses. Along with roast meat, kites and devilishly sweet alcoholic drinks, empanadas play an enormous role in the relative success or failure of your 18th of September experience.  Not long before the public holiday, local companies compete for the prized position of “Best Empanada of the Year,” subjecting their creations to the rigorous testing methods of several nationally famous (and appropriately rotund) food critics.  The traditional empanada de pino is on the menu; and filled with minced meat, onion, half a boiled egg and one olive it packs a hearty punch.  And goodness me, I learned that these triangular pastry bundles are an exact science.  For one, they are not to be eaten with salad (“What you’re doing there with your empanada, it’s just not Chilean,” I was told as I decorated my plate with greens)  and secondly, the traditional egg  to olive ratio is sacred.  Don’t even raise the question of introducing vegetarian empanadas, or whether two olives and less egg would be better – if eggs make you squishy, give yours to a friend.  Be creative and ask for their olive.  You’re a vegetarian?  Sorry, bad luck.

An empanada de pino – note the absence of salad?

But everything festival related is by no means as militant as the empanada ratio.  If you find yourself in Chile during September, the already jocular Chileans are in their highest spirits of the year – so do consider sticking around to have a bit of a bash and awkward try at cueca.  It’ll make for an entertaining holiday snap! Chicha. Watch out for this sweet, alcoholic devil!

Erin lives in Chile and writes about South America’s beaches, mountains, parties and near misses at  The Souls of My Shoes.