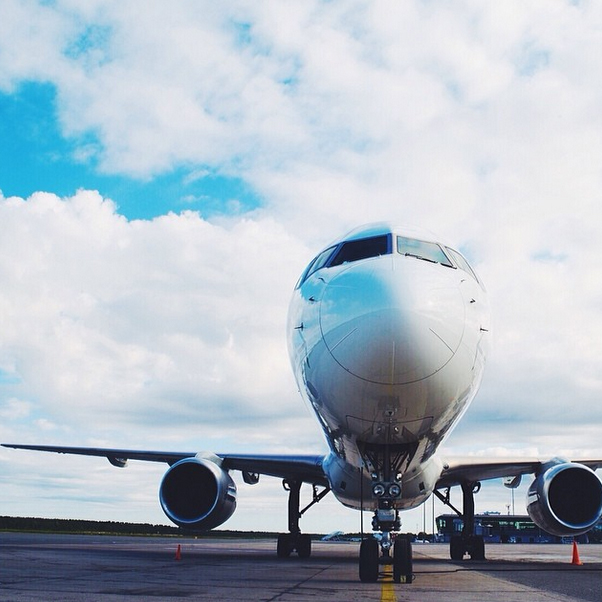 In the last month, I’ve used more than a handful of airlines. At the top of the “nice list”, Air Baltic offered exceptional service, quality food, and friendly, personal staff. At the top of the “naughty list”, Air Berlin might have been the worst staff experience in my history of flying. Air Berlin, unless you can fly on the coal you’re getting in your stocking this year, you really need to consider your attitude and quality of service. You should take a page from Air Baltic; besides offering low airfares and comfortable planes, they know how to treat their customers right.

I recently flew from southern California to Chicago to Copenhagen to Riga, Latvia. Then from Riga to Vienna. Then from Innsbruck to Berlin to Chicago to southern California. Needless to say, I flew with a few different airlines. It wasn’t until my Riga to Vienna flight with Air Baltic that I really noticed a difference in staff and service. I was greeted with a smile from the time I received my ticket in Riga until I stepped off of the plane in Vienna. It was like extra staff were on the flight because my drinks and food came quickly, the seats were cleaned regularly, and a helpful employee was always in sight. The plane was spotless and the bathrooms were fresh. The entire experience flowed smoothly from getting on the plane on time, food service, and landing. It was the only flight that I’ve had that I actually wanted to last longer. Unfortunately, this was one of my shorter flights.

My longest flight was with Air Berlin and it was the complete opposite experience from Air Baltic. I had difficulties from the time I entered the airport until I got off the plane. The plane was dirty and the staff were extremely rude and unaccommodating. I wondered if I was just tired and more edgy but I wasn’t the only one having a negative experience with Air Berlin.

When I arrived at the airport, the ticketing agent had a problem printing my ticket. I asked what was the issue but she only said, “there’s a problem printing your ticket.” (This obviously explained a lot. I don’t know how I could have any more questions.) Then, she would only speak German to the other agents so I had no idea what was happening. Not that I mind that they were speaking their language, but if she had of just told me the issue, I could have easily explained what to do. I was then sent to another counter with similar problems for 45 minutes yet no one would tell me what was going on. Finally, I asked enough questions to get it out of them. I’m a Canadian living in the US. They had a problem with the address part of my ticket. The over 1 hour wait could have been avoided if they just spoke to me in the first place. It was a simple fix.

Then, another problem verifying my ticket in Berlin was followed by even more rude employees and blaming. Finally, it was time to get on the plane. Even though I have copious amounts of air miles with them and usually have group one boarding, somehow it wasn’t added to my ticket. (It was removed along with my air miles number in the confusion at the first airport.) When I attempted to board in group one, mindlessly since that’s when I usually board, I was yelled at by one of the employees and told to wait my turn and go to the back of the line. Embarrassed, I tried to explain that I’m usually in group one and I didn’t look at my ticket. Rather than listening at all, she just raised her voice even more and said, “go move so the group one ticket holders can get on the plane.”

I stood there a little shocked.

A family of four, with two very young children, were also shamed to get out of line. They thought that they could go in group one as well because they had small children. They, too, were told to move out of the way and wait their turn. The father tried to reason with them because the kids were tired and cranky, but it was to no avail. When it was finally time for them to board, the agent said, “Go now… if you still wait to.”

We were all just standing there in shock at how poorly we were treated.

I sat in my seat and learned that they had given the lovely lady next to me the wrong ticket with someone else’s name and seat assignment. (More shocking is how they could let someone on a plane with a ticket that doesn’t match their identification.) When she tried to sit in her seat, she was yelled at as well, even though she was actually sitting in her correct seat.

I thought that would be the end of the terrible service since we were now on the plane and dealing with different staff but no such luck. The food was basically tossed at us and the garbage was never picked up… during the entire cross-Atlantic flight.

Finally, I was told in Austria that I had to check my bag and that it would be checked all the way through to Orange County. It seemed odd to me since my first stop in the US was in Chicago and that’s where I was doing customs but I assumed they knew better than me. Luckily, I asked in Chicago; it wasn’t checked all the way through. I would have left my bags in Chicago because I was given the wrong information.

I guess I could have had worse service but I’m struggling to figure out how.

I hear people say regularly that all airlines are the same. Just go for the better price because it doesn’t matter with whom you fly. But that is not true.

There are some airlines that clearly value their customers and their are some airlines that clearly could care less. I’d like to think that I had a unique experience with Air Berlin but the consistency with all staff makes me highly question if that’s possible. If Santa’s list could determine who thrived in business and who failed, Air Baltic would have a monopoly on the airlines.