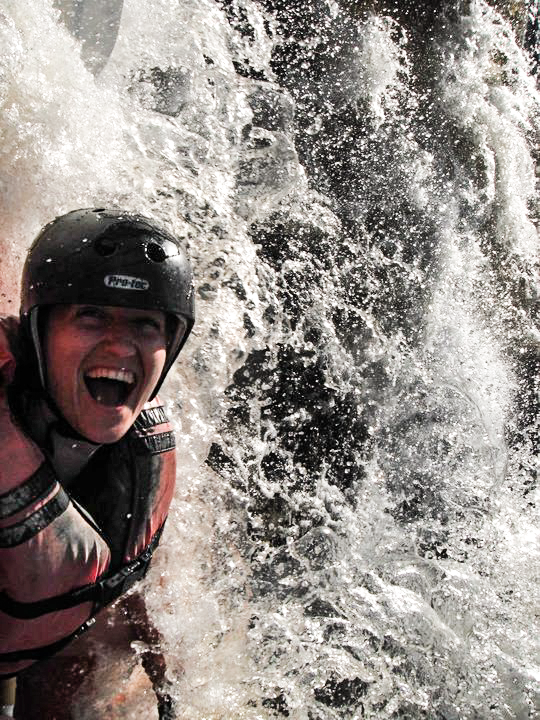 When I say that I’ve tried every extreme adventure I can image, it’s not true. There are still several adrenaline-pumping exploits I dream about experiencing. They are on my life bucket list but I’m preparing to add a few to my 2015 list. Do you have a lot of nerve? Include a few of these on your list and let’s see what you’ve got.

1. Be Part of the Voyage Crew During an Antarctica Expedition (Antarctica) As voyage crew on board Bark EUROPA, you will be assigned to the watch system. Especially during the sailing days on the Drake Passage and on the longer voyages in between the various destinations you will stand on look out, handle the sails, and steer the ship. No prior sailing experience needed! The crew will be there to give instructions and answer all your questions. During the visits to Antarctica and other landing spots the watch system is down and you will have a day-to-day program to fully enjoy. The Great Barrier Reef is world renowned for it’s amazing scuba diving locations. Bommies, coral reefs, and an abundance of marine life stretch for the entire 2,300 km length of the reef. Four glorious seconds of terrified regret as you walk off a 53-meter high cliff and free fall at 180 kilometers an hour. You’ll just have time to catch the awesome view of Batoka Gorge before the over-whelming fear sets in and you realize what you’ve just done. There are countless places to swim with sharks, but one of the best is in Cape Town, South Africa. After dropping anchor, they begin attracting Great Whites with a specifically-formulated “Chum” mixture. Once the Great Whites arrive, you get in the cage and swim next to one of the oldest animal species on the planet. You’re joining a small group of Extreme Adventurist by jumping from an altitude higher than Mt Everest. You and your H.A.L.O Tandem Master will exit the  aircraft at approximately 30,000 feet and enjoy a 2 minute plus freefall. Your standing at the edge of a 350-foot cliff and asking yourself if you have the nerve to jump. You freefall over 200 feet at speeds reaching over 90 miles an hour. If you don’t have the nerve to jump on your own, the sadistic staff will have no problem helping you along on your way. After your 3-second drop, they’ll allow you a 2-minute recovery as you swing over the lazy rapids of the river below. For the chance to interact with the one of the world’s most-endangered species, Volcanoes National Park in Rwanda is the best place on the planet to spot one of these gentle herbivores.  No more than 700 mountain gorillas remain.

8. The Cage of Death (Australia) Swimming with giant saltwater crocodiles for 15 minutes, separated by nothing more than a couple inches of glass. Regular feeding by crocodile handlers when people are inside the cage encourages more movement from the crocodiles and ensures an up close and personal, face-to-face encounter that must be seen to be believed! Zero G in Las Vegas offers an out-of-this-world extreme adventure: total weightlessness. Wannabe astronauts can climb aboard the modified 727 and take a 90-minute ride on G-Force One. The parabolic flight has been endorsed by none other than former astronaut Buzz Aldrin, so if you’ve got the cash, this is one flight you won’t want to miss. Are you a Maverick or a Goose? “Top Gun” references aside, you really can fly a fighter jet. Switzerland-based MiGFlug is an intermediary between the public and operators of fighter jets such as defense departments and air forces that makes it possible for you to fly in a MiG-29, L-39 Albatross and Hawker Hunter, among other aircraft. MiGFlug operates in Russia, the United States, United Kingdom and other European countries.