The Meaning of New Shoes 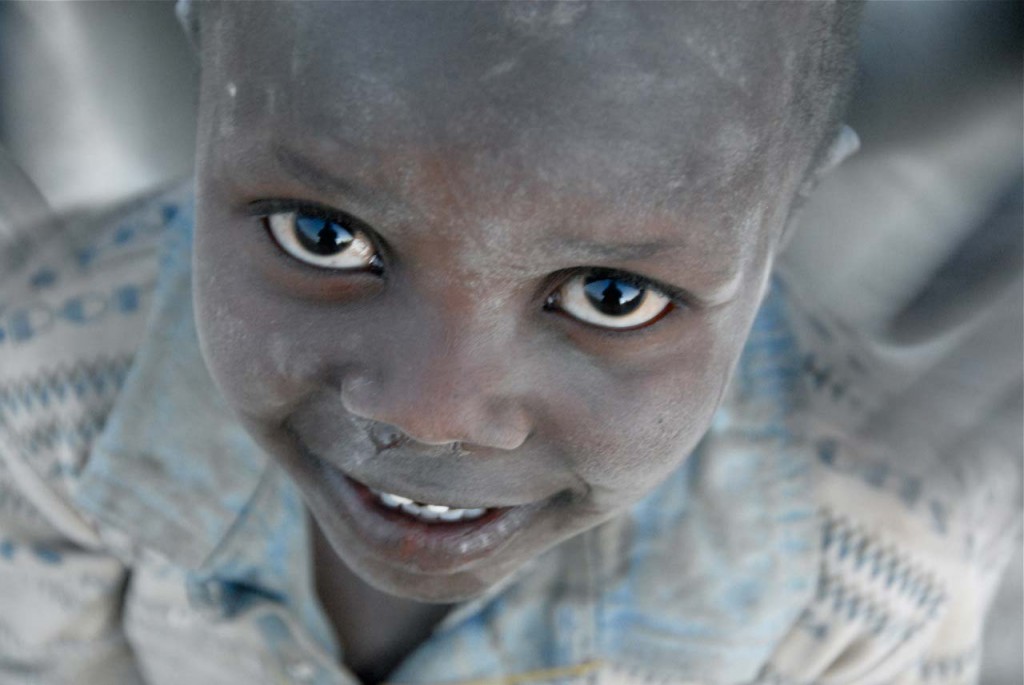 “Ah, Jenni,” Irene smiled as she picked up a small pair of the faux Converse All-Stars, “they are really going to remember this!”

“Huh?”  I looked up from a long list of names and measurements in my little black notebook, “remember what?”

“You know,” she continued, ignoring my question, “even me, I remember my first pair of shoes.  And they were not even new, they were old!”

“You know, I can still see them!” Irene closed her eyes and turned her face toward the ceiling of the stuffy Bata shoe store.  “They were just black school shoes, but they meant so much to me!”  She laughed her little girl giggle, “they were so old and worn out!  I only wore them for a few months, then they fell apart, so I had to go without again.”

I picked up a stiff pair of black leather school shoes and held them out to Irene.  “Like these?”

“Yes.”  She nodded her head as she took the shoes and slowly inspected them.  “Yes, like these ones.”

“But they only lasted for a few months?”  I prompted.

“Yes, and then I went back to school with the bare feet again and I got in trouble and the headmaster, he sent me home.  So my auntie, she bought me a brand new pair because the shoes, they were required.”  Irene smiled again, remembering the stiffness of the leather and the thick soles, how different it felt to first walk in shoes.  “Jenni, I am telling you,” she proclaimed once again, “those kids are going to really be excited!  They are going to remember this day!”

I looked again from my list to her sincere eyes, and, suddenly understood the importance of her statement.  The shoes of my youth came from Vose Bootery, and my seasonal visits with my mom and sisters always resulted in brand new, matching footwear.  I remembered the pale purple beaded moccasins with the fringe and soft leather.  I remembered the white woven sandals with the ankle strap that were reserved for special occasions and gave me terrible blisters.  I remembered the white Keds that my mom would put in the washing machine with bleach whenever they looked more brown than white and the sound of little shoes bumping around in the dryer.  I even remembered the soft, pink slippers and the blue and white heavy snow boots.  So many pairs of brand new shoes for a girl who couldn’t have been more than six years old, but I was shocked at how many I was able to recall so clearly.  Irene was right, this was going to be a big day.  A perfect way to spend my 28th birthday.

It had been a long time since I’d been in the kids’ section of a shoe store, but this time was different.  The previous morning Irene and I

had measured the dusty little feet of nearly 100 kids at Mbaruku IDP Camp with a string and wrote down the length in centimeters in my notebook.  I suggested we bring one pair of each size to the camp to determine the exact sizes needed but, as Irene quickly reminded me, “Ah, Jenni!  Look around, you are in Kenya!  This is how we do it here.”  The very pregnant Bata sales associate and I, as a result, worked to convert centimeters into shoe sizes.

After trips to all six Bata shoe stores in the three block radius that is the business district of Nakuru, Kenya, we had finally collected all 94 pair of little shoes.  Individually wrapped in clear plastic bags, the groovy looking colorful “North-Stars” were boxed in the back of the van, and awaited the dusty, little feet.  The young residents of Mbaruku IDP Camp had stolen my heart on my previous visit.  Though most of the Rift Valley region is lush and fertile, the area surrounding Mbaruku was more like a windy desert.  The first time I visited the small, isolated camp the children seemed to appear from clouds of dust and, thus, became known to Irene and me as the Dust Babies. The sun was just starting to set when we got to Mbaruku for the shoe distribution.  I had rewritten the names of each recipient clearly under the corresponding shoe size so as to avoid confusion, but I’d learned at that point that all IDP distributions come with chaos and disorder.  They involve lots of grabbing and pushing and yelling and accusations, but, in the end, everyone leaves happy.  The scene was comical.  Our wonderful driver, David, who I’ve decided reminds me of my Grandpa Winter (one of the highest compliments any man can receive) crawled into the back of the van to find the correct sizes while Irene called names.  I then presented the new shoes to the eager outstretched hands. At one point a mother handed me a sleeping baby to hold so all of this was done with one hand until the poor child woke up and found himself being held by a mzungu.  His shrieks of terror served as comic relief to the hundreds of refugee onlookers and no matter how hard I tried to soothe him, he just screamed louder.  I searched the crowd for the boy’s mother but was unable to locate her.  Eventually a little girl came up to me, took the baby and tied him to her back.  Moments like that remind me of why I love Kenya and why I continually find myself returning to that great land of contrasts.

As I watched the young girl carry the screaming baby away from the crowd I noticed that her new shoes were leaving footprints on the dusty ground.  Crisscrossed impressions with a star in the center of the sole stamped the ground leaving a definitive pattern in her wake.  It was such a simple scene but it struck me as so beautiful and genuine and I found myself desperately wanting to share that moment with friends and family back home.  As hard as I try, my stories and photographs from my work in Kenya fall short of the stories that I want to tell.  How does one describe the look a child gets on his face when presented with brand new shoes?  The care he takes to wrap his dusty feet in plastic bags before slowly sliding them into the stiff, colorful canvas?  The way he stops every few steps to bend down and wipe the dust from the top of his new shoes?  Those moments are the ones that tend to stick with me. Timid yet appreciative whispers of “thank you” and “asante” were muttered as the little hands took hold of their new shoes in utter amazement.  An entirely new sensation was then experienced as the Dust Babies stood and took their first steps in new shoes.  They walked gingerly at first, adjusting to their new centers of balance and seeing the world from an inch or so off the ground.  But kids are kids and within minutes they were running in their new shoes, playing as children do all over the world.

Irene was right, this was a day that would stay in the memories of the Dust Babies for the rest of their lives.  These children, who had witnessed so much horror and violence, who had to leave their homes only to be shuffled between camps and who, after more than three years, still lived in the same small, cramped tents.  This was a good day.  A great day.  One of the best.