A One Night Stand with the Manta Rays in Kona, Hawaii 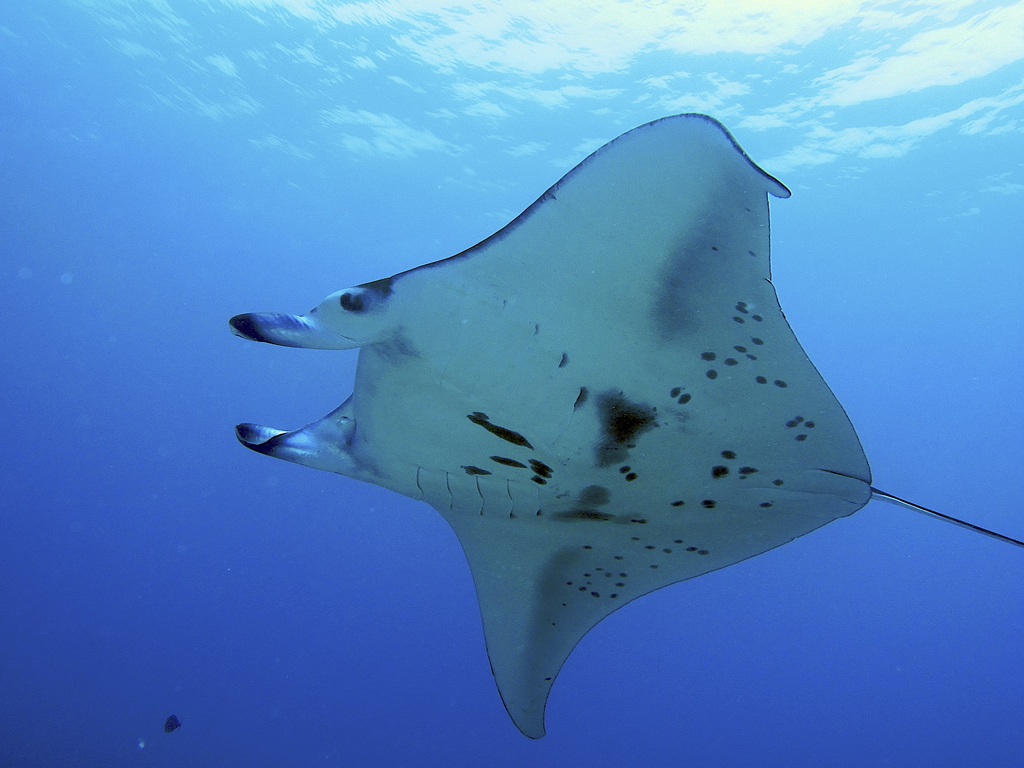 The sunset we watched as we prepared for our first night dive.

Unique experiences lead to unforgettable memories. That is the best way to describe the trip to the Big Island of Hawaii that my husband and I took for our one-year wedding anniversary. As a result of that trip, we were able to cross something off our bucket list: scuba diving in open water with manta rays.

These beautiful graceful creatures are the largest species of rays, and despite their seeming vulnerability, they command the ocean with their large wingspans and agility. There were at least seven manta we saw while diving off the Kona Coast, and they all had massive wingspans; the largest was 12 feet across, and a female (the females are generally larger than males). Of course this wasn’t just any open water dive, it was at night when the manta like to eat. Several dive tours participated that night, mostly snorkelers who hovered at the surface, but also scuba divers who sat awestruck 35 feet below the surface. The reason the dive happens at night is because we all had flashlights shinning, which attracted thousands of microscopic plankton, the meal of choice for the manta. It was absolutely incredible; we sat at the bottom and watched as the manta soared above and around us gobbling up plankton.

The largest manta we saw that night was 12 feet across.

The well-kept Kona Dive Company boat took us safely to and from the dive site off the Kona Coast.

They, the Kona Dive Company dive masters, gave us a brief onboard the boat before we entered the water. They told us not to reach out to touch the manta as they have a protective coating on their bellies that keep them from being affected by bacteria and such. They told us that they would come really close, as if they were going to hit you, but then would dart away at the last-minute. You can imagine my surprise as one struck me as it soared by me; knocking me off a rock I was sitting on, causing me to lose my bearings just a bit. I was not so much scared as I was concerned that I might have hurt the manta. I could see my husband a few feet away, I’m pretty sure he was laughing, which he later confirmed.

We spent at least 30 minutes underwater; I came up a few minutes before the rest of my group because I got cold, but luckily I was able to grab on hot shower on board our boat. After the rest of the group, including my husband, came onboard we headed back to our point of origin, the Honokohau Marina and Harbor in Kailua Kona. Cross it off the bucket list.

Read more from this author at: http://blacksunglassesmedia.com/