Cathedral of the Sea – A Visit to the Book

By: Someday I'll Be There - Mina Posted in: Destination, Spain 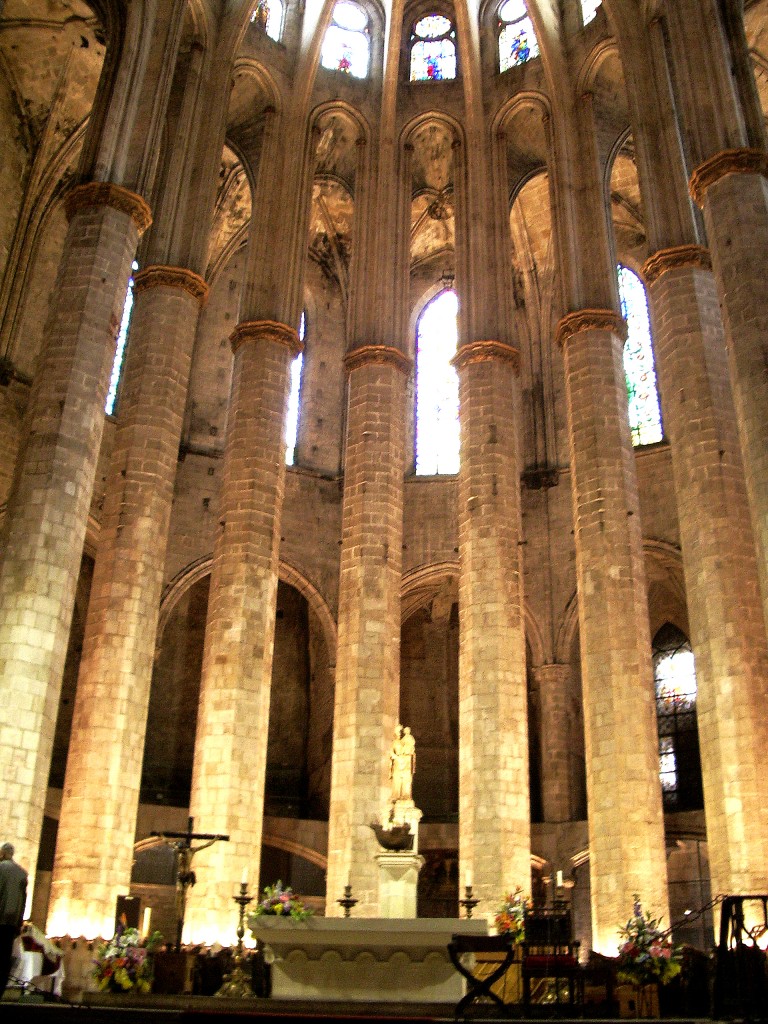 Featured Writer: Someday I’ll Be There

While I was in Barcelona last summer, I was determined to visit  Santa Maria del Mar (Saint Maria of the Sea). Many people visit Barcelona and don’t go there; it’s not that big of a cathedral and to be honest, if you don’t know its history, it’s not that impressive, and there are many cathedrals in Barcelona that are way more impressive architecture and size wise.

I was very determined to visit this specific cathedral though because of a book I read a couple of years earlier. When I was in Madrid, back in 2008, completely by chance, I bought a book called Cathedral of the Sea, by a spanish writer called “Ildefonso Falcones”.  It’s a huge book, around 800 pages, with a historical theme, and it was very sad. I love sad books so this one easily made it to my favorites (and Ildefonso Falcones easily became one my favorite novel writers that I looked for more books for him in Barcelona, found one called “The hand of Fatima”, another master piece).

The Cathedral of the Sea is a book that has the construction of Santa Maria del Mar as the background of the story. The church was built in the Ribera district of Barcelona between 1329 and 1383. During that time, all the guilds of the Ribera district were happily involved in the construction process, transporting stones from the ships to the construction site, cutting them down and building. Those very simple people were building this church for the only person they still had trust in, the Virgin. While the inquisition and the Catholic Church back then was corrupt, they had lost trust in all but the Virgin, praying for her all through their happy and sad moments.

In the book, it was mentioned that the porters and guilds of La Ribera were represented on the doors of the church, which I thought was something very special! It is always the leaders that are represented, be it architecture work or any other examples, even wars! It is always the leaders that are mentioned by history and not the simple people that have actually worked and poured their sweat on the construction site to build!

For that simple reason, I loved this church (and also because the story was amazing). But I wanted to go there and see for myself those small representations in honor of the workers. While I was a little disappointed when I finally saw the representations, being smaller than I thought they would be, I was still happy to see them, impressed by the church, and I was also a little bit emotional about it, but that is probably because of the book, remembering what has happened through story in those places and imagining the place in medieval ages.

I would recommend the book to everyone who likes historical/drama/and sad stories. We all love sad stories don’t we? The ones that make your feelings tear apart and – as I read on a book review – plays with every string in your heart.

Have you visited Santa Maria del Mar when you were in Barcelona? Have you read the book Cathedral of the Sea? What did you think of them?

Read more from this author at: http://somedayillbethere.com/