By: onceinalifetimetravel Posted in: Destination, Italy 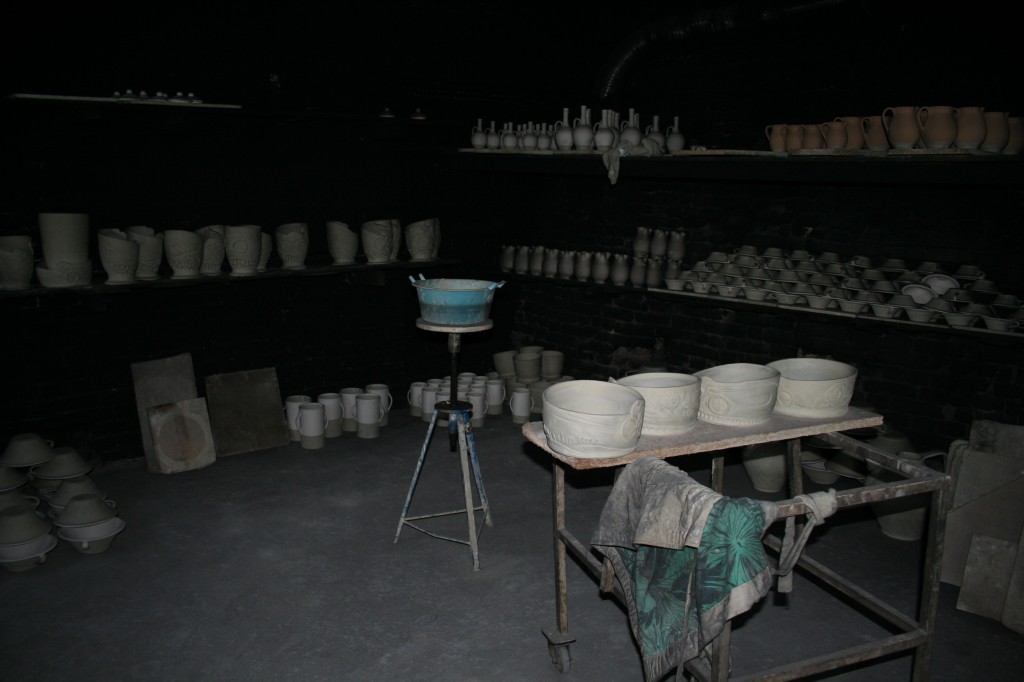 Preparing the kiln inside the bottega.

There are moments when traveling that are so rare I hesitate to breathe in too deeply for fear of breaking the spell.  My day with Annamaria in her pottery studio was one of those times.

Located in the small village of Montottone in the lesser known region of Le Marche, La Bottega dei Vasai has been using traditional techniques here since 1851.  By following in the footsteps of her father and the family before him, Annamaria Bozzi became the first female master potter.  She and her brother passionately carry on the age-old traditions giving new life to a trade that was once slowly dying.

We found the unassuming entrance of bottega just outside the town walls along a narrow road.  Chickens scattered as I stepped out of the car and I hesitated momentarily, not sure I was even in the right spot.  As we entered, Annamaria greeted us warmly and immediately began to show us around.  This was like no other place I had seen before.   The studio was cool from the thick stone walls and it smelled of time.  Vases, bowls and plates were tucked into every corner; wooden steps lead us up and down to each room.  We were able to crawl around the kilns, watch her brother glazing pots and see all the finished works in the modest showroom. My daughter at the wheel with Annamaria.

Then Annamaria lead us up to the corner of the studio where she sat at her pottery wheel and gave us a first hand demonstration.  Watching her so effortlessly create a delicate bowl from a mound of clay was hypnotizing.  Unexpectedly she invited us to try our hand on the wheel.   Unfortunately my efforts were neither effortless nor hypnotizing.  But there was something magical about sitting there, my hands wet with clay, creating at the same seat as Annamaria, her father and his father had done for decades before me.  Patiently she guided each one of us, even teaching my young daughter.

This became more than a pottery studio; this became a tactile look into a way of life that has been virtually unchanged for centuries.  As we left the bottega, the experience clung to me, just like the clay that stuck under my fingernails. Not as easy as it looks.

Read more from this author at: http://onceinalifetimetravels.com/