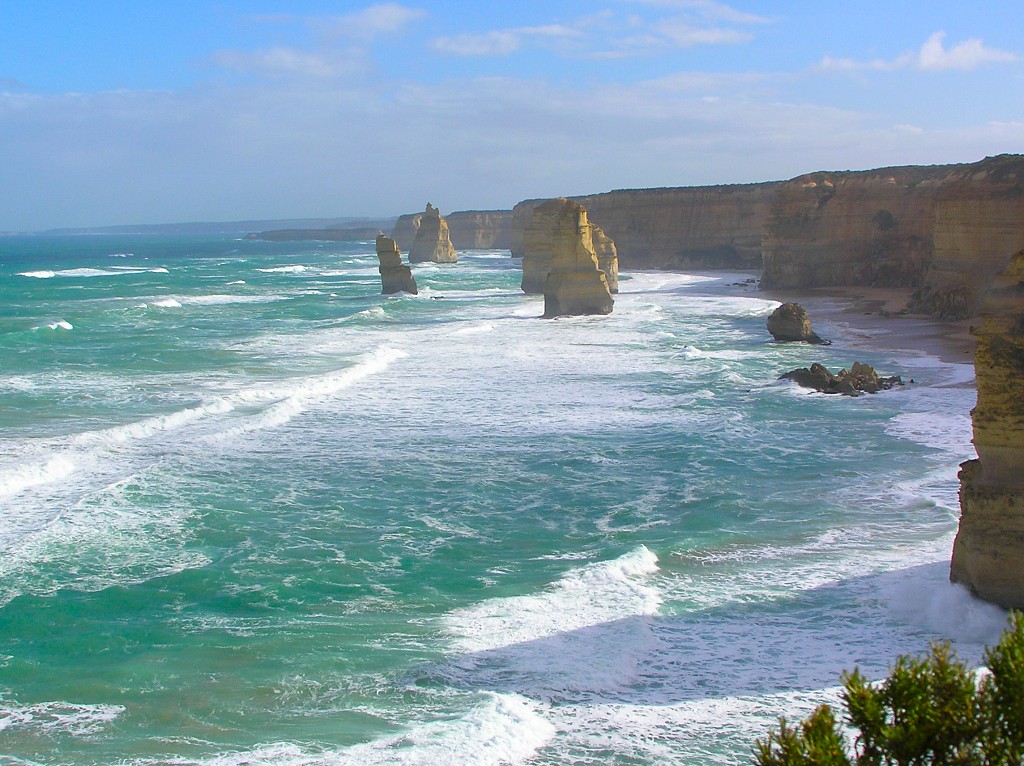 Our great ocean road adventure commenced on the 1st of October 2011. Me, my hubby and only son woke up at 2:00 am in our Sydney home and we hit the road before 3 am. Our goal was to be in Melbourne, Victoria before midday, and it happened as we have planned. We met up with friends at Melbourne CBD by noontime on that chilly day and ate a delicious lunch at a Taiwanese restaurant. Then our drive to Great Ocean Road began.

It took 45 minutes of driving before we finally saw the Great Ocean Road. The scenes were just amazing and captivating. Truly, nature has spoken to us to appreciate its beauty. We had several stops just to capture some breathtaking views. We saw the water from the ocean as it gently and swiftly brushed the rocks on the shore. We also have realized that the sea was creating a complete work of art as our eyes witnessed its monochromatic blue color, which complements the blue color of the sky. The winding road gave us spectacular views until we reached Apollo Bay after two hours where we were welcomed by a cozy and comfortable holiday accommodation, which made us at home while “away from home”.

The next day, we went to Cape Otway to see for ourselves the oldest yet the most significant lighthouse in Australia, the Cape Otway lighthouse. The 300-meter lighthouse is so historic and for me it is the most beautiful lighthouse I have ever seen. Reaching the top gave us a feeling of satisfaction as we view the Victorian coastline, which is just magnificent

Our splendid experience did not end in the lighthouse since as we leave the place, we found ourselves in the middle of an ancient rainforest which houses hundreds or perhaps even thousands of native wildlife.  There, we saw koalas eating the barks and stems of old gum trees (koalas are considered pests in the area since they eat up the ancient trees). But honestly, they are the loveliest pests which are very pleasing to look at.

Our last destination was Port Campbell which boast the magnificent rock stacks on the Victorian coastline, the  famous and splendid  “!2 Apostles”. There were many lookouts in the 12 Apostles National Park but we opted to see its beauty above the ground.  Yes, we rode in a helicopter and it was my first time.  I was reluctant at first unlike my excited and equally enthusiastic son.  But after some convincing words from my boys, then I decided to go.  The ride was just so smooth and I did not even have a chance to be scared up in the air.  All I felt was total satisfaction because of the beauty I can see from above.  That time, my heart prompted me to thank the Creator and Designer of this world.

Yes, I can say that our adventure to  Great Ocean Road was really one of the memorable and unforgettable ones and it  was GREAT indeed!

Read more from this author at: http://littleprince68.wordpress.com/