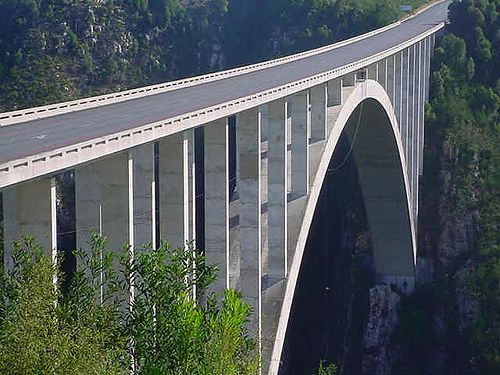 I’ve never been into adventure sports before, maybe because I never got any opportunity or maybe I never tried for one as I never felt that urge from within. But this time I decided to go for it. It was going to be a lifetime experience and a push to do more of its kind. One of my friends was doubtful that I’ll do it… as I never even tried the steepest ride in any water park…even though I can swim I was afraid to go in the deeper portion of the pool…. He suggested that I should not book it in advance… what if I change my mind? But I insisted (at least looking at the amount I’m spending for it I might just jump without second thought :))

While checking out pics on their internet site I could feel my hands and legs going numb. 216 meters, 22 sec and one jump. Lifetime experience or life ending? When I discussed with my colleagues about my bungy jumping they narrated me the recent mishap with a lady. She was doing bungy jumping at Victoria falls, Zambia. Unfortunately the rope broke and she fell down in a river which was full of crocodiles. Her legs were tied up but still she managed to swim to the riverbank avoiding any crocodile and survived. It wasn’t any story, it was real incident but I had made my mind and kept motivating myself for the jump.

I don’t like to hide things from my parents but this one…I didn’t inform them as I didn’t want them to worry about me.

It was the “D” day. I wore a text-t which says “my problems can’t pull me down, I’m bigger than them”. The jump wasn’t actually a problem but I thought the message will give me some strength 🙂

We reached the bridge and registered ourselves. After reaching there we came to know that it’s not world’s highest bungy jumping point anymore, we were little disappointed but still excited for it. Wearing the harness I was getting feeling as if I was going on some mission.

The supervisor explained us the rules, and we headed towards the point from where we would be jumping.

There was a metal trail to reach to the point of jump and while walking over it we could look down and see the storm river flow. Looking down from this height I wasn’t able to step ahead. My heart was pounding fast. Finally we reached our destination. They were playing dance tracks…all my favorites…which helped in lighten the atmosphere and lower the tension.

The order for jump was decided and fortunately I was the last one in the list. I had an opportunity to see everyone jumping and get their experience. Some people were really excited and some were really frightened. Keeping my cool I went ahead smiling. But when I was standing on the edge just before the jump I wanted to quit. I almost skipped a heartbeat. I wasn’t sure what was gonna happen but then on the count of 1, 2 3, 4, bungy I let myself free and jumped down.

For few seconds, I couldn’t realise what was happening. The free fall was terrific and amazing too. For couple of time I was swinging up and down and then hanging upside down. While hanging down I felt the rope is slipping and I may fall down. I kept telling myself that I’m fine to avoid the panic state and then I started enjoying the view that I didn’t realise when the guy came to rescue me. I wish I could hang there for some more timeJ.

While coming up, I had a big smile on my face and feeling of some achievement. There wasn’t a fear in my heart anymore. I had faced the fear; I had faced the adrenalin. The trail over which I was afraid to walk wasn’t scary anymore. I could easily look down and walk over it.

Read more from this author at: http://whatlifesays.wordpress.com/