Knock! Knock! Knock! The regulars are coming! For a moment state park representative Jim Hollister took me mentally back in time as he shared with us the story of midnight rider Prescott knocking on the door at the Hartwell tavern as the British approached on  April 19, 1975. In the dark tavern as I listened to his words I pictured the patrons talking about the happenings in Boston, the impending conflict, and what to do when action calls. I imagined the British marching up Bay Road passing right in front of the tavern. What tension there must have been, and the excitement in the air had to be stifling. Perhaps the entire day had set me up for this mental moment as prior to this point I had;  walked among artifacts of American patriots Adams, Hancock, Revere, Franklin, and Washington in Hancock-Clarke house, Buckman’s tavern, and Lexington Green. I had watched the enticing Minutemen National Park sensory presentation, felt my ear drums reverberate at an authentic musket firing across an open field, and used my imagination of what took place as I walked Battle Road viewing important points of the Bloody Angle and the North Bridge. With all these experiences introduced throughout the day, Hollister then challenged my historical skills by interpreting history through the accounts of British Regulars and Colonial Minutemen in their skirmish at North bridge. “Who fired the first shot?”-was the question he posed to the audience. We had to determine the answer to this question based on these primary source accounts from the British and Minutemen that assembled on Lexington Green.  As simple and insignificant as this question may seem to some, it had tremendous implications. That impulsive act set history in motion as it had a ripple effect. Without it the entire battle of Lexington-Concord never happens and the Revolution may not take place. The midnight  riders (Revere, Prescott and Dawes) heroic actions would become historically dimmed and insignificant as the United States may never come to be-….one second in time….one pull of a trigger and history was made.

For the historian in all of us, this patriotic bucket is a must see! 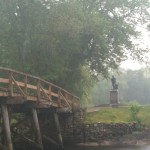 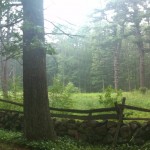 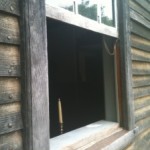 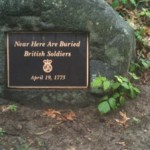 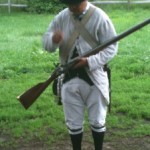 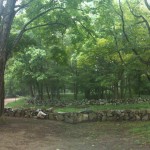 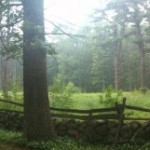