By: agreco71 Posted in: Gettysburg, USA 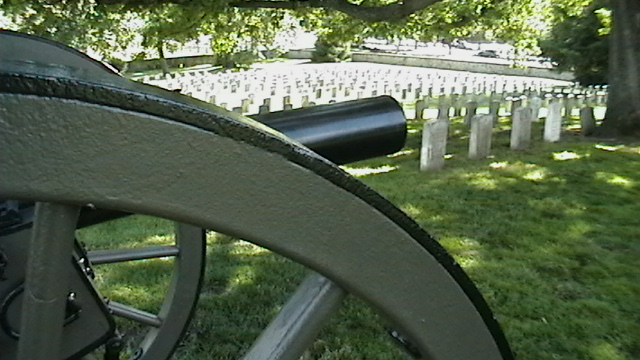 I have visited many places that are dedicated to our nation’s history, but none have made me stop and reflect more than the hallowed grounds of Gettysburg.

In brief, I know that most Americans are familiar with the idea of Gettysburg through movies, memorizing Lincoln’s address, and the documentaries on the history channel. The names of the participants common to the identity of the Civil War; Lincoln, Lee, Chamberlin, Meade, are names you would find on a high school assessment test. As a history teacher I even revolve my own Civil War Unit on this event as it is such a compelling story that hits on so many important details of the War. So the question remains-

If I, like most Americans, already realize the magnitude of the Battle of Gettysburg why did I leave this site in deep reflection and awe?

It is my intention to help you make Gettysburg a bucket list endeavor based on three categories that distinguish it from all others; symbolism, scale, and stories.

Symbolism- What makes the site symbolic to the history of our Nation?

In a physical sense, this is an easy one. Gettysburg is filled with symbolic markers, signs, and landscapes. As you drive between historic points you will notice markers of the different state regiments, statues of famous leaders, and contemplation points like the Eternal Light Peace Memorial. The physical landscape of today’s rolling hills, much like a Ruffles potato chip, and the rocky slopes of Little Round Top present the same challenges faced by the men in both armies. They are also unbelievably beautiful. I strongly recommend for you to walk the several side trails at each of the points on the National Park Service Map (link below) and listen to the sounds. In the mental sense, thousands of visitors will be sharing this site with you and the loudest sounds you will come across is the wind blowing through the fields, the call of the wild birds, and if you are lucky the sound of rifle fire from demonstrations in the distance. Symbolically, it is eerily silent and calm. Gettysburg is virtually the largest outdoor cathedral in the world and the amount of reverence in the air is so thick, you could cut it with a knife.

Scale- How does the area measure up to written accounts of the event? What perspective do you lose or gain from physically visiting the site?

Here is where my words will not be able to describe the size and magnitude of this event. The park is acres upon acres of hills, fields, orchards, and valleys. It is difficult to imagine this peaceful area from July 1-3, 1863 as it would be host to over 160,000 men that ravaged the land for food and water like locusts. As our state park ranger explained the scene, “the 2000 inhabitants of Gettysburg were on edge as they knew that ensuing battle would be on their front door. As far as the eye could see there was military activity, the sounds of marching troops and artillery being rolled into position.” In particular the area of Seminary Ridge (between points five and six on the map) there lies a prairie untouched by time filled with long grass and rolling hills. The field is one half mile wide and about one mile long marked with boundaries of a tree line to the south and Hancock Avenue to the east. On the morning of July 3rd, 12000 Virginians hid in the long grass of the prairie and on command they rose up to the sound of drum and began to march east toward the Union line. Imagine 12,000 men in a confined area of ½ mile lining up in formation to the sound of drum and moving across the field. These were General Pickett’s men, and as they progressed forward strategic delayed artillery rained down upon them. Some first-hand accounts described the scene as hell on earth, or shock and awe, men’s ears bled from the percussion impacts from the constant explosions. Soldiers fell to the left and right as the march forward continued, but the Virginians held their line and continued to advance unabated. Finally, they reached the fence-line that marked the road and as they began to climb the fences the Union troops were ordered to fire a volley.

The Virginians fell by the hundreds, by the thousands, but they still marched forward to gain the position they had set out for. In the end, a few made it to the Union line only to be met with reinforced lines, artillery shelling, and relentless fire. The survivors and injured that were able to walk were captured, or retreated, back to their lines disoriented and demoralized. The long grasses of the prairie were red with blood and a continuous scream for help came from all corners of the field as men who were fatally wounded began to fade from the world. The scene must have been beyond comprehension, as in only forty five minutes thousands of men lost their lives. Today this tranquil setting has become an eternal resting place for hundreds of soldiers who were buried in the ground they fought for.

The Battle of Gettysburg is a well documented story, but I did learn new information on my visit to the monument. First, the three day battle was fought in different sections of the Park and each day a new outcome changed the overall context of the battle itself. Day one went to the Confederate Army as they surrounded Union troops west of town on three sides and forced a Union withdrawal through the town itself up to Cemetery and Culp’s Hill. The following day the famous battle to defend the east and west flanks took place. On the west flank, Little Round top was the focus where the 20th Maine led by Joshua Chamberlin defended the high ground ultimately with a bayonet charge. An interesting fact I found here was that no documented claim had been identified that Chamberlin issued the order to charge. Although a bayonet charge took place this is more likely an embellishment Hollywood has manufactured. Regardless, this successful defense created a stale-mate on day two as neither side gained or lost substantial ground, setting up a third and final defining day of the battle. Day three included Pickett’s charge which was previously described and the high water mark for the Confederate army. Lee’s army would never get any closer to victory than it did at that point during the rest of the Civil War.

As I finished the tour of the park and envisioned the battles as they ensued I was guided to the Soldiers National Cemetery. As many of the gravesites are marked “unknown” one in particular stood out, Amos Humiston. Amos was a sergeant in the Army of the Potomac and served as an infantryman during the Battle of Gettysburg. He was found dead holding a picture of his three children clutched to his chest. This picture was collected by one of the civilians and placed in the local tavern. Dr. Francis Bournes was so moved by this story he asked the tavern keeper if he could take the picture and try and find the man’s family. The tavern keeper agreed to this and Dr. Bournes published the photo in the American Presbyterian. Humiston’s wife learning of the description of this photo and not hearing from her husband for months contacted Bournes where he brought her the original photograph to verify Amos. Ironically, Philinda Humiston returned to Gettysburg where she became involved with the creation of an orphanage on the same grounds her husband died clutching the picture of the three children he left the day he gave his life for his country.

Obviously, Lincoln’s address on these hallowed grounds gave Gettysburg further notoriety years after. Initially, his speech was met with mixed reviews, but took on a national meaning as people came to comprehend what happened on these battle grounds. Lincoln’s speech was given about 500 yards on the west side of the gated gravesites (not the platform when you walk into the cemetery) overlooking the land where men gave their lives, brothers fought brothers, children lost fathers, and courage was beyond comprehension. Perhaps Lincoln’s words were inspired by the same thing I felt when I witnessed the monument and his words challenged me and every American;

It is rather for us to be here dedicated to the great task remaining before us—that from these honored dead we take increased devotion to that cause for which they gave the last full measure of devotion—that we here highly resolve that these dead shall not have died in vain—that this nation, under God, shall have a new birth of freedom— and that government of the people, by the people, for the people, shall not perish from the earth.

Every American should visit Gettysburg to gain perspective on what it means to be an American.

To read more articles on Foundations of America visit the NAEE website.