By: heallovebe Posted in: Bucket Lists 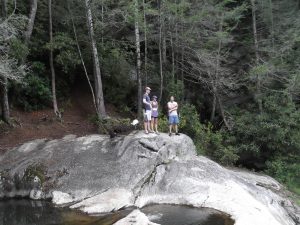 “If your dreams don’t scare you they’re not big enough.”

Success, to me, is doing what you love while making a difference in this world by helping others.  I think an important part of success is not only doing what you love for your job but also making sure you take the time to do what you love in life, and do it NOW, not at the end of your life.  I don’t want to sacrifice now for a better later.  I want to live life to the fullest right now in this moment.  That doesn’t mean that I’m not also making plans to better my future , but there are so many things I want to do with my life and can do now even while achieving other future goals, such as being debt-free.  The most important part of the Bucket List exercise is actually figuring out what you want to get out of life.   Everyone has different goals, priorities, and dreams.  Mine are listed below to encourage accountability on my part as well as to encourage you to come up with your own list and then start aligning your life in a way that you can achieve your goals.  As I made my bucket list, I realized that, thanks to my parents’ cravings for adventures and our yearly family vacations, I have already done lots of pretty cool things!  Some of the things I did as a child, I want to re-experience as an adult.  So, without further ado, here is my Bucket List:

Kenny and me on a hike in the Smoky Mountains

*Update: June 29, 2012 – I have put the dates that I would like to complete my bucket list items and highlighted in red what I plan on completing this year!

at the Atlanta Braves game

Watching the sunrise from our apartment in Whitmore Lake, Michigan

Read more from this author at: http://heallovebe.com/