By: Makepeace Posted in: Africa, Destination 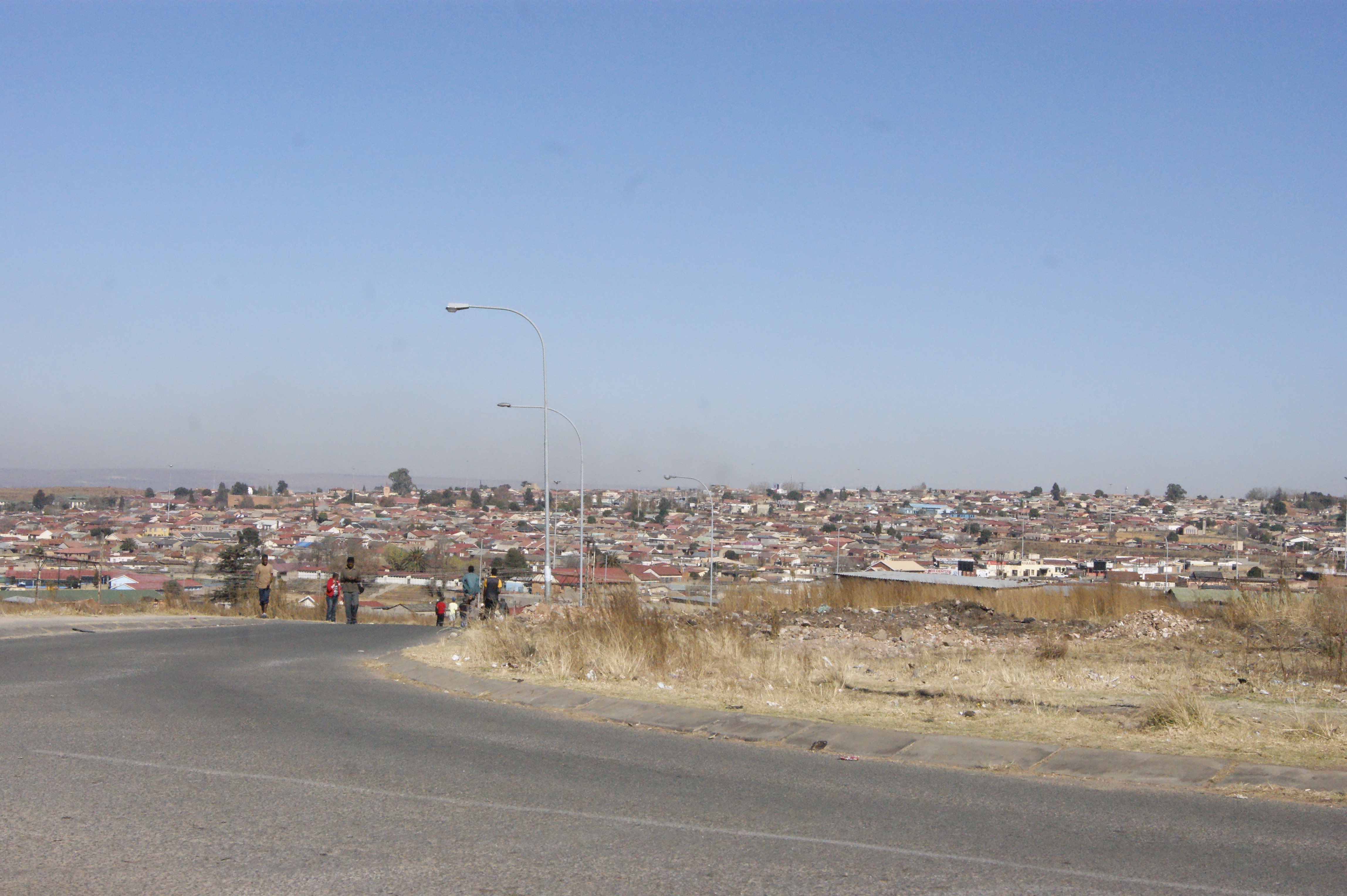 The most famous township in the world lies hidden from Johannesburg’s view behind two big lumps of dirt the locals call ‘blinders’. But no amount of dirt can block the influence and impact Soweto has had on the world and the folk at Lebo’s Soweto Backpackers are proud to share Soweto and its history with everyone. On a sunny winters day I set out on a two-hour Soweto bicycle tour to see inside the only suburb to ever produce two Nobel Prize recipients.

Soweto is not a slum. It’s a planned township with designated housing lots: a family quarter; single male quarter (from the mining days); a suburb the government put tight restrictions on, to ensure it never turned into a slum. Turning off the highway into Soweto, my stomach started backflipping as we drove through the streets and everyone stared at two whities in our little i10. After all the warnings I received from friends and family about being careful not to be shot in South Africa, I momentarily worried that maybe I’d gotten in over my head. But ignorance breeds fear and I was quickly shown that the people of Soweto were just like people in any other neighbourhood, in fact they were welcoming and friendly, which is more than some neighbourhoods at home are.

With a group of 22 on the bike tour from Australia, UK and locals from Johannesburg who have never been to Soweto, we set off on our cruiser bikes through West Orlando. NK, our guide, provided information and entertainment along the way. Singing of the Solomon Linda classic song “Mbube” or as it’s more popularly known “The lion sleeps tonight”, drawing Sotwetan locals, and even police, to join in clapping along. From West Orlando we crossed the highway into the old men’s quarters to taste the local delicacies.

A taste of Joburg beer, followed by a non-alcoholic hangover prevention drink, more singing, some cow cheek or tongue dipped in salt and paprika eaten with pap (smooth maize meal dish) and all washed down with Black Label beer. The local local elders sitting in the Shebeen (an illicit bar), drinking beer and playing dice games, were keen to chat and have photos taken. Not completely sure of the meat on offer, I dipped a piece of cow cheek into the salt and paprika. It’s one of the things you have to do when traveling, suck it up and try the local delicacies. To my surprise it wasn’t that bad, tasting like normal meat. It wasn’t eye fillet of course, but it wasn’t vomit worthy either.

Leaving the food tasting my bicycle chain popped off, while NK worked of repairing my bike, I got the opportunity to meet some of the local kids. They quickly closed in keen to touch my hand and see that my skin really was white. We then shared hi-5’s and local handshakes that involve fist pounding and thumb flicking. There were lots of requests to “shoot me” (take a photo) and giggles as they saw them selves posing on my camera display screen. The rest of the bike ride children ran out from front yards to say hi and give hi-5’s. The barrier between white and black, rich and poor forgotten. Instead I was enjoying cruising along on my bicycle, my fears gone, replaced by an enjoyment at getting to meet the locals of the Soweto township (even if only briefly).

Posing for a “shoot me” photograph

The last stop on the tour was the street where Nelson Mandela and Desmond Tutu lived in Soweto. Overlooking the water cooling towers now painted brightly to express the hardships, successes, lives and dreams of the Soweto township residents. And the tour left me with a sense of hope, which is exactly what it provides for the locals too. The tour provides employment, integration with the community and a way to break down the walls of ignorance and fear. Lebo’s Soweto Backpackers setting an example in the community of creating something positive. They don’t have the newest equipment and they acknowledge this at the beginning of the tour, but it didn’t matter, because I had a ball getting an insight into the most famous township in the world.