Get Off the Beaten Path! 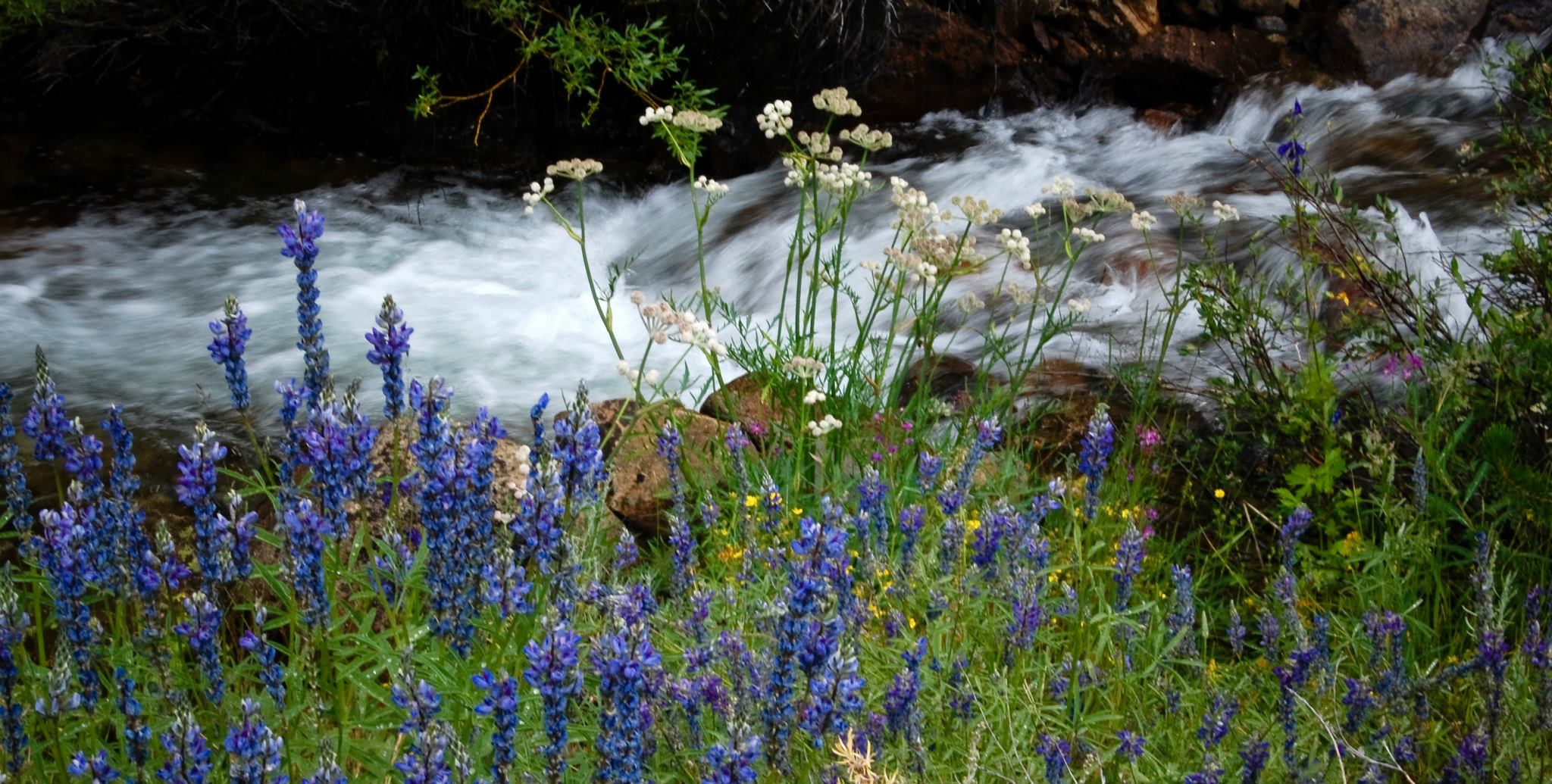 Have you ever wanted to get off the beaten path?

Going off the beaten path usually means traveling to a secret location that no one but Bigfoot has laid eyes on. It seems mysterious, alluring and slightly exotic.  Dreamers love that, but for the realists among  us, it’s probably too expensive. So we stick with the old ho-hum adventure. And if it’s ho-hum, then it really can’t be much of an adventure, can it?

But what if you could go off the beaten path in a different way that is just as thrilling and exciting?  I am talking about seasonally going off the beaten path: visiting a locale that is a hot spot during one season and then a sleeper gem the rest of the year. Like flipping over a coin and realizing the back side has an entirely different design. All of a sudden, a place you are familiar with is full of new nooks and crannies to explore. Mammoth Lakes is the king of the California winter ski season with its fantastic runs, high speed gondolas and multiple lifts at Mammoth Mountain Ski Area and June Mountain Resort.  The bulk of its adventure seeking tourists descends on its alpine setting, quaint village and chalets from November to early May. Hot dogs try to ski through the “hole-in-the-wall.” Ask the locals about that if you are wondering. But during the summer, Mammoth morphs into an idyllic get away perfect for families looking for an affordable adventure that still packs a punch.  I had never considered Mammoth as a summer destination, but am I ever glad I flipped the coin over!

There are two main things to do in Mammoth in summer: hike and water play, and I love both.

Mammoth is a mecca for summertime hikers. Even before you are in Mammoth proper, there are lovely spots to explore. We travelled north from Southern California, via Hwy 395 and stopped for a beautiful hike and picnic lunch along Rock Creek, about 30 miles south of the main road to Mammoth. We started at the Tom’s Place turnoff, marked by an old wooden sign which is easy to miss if you aren’t looking. It gave me an Old Western feeling, like I was on location for a Gold Rush movie shot. Where we started, Rock Creek follows a slight to moderate incline, but soon levels out and any exertion at the beginning is worth it.  The creek winds through some spectacular summer flowers. We hiked it in late July, and the blooms were picture perfect. Even the teenagers among us, grousing at the start of the hike, soon got into it, skipping rocks at the footbridge and throwing off their sneakers for a cool barefoot plunge. Seems like our canine pals also like Rock Creek, as many of them were happily wagging their way down the trail. After some water frolicking and our picnic, we loaded up the caravan for our destination.

Because we had a large group, three families totaling 13 persons in all, I was a little worried about finding a place that could accommodate us without breaking the bank.  However, one of the advantages of going seasonally off the beaten path is the great values you can get. Staying in Mammoth during the peak ski season can cost an arm and a leg, depending on how picky you are with the quality of your digs.  But during summer, many of the condos and rentals sit empty so rates are more affordable. We stayed in a large, pleasant, four- bedroom, two- bath private house with a Jacuzzi for only $450 per family for four days and three nights.  It was perfect situated off of Canyon Drive, which is walking distance to the hip, newer town center.

There are several awesome hikes in a Mammoth, but no summer trip would be complete without visiting the Devil’s Postpile National Monument area, which is accessible mainly via shuttle for a $7 per person fee.  We started our day by catching the mid-morning shuttle. The sun down in the canyon can be quite unforgiving, so a quick stop at the gift shop for a floppy hat was in order. Plus water. Lots of water needed if you are going to a place with the word “devil” in it. Since we only had one day in the Postpile area, we chose the Minaret Falls hike and the monument hike. We decided to leave Rainbow Falls for another trip.

Minaret Falls hike is short, about a mile and a half, and starts from the ranger station at shuttle stop 6. It was a pleasant walk that meandered through trees, many felled due to a previous year’s avalanche.  The falls themselves are about 250 feet wide and normally water covers the expanse, but this time they were not as full as they are in late spring and early summer.  However, they were still quite lovely and the water cascaded nicely over huge boulders, rocks, and logs.  In fact, the diminished water flow made it easier for the teens to scramble up the boulders and get closer to the top.  At the base, there was some blessed shade and lot of felled trees to sit a while and just enjoy the beautiful scenery. After Minaret we went straight to the Postpile, a pretty incredible example of columnar basalt, or long columns that look like postpiles, (uh, duh) that formed from hot lava that cooled, got covered by a glacier and then got uncovered. Despite my very unscientific explanation, it is pretty amazing. And so were the hexagonal patterns we saw at the top, which since I am horrible at geometry, I won’t even attempt to explain how they formed. They just did and they are pretty awesome. I am pretty sure hot lava had something to do with it. As if we hadn’t hiked enough, the next day we decided to take the kids on a night time hike to Panorama Dome, flashlights and all. It’s a very short hike, about 15 minutes, but steep.  It’s really not about the hike itself, but the view. You end up standing on a flat, open space at the top of the granite dome, right under the stars, which makes for some really cool photos.  You know this has to be a good view when it can lure seven teenagers from a large screen TV.

Water is a big part of Mammoth. In the winter, it freezes and becomes ice or it comes down as snow and you ski over it.  But in the summer you can actually get in it.

We spent a lovey afternoon at Lake Mary where we rented paddle boards, a push-peddle boat and a row boat, hoping to snag a few trout (they “weren’t biting,” or so the men said).  Lake Mary is just one of several picturesque lakes where you can fish, swim or rent water craft.  Twin Lakes and Lake George are also pretty amazing, and the sunshine on the water can lull you into a nice afternoon nap.

Because it is not typically seen as a summer destination, one of the biggest advantages Mammoth has over its nearby neighbor, Yosemite, is that it’s less crowded. We never had to wait or fight crowds on our hikes, at the lake, or taking the shuttle (although it does get a little busier at the end of the day when the stops are less frequent). On Friday night, the adults hit  the town center by Canyon Lodge for a little night life. In summer, there is an open air market with vendors lining the promenade and the delicious smells of BBQ wafting through the air. Several micro-breweries had their unique concoctions for sale and it looked like quite a few patrons had imbibed. There was also an outdoor concert area, and we stopped for a bit to enjoy a Pink Floyd tribute band, “Pink Freud,” which was pretty good and entertaining, despite the cheesy name.

As we wrapped up our last day, I was reluctant to leave such a great locale. Spectacular scenery aside, who wants to return to the office, laundry, dishes?

I am so glad we visited a beautiful location off season. I was, however, a little disappointed I did not encounter Bigfoot, not even at Sotcher Lake where we saw a bald eagle. I am pretty sure a quick snapshot of that hairy biped would have propelled me to instant fame and riches. But I had gotten off the beaten path and, surprise, I liked it there.

What off-beat paths have you traveled and loved?

Maria Cowell is an outdoor lover and has visited over 30 national parks and monuments. Follow her musing, meddlings and moments at

Read more from this author at: http://hipmamamedia.com