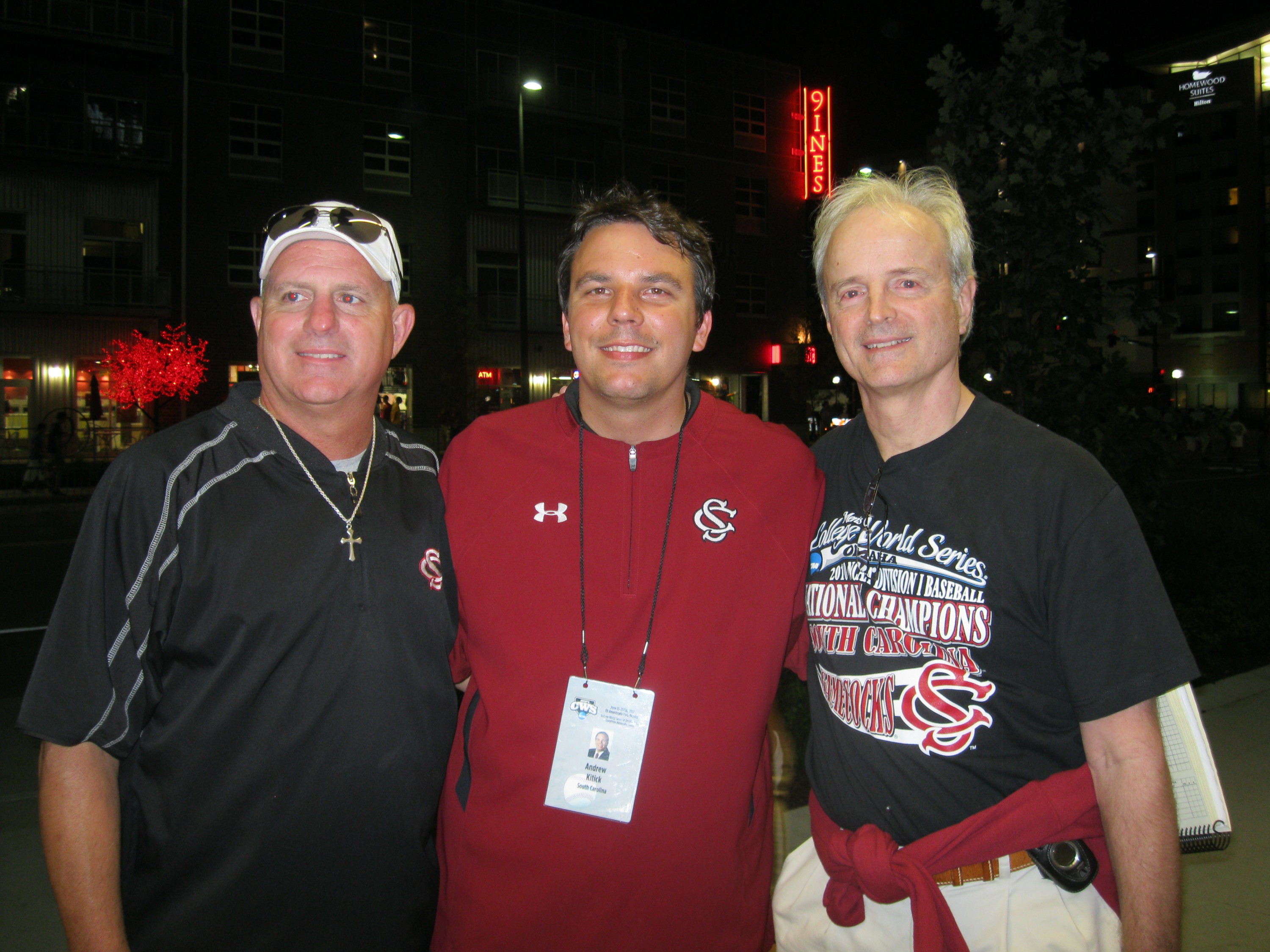 TD Ameritrade Park is the new baseball home of the NCAA Division 1, Men’s College World Series (MCWS). The park opened in June 2011 following the closure of venerable Rosenblatt Stadium in 2010, where the games were played for 60 years (1950-2010).

The MCWS elimination tournament features 16 of the nation’s best college baseball teams vying each June for the Division 1, national championship title and trophy. In 2010 and 2011, the University of South Carolina Gamecocks won back-to-back championships — one of only five teams to accomplish the feat. In 2012, the Gamecocks returned to the Finals of the Series, hoping to 3-peat — only Southern California did it in the 1970s when they won five titles in a row. However, the Arizona Wildcats defeated Carolina in the best-of-three series.

What made this year’s games most memorable for me, besides the level of individual and team play, was that my friend and co-author, J. David Miller, an award-winning sports journalist, and I were in attendance. We had written and released the official, 119-year history book of the Gamecocks baseball program, Carolina Baseball: Pressure Makes Diamonds, without ever seeing the inside of Rosenblatt or TD Ameritrade ballpark. To be there and watch the games this year was amazingly validating, yet humbling!

At TD Ameritrade Park at the College World Series Finals

College baseball fans from all over the world filled the stands and cheered on their favorite teams. In the end, though “our” Carolina team lost to the Wildcats, the satisfaction of having been there — taking in the sights and sounds, cheering ourselves hoarse — right through the final awards ceremony on the field will last for the rest of our lives.

Being a part of the hoopla and excitement of the College World Series in Omaha, Nebraska ranks right up there with my attendance at the Indy 500, NASCAR’s Talladega race and MLB’s World Series for sheer exhilaration!

Many fascinating, baseball photos and memorabilia are on display in the TD Ameritrade Park concourse, but you’ll find “greatest show on dirt” between the seats on a field of dreams “where history happens!”

For the full story of the Gamecocks 2012 season, Carolina Baseball 2012 “Poetic Justice,” is available at https://www.smashwords.com/books/view/208586