Adventure is Out There! A Journey to Estes Park, Colorado 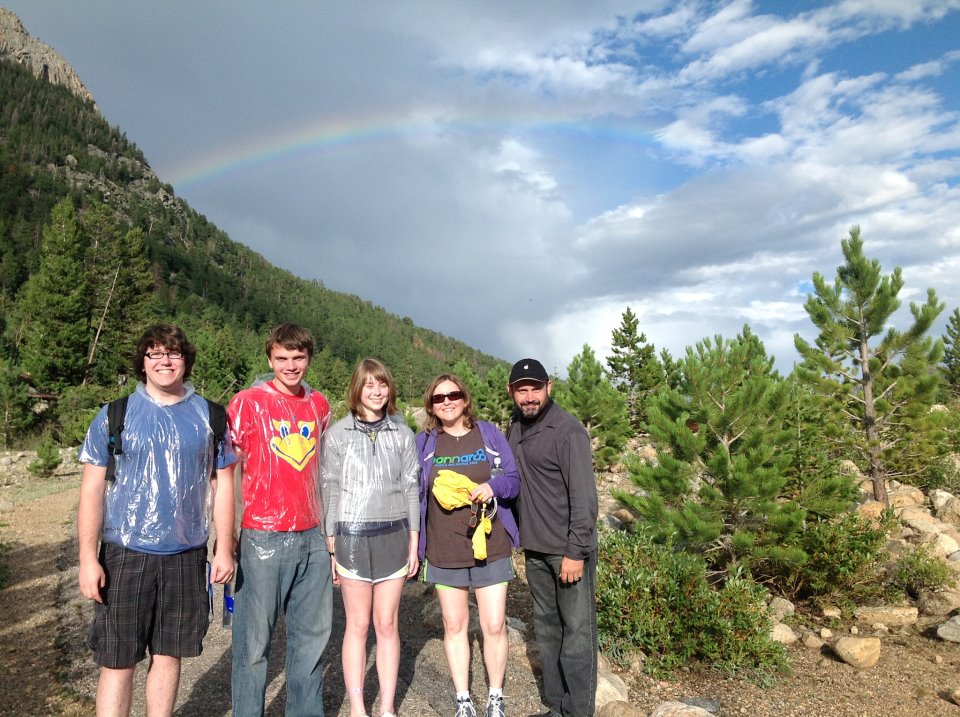 I sat there, smothered in the aromas of bleu cheese and french fries, and for the first time in ages, I felt as if I didn’t have a real answer to that question.

Part I: The Average Workday

Step One: Wake up

The term “wake-up” should be used loosely; I usually rolled out of bed around the crack of noon, and I certainly did not feel “awake” when I finally did arise from slumber.

After arising around noon, I would have three to four hours of free time before I needed to prepare for the workday. I wish I could say I spent these expanses of time by constructing literary creations, exercising, or perhaps by simply enjoying the outdoors. However, I definitely did not do these things, instead, I generally allowed this time to waste away by sitting and DREADING the work day ahead of me. There were times where friends offered to spend time with me before the work day began, but, more often than not, I would often turn down these requests due to a sinister combination of stress and anxiety.

After waiting too long to get ready for the workday, I usually threw my clothes on without any real rhyme or reason and dashed out the door. The soundtrack of The Dark Knight Rises blaring through my mind, I would generally make it to work with about 1-3 minutes to spare.

Though I love my job at Applebee’s, it was often chaotic, stress filled, and all over the place. Throughout the summer, I usually spent 40 hours of every week running around the establishment.

Once I made it out of the restaurant, (usually around 2 am) I generally made an executive decision between Mcdonalds or Burger King and drove home. After sifting through my messages, I would normally depart for slumber around 3-4 A.M.

For weeks throughout the summer, I repeated this process until the days and weeks began to blur together. I soon stopped updating my blog, fell behind in my writing, and lost track of the goals I set out to accomplish in the beginning of the summer.

After another night spent in the halls of Applebee’s, I sat in the restaurant’s corner and breathed for the first time in what felt like months. It was 2:30 in the morning, and for some reason, I asked myself a question that I thought I answered years ago.

I sat there, smothered in the aromas of bleu cheese and french fries, and for the first time in ages, I felt as if I didn’t have a real answer to that question.

“I want to be a writer” said a feeble voice inside me.

I began to ponder the goals I had laid down at the beginning of the summer. Due to the commitments of my freshman year at University of Kansas, I had not added anything to my novel since the month of November, and earlier in the summer, I had made it my first goal to write in my novel again, and how many pages had I written?

Sure, I wanted to be a writer, but that dream had never felt so far away. In April, I had told myself that I would resume writing whenever I had more time. I was going to college, had a part time job, and was heavily involved in Open World. When the summer arrived, I would have hours upon hours to rekindle my writing ambition.

Well, the summer arrived, and I had never felt more busy in my entire life.

Is this what my life was going to be? Just a rinse and repeat (Step 6) of the daily grind while my dreams slipped further and further from my grasp?

It was a month before my sophomore year at the University of Kansas, and I had never felt so far removed from who I wished to be.

Part III: An Escape to Estes Park (Life as if it Were a Cruise redux)

When my bewilderment had reached its peak, my parents took me and two close friends on a vacation to Colorado. After a hilarious and scenic drive there, my mother, father, and my two closest friends began a week long adventure in Estes Park, Colorado. Somewhere in between the incredible people, the lush surroundings, and the absolutely wonderful excursions, I found myself floating upon the Poudre river.

The serene echo of rushing water flowing in my ears, I stretched out my arms and watched the heavens drift before my eyes. The icy Colorado water exhilarating my senses, I breathed into the skies. A happiness, an indescribable happiness, spread throughout my extremities. The months of collected stress from work disappeared in a single moment. As difficult as life had been, I realized that these breathtaking, minute moments made life too precious to concede.

Part IV: Adventure is Out There! Deriving Inspiration from the Works of Pixar

I jolted myself awake. It had been a bad dream, a “work dream.” I have grown quite accustomed to “work dreams,” often occurring in my busiest of stretches at Applebee’s, the dreams placed me inside a work day where absolutely nothing goes right. In this particular dream, our Applebee’s had expanded to the size of a convention center, and I was finding it a tad difficult to care for the one hundred tables I had been assigned. Upon awakening, I realized that while I felt optimistic about the world around me, I still did not possess a clear mindset about my future. Around this time, I remembered that it had been too long since I had last watched something from Pixar (about three weeks) and I felt a strange desire to see Up again.

In my one thousandth viewing of the movie, an element of the film stood out in a way that had never captured me before. (Major plot spoilers ahead, really, everyone needs to see this movie.) In the scene that captures the aging of Carl and Elle Fredrickson, there was another message that stood out amongst the characters’ masterful love story. From their childhood, both Carl and Elle were taken by a dream to one day reach “Paradise Falls,” a fictionalized tropical paradise set in a jungle of Venezuela. Throughout their lives, the main characters attempt to save up the money needed to travel to their dream vacation getaway. However, the necessities of life soon obstruct this ambition, Whether it was from a flat tire, a broken leg, or roof damage, life forces them to move on from their deepest aspiration.

I began to ponder my dream of writing, and as busy as life was, the “necessities of life” were just upon the horizon. I sat there, feeling a new determination settle inside of me, if I wanted to find my “Paradise Falls” then my dream could not wait until tomorrow. Releasing a breath, I extracted my writing binder from my backpack, and wrote a message that now resides within my dorm room.

Part V: The Life Ahead of Me

Since my adventure to Colorado, I returned to Applebee’s, returned to the University of Kansas, and added sixteen new pages to Bleak. However, perhaps most importantly, I have created a list of goals that I want to broadcast to the world around me.

One: Become a More Genuine Person

This goal is integral to every other aspiration I possess. So much of life is made by the relationships that one constructs with other people, and unfortunately, whenever I feel I lose direction, I also feel that I lose touch with a certain part of my morality. From this point forward, I am going to strive to be the best person that I can possibly be.

Two: Appreciate the Moments, No Matter How Small

When I become entrenched Steps One through Six of The Average Workday, I feel I become so focused in the needs of the job that I stop searching for the wonderful moments that life gives away. As bad as things in life can be, there is always going to be so much more to appreciate.

Three: A Page a Day in Bleak

Since my time in Colorado, I created this goal as a challenge to myself. College is busy, but life will be busier, and if I truly want to become a published author, then this dream needs to start today.

Four: A New Layer of Accountability

In the past, I have shown a weakness for taking it too easy on myself when it comes to my aspirations. From this point forward, I’m going to make weekly blog posts surrounding my progress in Bleak, KU, and if I’m staying true to my life’s goals.

I sit here, within a crowded lecture hall at The University of Kansas, and I now feel confident about my answer to this question.

I want to be a writer, but before that, I want to be happy. Carl and Elle never had their dream getaway, but they still had a life full of incredible happiness. Even if I never become a published author, whether it’s from a beautiful day, a glass of chocolate milk, or on a river in Colorado, happiness can be found in a myriad of ways, and my success or failure as a writer should not decide how happy I am as a person. An uncertain future lies ahead, but no matter what, I am determined to find the happiness in every moment that awaits me.

P.S. I want to thank my parents for this unbelievable vacation. The trip did so much me as a person and was truly one of the most magnificent adventures of my entire life. I love you both so much, and thanks again for this wonderful experience!

Find more from this author at AGoodKindofStrange