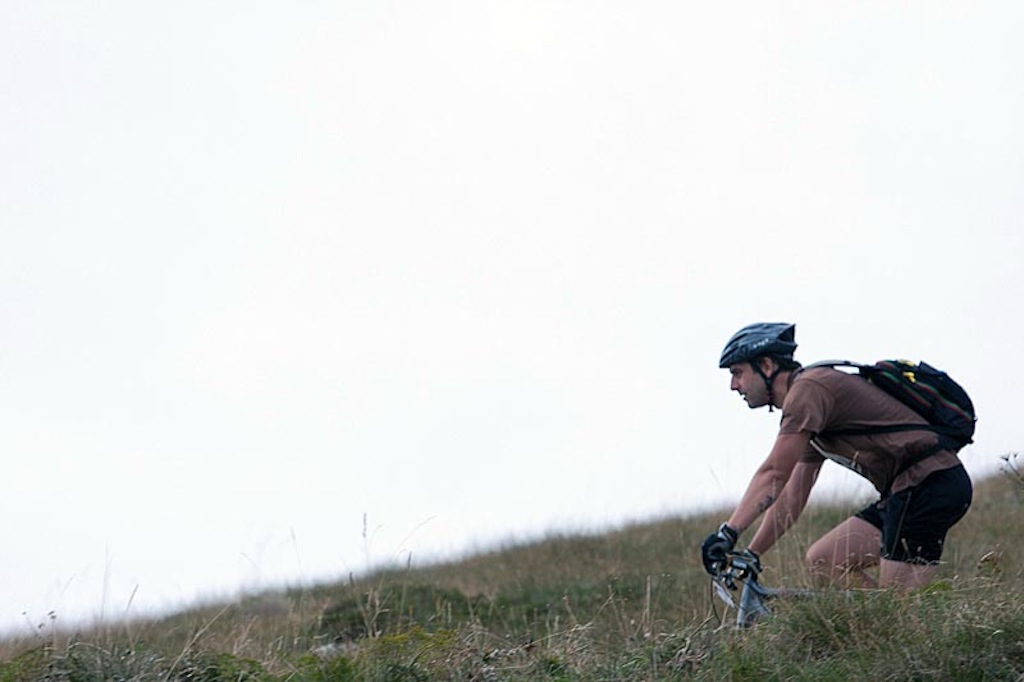 Last weekend I got a chance to try out how the new XC bike behaves on a real mountain track. In Croatia, there are plenty of mountain bike (XC) tracks, but only a few provide a real challenge and are so picturesque. One of these is said to be among the most beautiful in Europe – the Velebit MTB marathon track. The track traces a few paved roads, but is mostly set on gravel and some mountain paths. Starting from the town of Senj, you have to climb 1594 meters to reach the mountaintop at the Zavizan mountain house – this constitutes the first 38km of the race. After that, there are some downhill rides through the nature, which will take your breath away (both athletically and due to scenery). Formally, the race stops at kilometer 88, after one last climb, finally reaching the so-called Dabarska kosa.  There are another 20km worth of riding after that point, descending to the town of Karlobag, but is only downhill and serves to relax after a long ride.

This year some 130 riders registered for the race (but I am not sure how many actually showed up on the starting line). Unfortunately, there were no celebrity riders to add luster to the lineup. I got a ride with a local biking club, starting the day at 4am to get there on time. The start of the race was scheduled at 10am, and we were already there by 8am, so there was plenty of time to warm up and think hard about why someone would actually do something like this in the first place. Well, at around 10am we hit the ground running, as it is always the case at big races! This turned out to be a mistake, since we had about 40km of grueling uphill riding ahead of us. The scenery, I must say, is amazing. The weather held up and gave us perfect riding conditions. However, even with the best of circumstances, after about two hours without a chance to stop and relax due to the gravel roads, one starts being a bit desperate. Well, it pays off – about three hours after start, after finally reaching the mountaintop, you sit back, relax and eat that well-deserved candy bars you are packing in your backpack. Even though at this point I had the feeling that the difficult part of the race was behind me (and about 40 riders have already given up), I had a gut feeling that would be too easy.

Soon enough, I was riding through the forest, downhill on gravel paths, having barely any time to look around – I was just making sure I am not thrown off the bike under these riding conditions. Troubles started piling up. I made a wrong turn (figured that one out after not having seen anyone for a while), got lost once and even had to repair a punctured tire. These roads are not a walk in the park. After the race, I even heard there was a bear sighting on one of the roads! Anyway, these setbacks cost me about an hour. Time at the finish – a little under 7 hours. Not too shabby, considering I haven’t been riding for a while and the bake has never been tested. The top finishers almost broke the race record – 3h55min. There is still plenty of work to do before I can ride that fast (and be a bit crazy, now that I think of the dangers of the track)!

After the race, I must say I am impressed. I had to ascend almost 2.5 kilometers and had a plethora of troubles, but the scenery is just astonishing and I would recommend the race to everyone. Come and see these parts of the world! In fact, you don’t have to race – simply bike or hike! I, for one, know that I am coming again next year, only this time to chase down my PR and enjoy the trail, not just to finish. Photos by Goran Pozek.