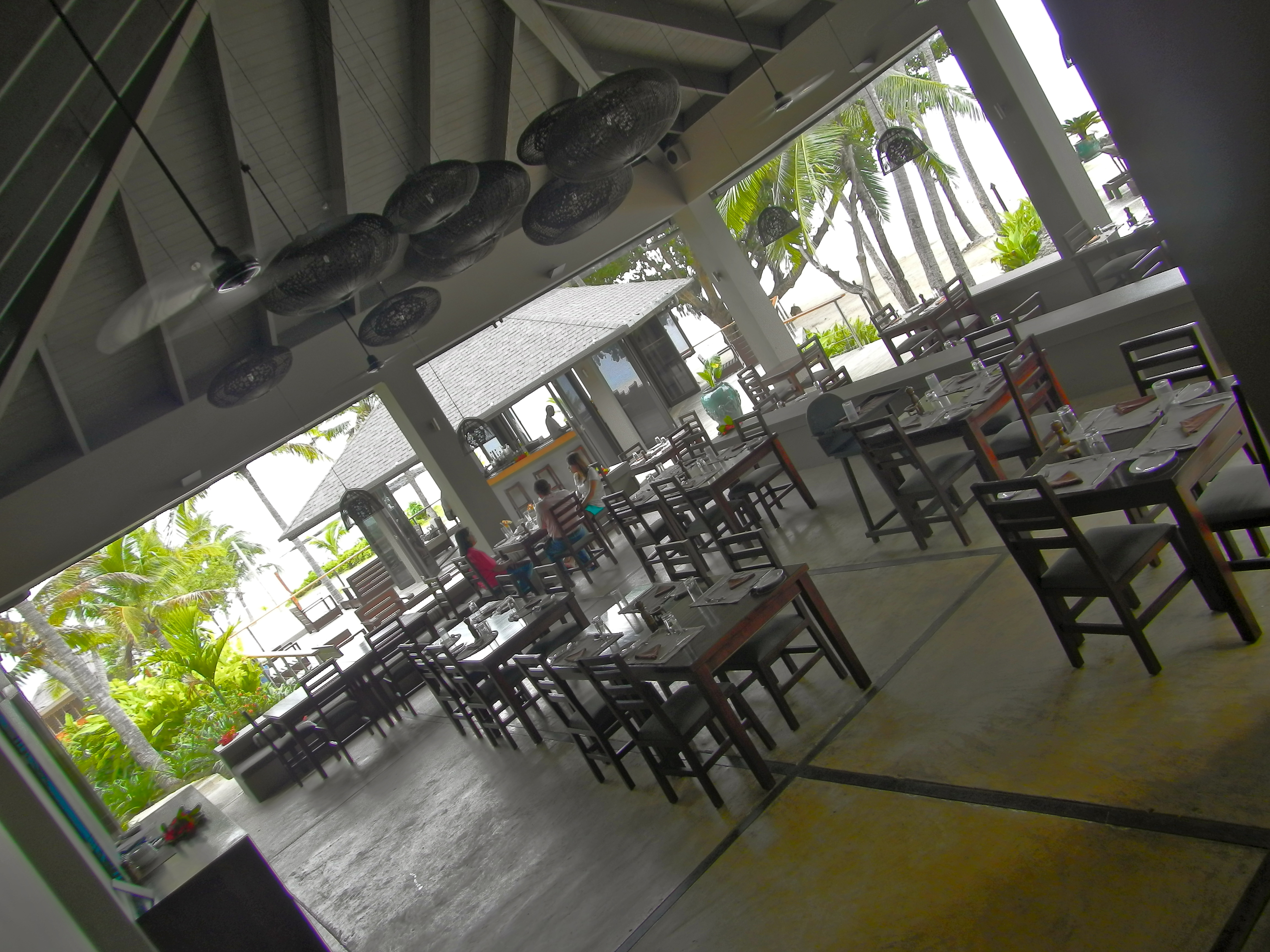 You could be forgiven for thinking I’m living a charmed life at present. Currently, I’m sitting in the wonderful setting of Yasawa Island, overlooking the beach, eating my way through a sumptuous breakfast of fresh tropical fruits and lobster omelette, under a balmy, but slightly overcast sky.

The food at Yasawa has been fantastic! I’ve eaten far too much already…

And what a change that is to only one week ago when I was climbing in the Southern Alps of New Zealand’s south island. It was freezing cold at Pioneer Hut, even the thought of extracting yourself from a warm down-sleeping bag took some effort, and food was basic camp food.

Not that I’m complaining about that mind you, after all there is something very comforting about camp food, a warming tea, sweetened with sugar, before heading out onto the glacier.

My week of instruction under the guidance of Dean Staples, one of New Zealand’s most accomplished high altitude climbers was fantastic.  And with eight Everest summits to his credit it puts him in a very elite club, so I count myself very lucky to be able to tap into his knowledge.

After a gear check at Adventure Consultant’s Wanaka headquarters, the nerve centre for its climbing operations that span the seven continents, Dean and I headed for Foxtown on the west coast, a drive of around 3 hours that takes you over the top of New Zealand’s dividing range.

It was a great opportunity for me to hear about the climbing that Dean has done around the world. It also enabled me to discuss my climbing ambitions and what I was looking to achieve during the week ahead.

We spoke of Cho Oyu and Mount Everest in a way that there is no reason why either won’t be possible for me to achieve. Ambition, mental drive, fitness, and climbing skills can be achieved by those who desire it badly enough.

It is all up to the individual!

Originally we had planned to fly into Pioneer Hut by helicopter on the Saturday afternoon, but low cloud in the valley meant this would not be possible, so we stayed in one of the Alpine Association’s huts at Foxtown, or Fox, as it is known to the locals.

The Fox Glacier is the town’s drawcard and there are numerous helicopter companies offering flights over the glacier, which is situated very nearby.

We managed to fly into Pioneer Hut on the Sunday morning, along with Caroline from Adventure Consultants, who was taking a few days off from work to ski in the backcountry with her friend, Aviette.

The 15 minute helicopter ride straight up the glacier was spectacular, in fact it is hard to find the right adjective to best describe it, so I’ll leave it at spectacular!

I had to take a couple of deep breathes to take it all in as I stood there watching the helicopter depart, apart from the air being a little thinner, the scenery was simply breathtaking.  We wasted little time and headed out for some time on the snow, to give Dean a chance to assess where my skill levels stood in terms of glacier travel, cramponing, and ice-climbing.  We did a little of all these things, including climbing a small peak, before heading back to the hut in the freezing cold and deteriorating weather.

It all worked perfectly and those boots were as warm as a piece of freshly popped toast!

The following day was snowing and visibility was severely limited so we spent the day doing some skill-based training in the hut. Dean literally had me hanging from the rafters, prussiking and doing self-rescues.

The rest of the day was spent in the warmth of my sleeping bag!

But we were rewarded with great weather on the Tuesday and with snow shoes strapped on we headed towards Grey’s Peak. Now I must say judging distances across the snow is perhaps a learned thing as it didn’t look that far away, but it still took a number of hours to get to the summit, and travel slowed as we made our way across the glacier.

Dean had to slow my pace from time to time as I was trying to push it too hard.  He was quick to point out that good mountaineering means travelling at a pace that you can go all day and the higher you go the harder it becomes, adjust your pace was his catch-cry, advice well heeded!

The hut was quite full on Tuesday night with a couple of other groups flying in and swelling the number to nine. But the atmosphere was fantastic as we had our evening meal, before settling into those warm down-sleeping bags for the night.

I would have loved to stay another night, but as I was leaving for Fiji in a couple of days I could not afford to be “snowed in” at the hut.  And the weather looked like it was deteriorating once again.

Note to self, next time you climb in New Zealand’s Alps do it just before heading back to work, that way you can happily be snowed in, on the boss’s time!

Wednesday morning we made our way down the glacier towards Chancellor Hut, a distance of about 8-kilometres, although distance is better measured in time.  Travel was slow initially as the snow was deeper and the slope made travel in snowshoes too difficult, especially with some ice in parts.

And how was that view!

We stopped on the glacier against the backdrop of Chancellor Dome. We were debating whether to climb it, which would take around 3-4 hours up and down, or find a suitable crevasse to do some ice climbing and rescue training.

We decided on ice climbing and rescue training, eventually finding the perfect spot for it.  I’m glad we elected to as it was a lot of fun. It did wonders for my confidence and helped build on my skill base.

Closer to Chancellor Hut travel became slower as the snow was much softer by now with the temperature rising as we descended in altitude. And despite still being near sub zero temperatures, travel across the glacier was hot and hard work, especially with a 25-kilogram pack on my back!

It was a wise move to choose to leave Pioneer Hut on the Wednesday as the cloud base was sitting not too far above Chancellor Hut on the Thursday morning, and around 8am we could hear the thump-thump sound of the helicopter making its way up the glacier towards us. Loading the helicopter with our gear probably took longer than the ride back down to Fox.

By mid-afternoon we had arrived back in Wanaka and after saying our good-byes I was on my way to Queenstown and an early Friday morning flight back to Australia.

And as I cleared customs, Janet and TomO were waiting eagerly, glad I had a great time, and wanting to know all the details…

It was a great week and one in which I can anchor my climbing ambitions to.

The feeling of standing on top of Grey’s Peak, a small peak by any standard, was one of great satisfaction and something that will remain with me forever, no matter where my climbing takes me…