By: theadventuresofadr Posted in: Destination, Nicaragua 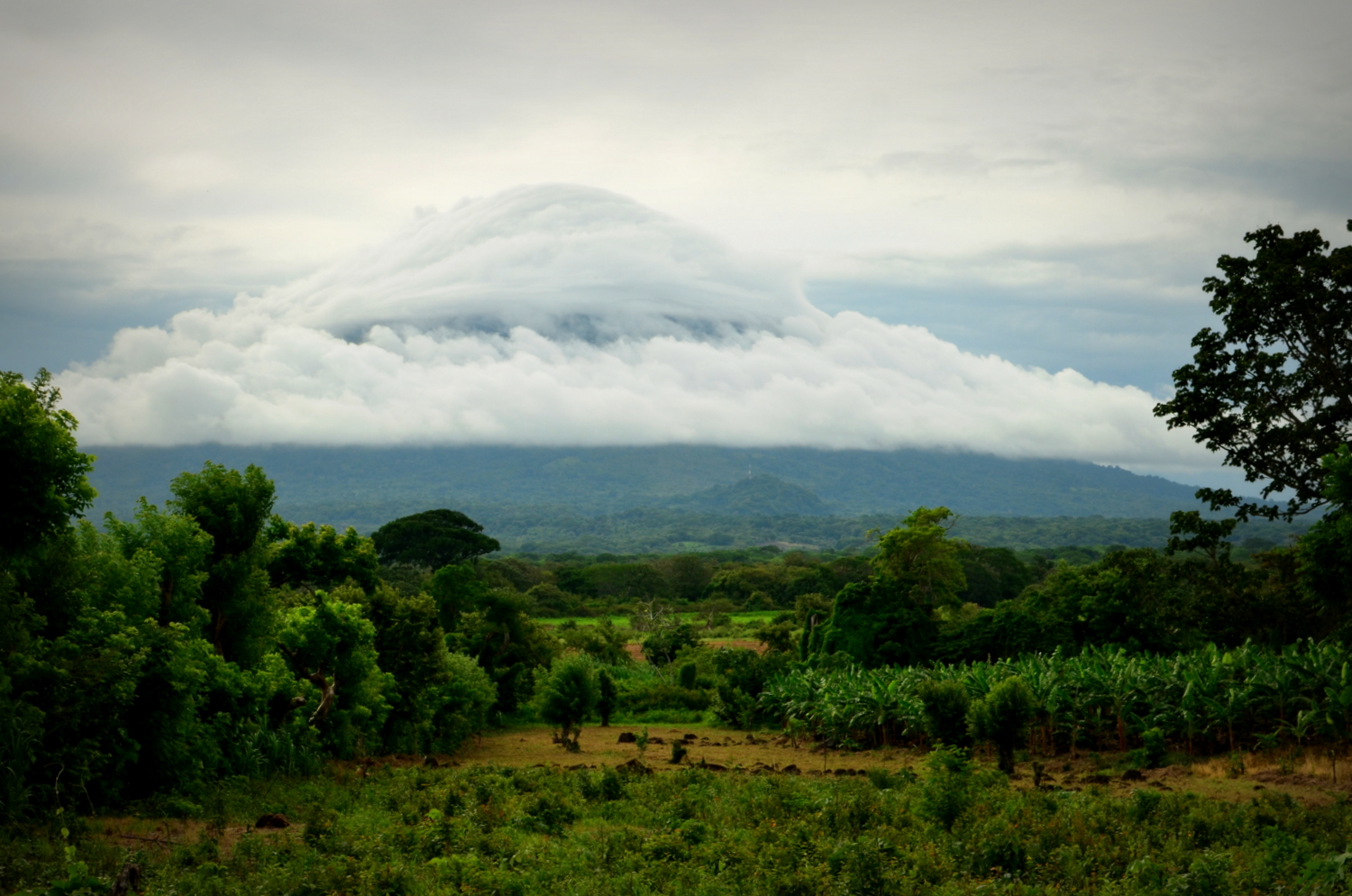 Dan Rajter is a traveling photographer and writer currently en route to Argentina from Mexico completely by BUS!  Except through the Darien Gap, of course. Any traveler who has ever set foot on the strikingly surreal island of Ometepe knows all to well the trials and tribulations of the journey to get there.  This is especially true if your goal was an early arrival.  Our passage to Ometepe started at approximately 5:45Am in San Juan del Sur. Catching the first bus back to the hub town of Rivas had us get to the ferry at the absolute last minute it was boarding. Our vessel, FERRY EL CHE GUEVARA, was jammed packed to standing room only. The metallic human transport vessel stepped on the gas the minute we set our bags down, straight into the full strength of a powerful northwesterly wind. The ship almost felt like it was testing the limits of it’s buoyancy several times, and quickly began turning smiles, thrills, and laughter into discontent, sea sickness, and eventual vomiting. It seemed like every kid around us began throwing up, and most had brought little towels specifically for this situation. The morning rain storm didn’t help matters. The thunderous applause from the ominous clouds that shrouded the cone tops of both volcanoes swirled ahead of us, hanging close to contours of each massive body that comprise the island. Then, like magic, the clouds were slowly unzipped by intensely purified rays of light. The green hills of Ometepe’s lush, rain forest covered slopes became illuminated shortly thereafter. When we reached the dock there were women waist deep in the lake washing their clothes using home made stone washing stations, which was a good sign that weather should clear up. We had to kill about 2 hours before the one bus that morning eventually took off. I remember that one woman boarded the bus with a perfectly crafted home made cake smothered with yellow frosting. Within 20 minutes the bus’ ancient suspension and bumpy, unpaved roads proved to be too much force for the frosting to bear. What started as small fractures turned into canyons with each of the 100 potholes encountered. Almost 2 and a half hours of bumps and stops later we stepped back onto solid ground and into life on Finca Zopilote. A bus turned coffee shop was parked at the entrance and offered up fresh coffee, snacks, homemade bread, and jewelry. After a little meet and greet, a ten minute uphill walk on a teeming lush jungle path brought us to the reception hut. We settled into the top floor of a wood and bamboo cabana, which was partially open to the jungle and would eventually allow the strangest insects, tarantulas, and soundtrack scored by nature into our bedroom. I remember vividly, after encountering a real scorpion, we found a bug that was a gigantic mix between a tarantula and a scorpion. The finca itself claims to be a self sustaining eco hostel/farm but we noticed most the work was being subcontracted out to locals instead of maintaining the farm from within. While providing jobs to locals that didn’t exist before, the finca’s goal seemed more oriented on filling beds than it’s image projects.  But the finca was also populated with an immense amount of lush jungle plants, had composting toilets, provided fresh well water, and did practice self-sustaining farming techniques with working opportunities available with a 2 month minimum. After getting settled, we walked to the empty beach nearby for some afternoon sun. This little stretch of shore offered up stunning views of both volcano peaks (a rarity this time of year) for our eyes to feast on. It turns out that a wide lake beach with a volcano on each end can provide hours of entertainment! Tiny bushy plants were sprouting up everywhere in the sand while miniature waves crashed on the shores edge. We left just in time to catch a sunset that silhouetted Concepcion, the larger of the two volcanoes, and eyed it inquisitively from the lookout tower perched on top of the hostel property later that night. The next morning we were intent on renting bicycles and riding around the island to see the huge waterfall that exists deep into the forest of Volcan Maderas. We teamed up with Carmella, a Floridian we had met the day before, and found some wheels. The road immediately disappeared as soon as we set off, turning from hand placed pavers to wheel packed, cobbled dirt road. The road would get pretty intense wherever hills lived, turning a casual but bumpy bike ride into a white-knuckled, loose knee, tuck and prey for a smooth bottom event. There were several instances when I was convinced that there was a 50% chance of me getting tossed over the handlebars. After you surpass a certain speed in these conditions using brakes carries an almost certain guarantee of road rash in your future. There were a few little tiny congregations along the way, with houses on either side of the only road near the water’s edge. Banana farms and cornfields entered and exited our field of view while we skimmed past cows grazing right next to our tiny smooth path along the road’s edge. Eventually we found the entrance, gathered our breaths, and entered the park. It began to rain as soon as we set foot into the thick of the woods. After about 2 hours of stream hopping, climbing, and occasional intense spurts of hiking we came upon a 200 foot waterfall that was teeming in mossy green plants on all sides. Life was clinging onto every crevice around the air born mist and coated with a thin film of water that glistened in the light. All the water fell into a small, refreshing pool before emptying out into the small rocky stream below. The wind created from the falling water chilled us to the bone as our sweaty bodies turned into fully covered goose-bumped shells. Our two hour walk back was topped off with a grueling, 2 hour bike ride that sent our legs into early retirement.  We only had two nights in Ometepe, but the experience was enjoyed to the fullest.  A visit to Nicaragua’s biggest lake to see it’s most famous twin volcanoes is a must for any traveler passing through.