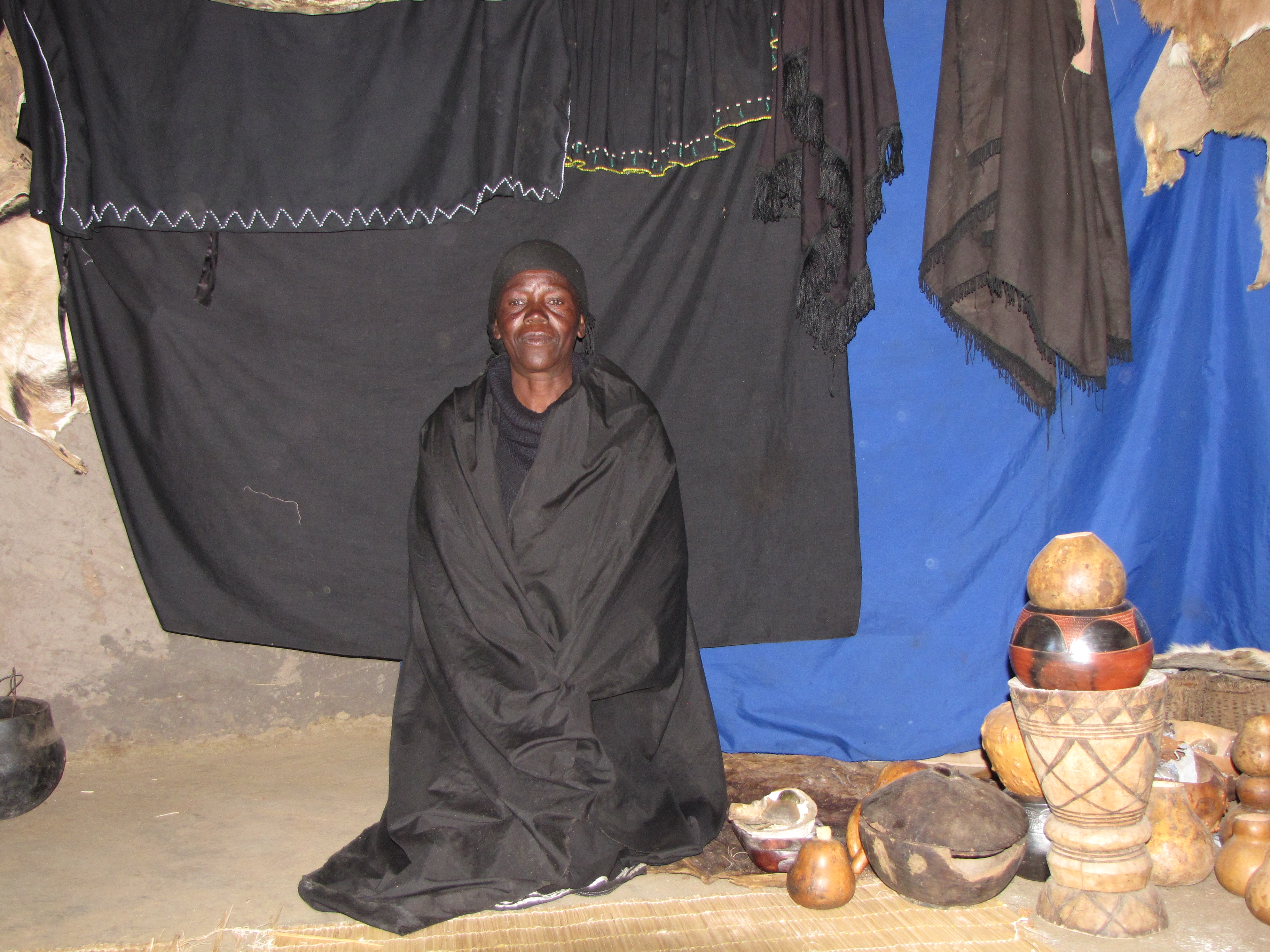 In August 2012, I returned to the United States after having spent three years in Zimbabwe in southern Africa. When I wasn’t busy working, I spent a lot of my time exploring this fascinating region, for the most part with my camera, tracking Africa’s Big Five, elephants, rhinos, lions, Cape buffaloes, and leopards. I was only partially successful in that endeavor, and will do an article on my attempts, but there is one other must-see site in this landlocked country that I almost missed.

The village spirit medium watches over her village.

Great Zimbabwe, a collection of stone ruins dating from the Thirteenth century, and believed to have been built by early kings of Zimbabwe’s Shona people, are like Niagara Falls or the Grand Canyon; if you’re in the country, you simply must visit them. My work and travels to other areas of the country, though, kept getting in the way of making the three-hour drive from the capital city of Harare. The Stone Tower, a symbol of Great Zimbabwe, which is featured on the national flag.

Finally, though, just a month before I was to depart, the opportunity fell into my lap. The director of the national park in which the ruins are located invited me to come and get a briefing on how the park was using security equipment that had been provided by the US Government. Not only was I finally getting a chance to see one of Zimbabwe’s greatest man-made wonders, but I was doing it as a guest of the government.

My wife Myung and I were met at the entrance of the park by most of the park staff, and after the obligatory briefing complete with snacks and soft drinks, we set out. Our exploration started with a hike up the ancient trail to the top of the tallest hill where the king’s residence was located. To call the stone steps carved into the hillside a trail is generous. This was one of the steepest climbs I’ve made in years, rivaling the steep mountains of Laos or Vietnam. The view from the top, though, made it worth the climb – after I’d caught my breath. Legend has it that the king built this lookout so he could keep an eye on his queen’s residence in the valley below. No one knows why he chose to do it this way rather than stay close, and my own speculation is that it was also used as a strategic lookout for invaders because it has a panoramic view of the entire valley and surrounding river basin, and there is a rock chamber from which sentries could sound a warning that can be heard for miles around. A traditional spirit medium in her hut at Great Zimbabwe.

After climbing down from the lofty royal heights, we toured the replica of an ancient Shona village where we were entertained by musicians playing traditional Shona instruments, and then visited a spirit medium in her hut on the edge of the village. From there, we then went to the great tower, located in the center of the queen’s residential compound. Musicians playing traditional instruments accompany dancers in a performance in the replica of a traditional Shona Village at Great Zimbabwe.

Great Zimbabwe, whose name means ‘Great Stone House’, holds a firm place in the hearts and minds of Zimbabweans. After independence, it gave the country, formerly known as Rhodesia, its name. The tower is portrayed on the national flag and was featured on the defunct Zimbabwe dollar until it was replaced in 2009 by the US Dollar after nearly a decade of rampant hyperinflation that nearly destroyed the national economy.

Great Zimbabwe isn’t as high on my bucket list as the Pyramids of Giza; which I have yet to visit; or Stonehenge; which I visited in 1996, but it’s a place that if you’re in southern Africa you should certainly experience. One of many similar structures scattered around Zimbabwe; and the most well-preserved and maintained, it challenges many of the western myths about ancient African culture. This is not a structure built by primitive people of a hunter-gatherer culture, but by a civilization possessing sophisticated engineering knowledge. The construction techniques rival the temples of Angkor Wat in Cambodia, Stonehenge, and even the Pyramids. Myung Ray pausing for a rest near the top of the hill at Great Zimbabwe containing the king’s compound.

For me, this was a climb into history, a history that until recently had been hidden from me.