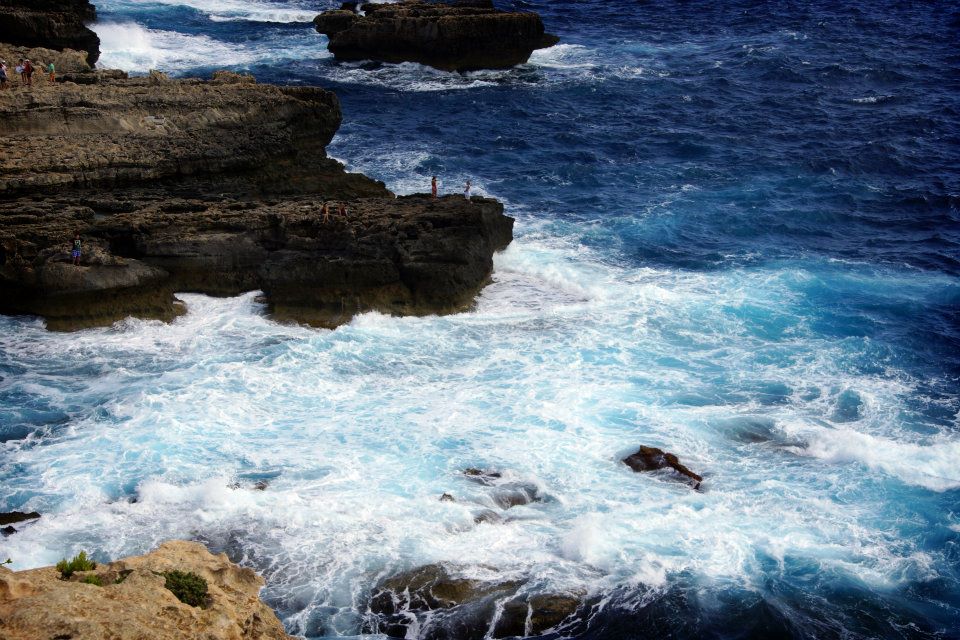 I work from home.  When I say “work” I actually mean “hunt mosquitoes” and “watch stupid cat videos until I get up and clean something.”  Today was the latter.  As I bent over and scrubbed the bathtub, occasionally wondering why one of our house guests had decided to hand wash their lacy orange knickers and hang them up on the towel rack (then deciding I really didn’t want to know) I realized something; I nearly ended up living in a basement apartment in the home town that I hated.  Instead I am living in a 3 storey house on a tiny Mediterranean Island that until recently, I didn’t know existed.  How cool is that?

The Maltese Archipelago is situated below Sicily and consists of four islands: Malta, Gozo, Comino and Fifla.  Having a population of 453,000 people and being spread out over 316 km2 Malta is one of the most densely populated countries worldwide.  That being said it feels delightfully spacious, especially when you’re walking next to the crystal clear waters and admiring the local aquatic population.

I live in the city of Sliema, located on the east coast of Malta.  Our house is a 2 minute walk from the sea and has a roof terrace with views of the capital city,Valletta.  Never in a million years did I think I would be here.  And I love that.

Growing up in Western Canada, as a child, I felt suffocated by the idea of planning my entire life out.  What do you want to be when you grow up?  When do you want to get married?  When will you be having children?  They are the questions that most people are hit with at a very young age.  Did my ten year old self know what she wanted to do as an adult?  Well, yes, she wanted to be an actress, but that flew out the window along with the full frontal nudity that often accompanies it.

When I first moved abroad four years ago, I was chasing the unknown, pursuing a dream and throwing caution to the wind.  It was invigorating but also depressing at times.  I moved to London, a city where I had no friends, no family, no immediate job prospects, and no idea that in England“pants” actually mean “underpants,” resulting in some awkward misunderstandings.  I learned how to take care of myself and most importantly, to listen to that little flutter in my heart every time I talked about something that really excited me.

Two of the most difficult things you will ever have to do in life are deciding what you want to do and having the confidence to go out and do it.  No one can do this for you.

It was these two things that I recently reminded myself of when I quit my stable job in the film industry and moved to this tiny island to live off my savings and spend some time redirecting my career and reminding myself of the person that I want to be.

Life can go by quickly and we’re a species that is especially talented at convincing ourselves to stay put and chose the safest option.  While I’m not encouraging anyone to start walking down dark alleys, I am going to ask you this:  When has the safest option ever been the most interesting one?