Lost and Found: A Student Partnership that Made the World a Better Place 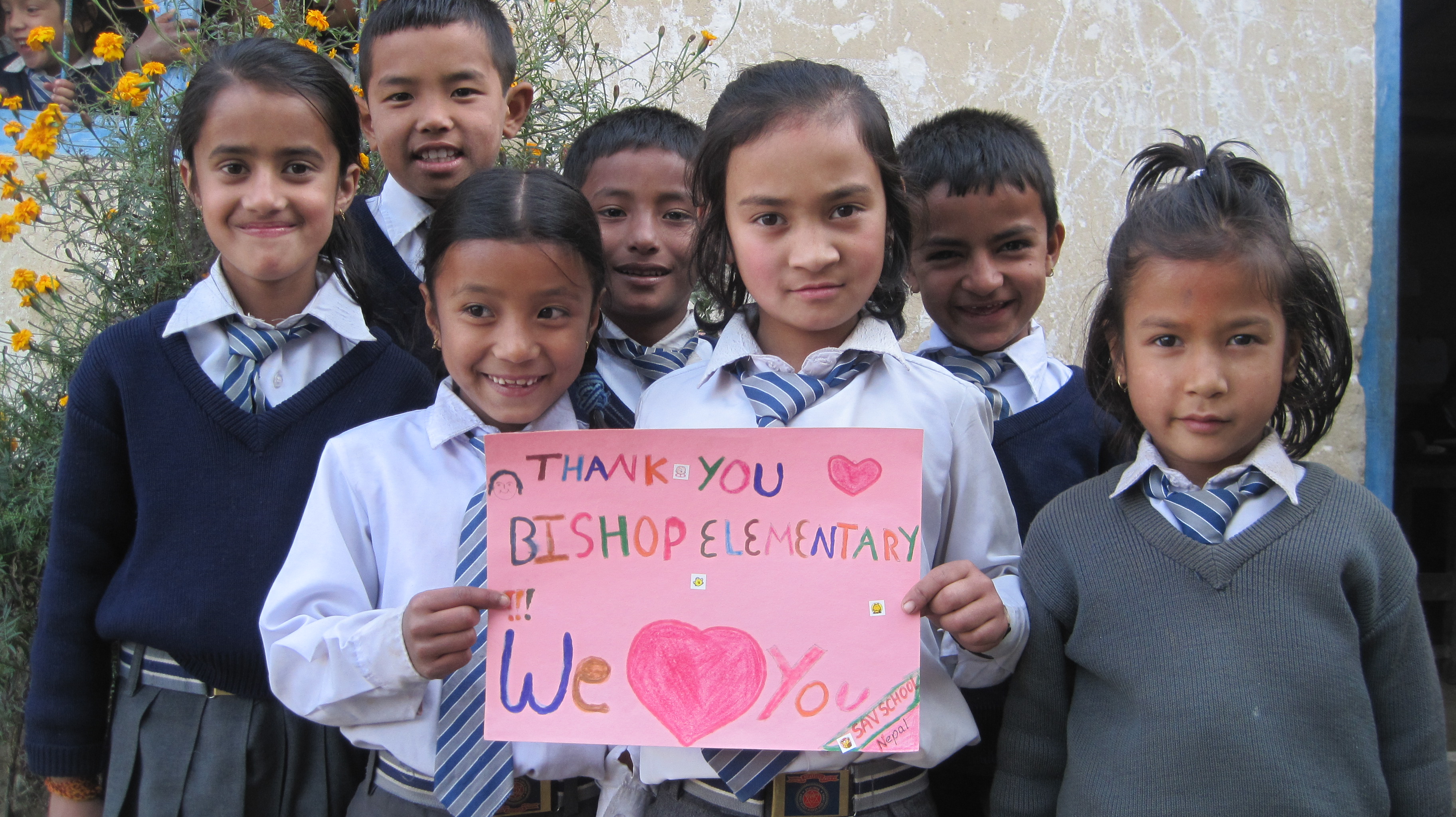 It was bright, early, and an absolutely perfect November morning, it was the first day of my Thanksgiving break. Excited to take on the day, I…wrapped myself back in my blankets and returned to the arms of sweet, glorious slumber.

Sleep is a wondrous thing.

It was a bright and mild November afternoon, I was drained, and wanting nothing except a few more hours of sleep, but alas, I had errands to run, and it was time to awaken. With every ounce of energy I had within me, I crawled out from my sanctuary of luxurious blankets, and was intent upon simply surviving my first day of  the break. It had been a whirlwind of a semester at the University of Kansas, I had switched majors, found a new job, and was balancing the toughest classes I had ever taken in my life. I had been surrounded by stress for such an extended amount of time that I developed a cynicism toward the immediate future. Thanksgiving break would be nice, sure, but I had two papers, a test, and a project awaiting me the moment I returned to KU.

I was breathing, but all I wanted was more sleep.

How lucky I was that I stayed awake.

After running a few errands with my mother, my Mom and I departed a store in Hutchinson and returned to her car, planning on making a few last minute purchases for Thanksgiving. Before we drove away, my mother and I spotted a bookstore called “Bookends” sitting right in front where we parked.

Everything about the following events felt eerily magical.

On a whim, we decided to rush into the bookstore and look around in the ten minutes before it closed for the day. It’s a long story, but for the past few years, I had been searching for a children’s book called “The Landry News,” written by author Andrew Clements, I was always intrigued by the story’s plotline and never missed an opportunity to visit bookstores to search for the story.

The search for this book extended over several years…and ended up leading to something unforgettable.

The next ten minutes were magical, I recognized the store’s owner as Wes Bartlett, a retired Buhler teacher who taught at Buhler while I attended the high school. Warm and conversational when we walked in, Wes led us to the children’s section of the store. In the first moments inside the section, I noticed that the name “B-E-N” had been spelled on a board inside the room, as I was wondering the odds of this happening, my mother called me over and told me there was something I had to see. Opening the inside cover of the novel, my Mom revealed a sticker indicating that the book had been donated to help the SAV School in Bageshwori, Nepal. This was an incredible coincidence, as Open World, the foundation I helped begin, is trying to get a buildings with running water and electricity to the same school in Nepal.

Two years ago, Open World began with a dream to bring a library, two laptops, and internet access to the SAV School. After receiving an outpouring of support throughout our community, an elementary school in Topeka, known as Topeka Bishop Elementary, contacted our high school determined to support our effort. After communicating with our senior officers, Topeka Bishop decided to have a book drive with the goal of donating 300 books to the SAV School.

This video, created by the Open World Project organizers Jake Waters and I, explained the goal of Topeka’s mission and was shown at an assembly of Bishop Elementary Students.

The response to this mission was nothing short of magnificent, the children of Topeka Bishop became so inspired that they smashed their original donation target and donated over 1,750 books for the SAV School.

An idea kindled by the staff of Bishop Elementary, the Topeka elementary students said they wanted to change the world for children in Nepal.

Unfortunately, over the next few months, we encountered a variety of complex hurdles in front sending the books to the SAV School. The first is that the Nepali Government charged a huge tariff for large shipments that would have cost about 300% of the value of the books themselves, one charity even estimated that we would have to spend around $20,000 to get just a portion of the books to the school. After attempts to organize an arrangement with the U.S embassy and military were unsuccessful, we were ready to give up the dream of connecting the books to the SAV School.

At the end of the year, Mr. Knapp, the leader of the school’s senior legacy mission, came to Open World and expressed his determination to continue this goal. He spoke about the sacrifices made by the Topeka Bishop students how these books could help a generation of children in Nepal. Inspired and newly determined, Open World began to devise a plan that would complete this incredible partnership.

Mr. Knapp, the teacher behind Buhler’s senior legacy projects, did not allow Open World to give up on this aspiration.

In the next week, Jake Waters and I decided the donated books and direct the profits to the SAV School. Realizing that Buhler’s city yard-sale was the next day, Jake constructed a letter explaining our renewed mission and brought it to the sale.

The SAV School used the profits from the sale of Topeka’s donated books to buy books for their library!

With the leftover 1,600 books, Open World came to deal with the Owl Tree Bookstore in Hutchinson. (Improbably, I met the Christia, the owner of the bookstore while serving at Applebee’s.)  Hoping to open a new children’s section for her bookstore,s he promised to sell the books and send half of the profits to the children in Nepal. Unfortunately, due to family issues, Christia had to move away and sell her inventory, leaving the cause to believe the remaining books would be lost forever.

A smile kindled on my expression, Bookends must have purchased Owl Tree’s inventory, and the books had finally been found. Amazed at the sheer chance of my Mom and I’s arrival at the bookstore, I smiled and handed the book back to my mother. While I was thrilled the books would end up finding homes, I did not believe there would be any way to continue their intended purpose, how would the owners even know about our original goal anyways?

It was then my mother pointed at the wall behind me.

I was at a loss for words.

Dumbstruck, speechless, and blown away, I ran from the children’s section and introduced myself to the owner of the store. Leaping when I introduced myself, he said he and his wife, Gwen, had been trying to track me down for the last few months. Asking how they even had knowledge about the books intended purpose, they said they found Jake’s old letter in a box of books, and were so moved that they wanted to continue our mission.

As I sat there, my heart overwhelmed by the goodwill of the people in front of me, they explained that the books have been flying off the shelves, and they have already sold about 3/4ths of the books original supply. After giving them the contact information of our foundation, I left bookends and immediately e-mailed the SAV School about the unbelievable story of how these books had been located.

These incredible people are selflessly donating all of the profits from Topeka’s books toward the SAV School.

Three hours later, the SAV School responded by explaining how thankful and amazed the staff and students were at this arrangement, and were so thankful that the students wanted to draw something that truly thanked the Bishop students and the owners of bookends.

At the start of the first day of my Thanksgiving break, the cynicism and stress associated with my academic commitments had clouded my appreciation for the time off that I had, but at the day’s end, I realized how thankful I truly was for this Thanksgiving. It is astonishing how wonderful a combination of chance and sheer resolve can be, there was so much that could have ruined this early dream for the SAV School, but because of the wonderful students at Topeka Bishop, the determination of Mr. Knapp, a letter written for a yard sale, the selfless owners of two bookstores, and a spur of the moment search for “The Landry News” (I finally found it at bookends!) a situation which had been deemed impossible turned into a monumental partnership between two elementary schools located thousands of miles away.  The generosity the Bishop children had to make this possible is a story of which I will forever be thankful, as the profits from the donated novels will go towards giving the SAV School buildings with running water and electricity.

The SAV Students were thrilled when they heard about Topeka Bishop’s efforts.

It was dark, late, and a quiet November night, and I fell asleep rejuvenated and thankful for the magnificent people living in the world around me.