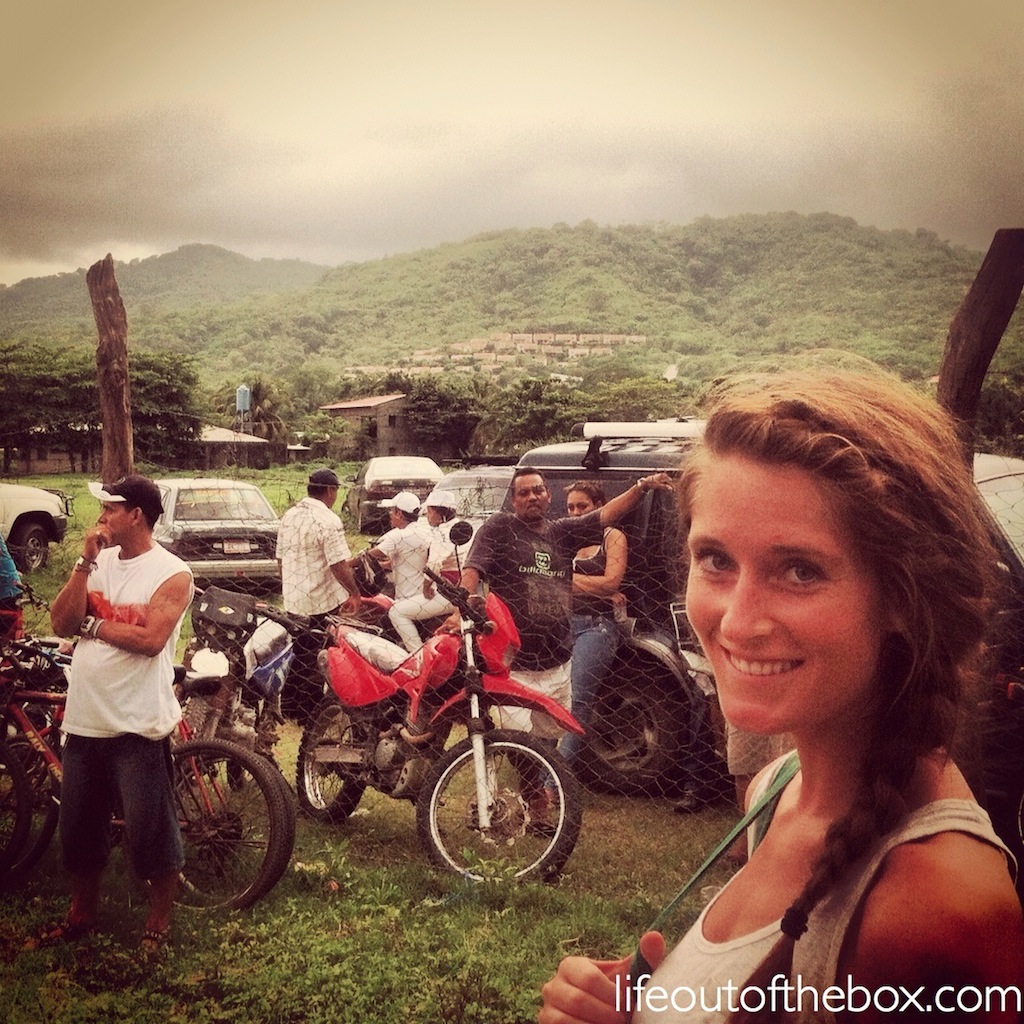 Featured writer: Life Out of the Box

Eight months ago my boyfriend Jonathon and I traveled from California to Nicaragua with a mission to start a business called Life Out of the Box that gives back to the local community. We never had any intention of buying a car here, so the public buses were our best option for us to get around the country. Riding the bus ended up being something we loved doing because they allowed us to really immerse ourselves in the culture of Nicaragua. One day we got on the local bus in Rivas after a long day of exploring to head back to beautiful San Juan Del Sur. I sat next to the window like I usually do because its typically the less vulnerable seat compared to the aisle seat. At least that’s what I thought.

The large window I sat next to on the bus was wide open–it felt nice with the breeze coming through. It was one of the more ventilated buses we’d been on in a while. I opened my book and started reading again. I got lost in the story right away and forgot where I was for a moment until I felt the bus turn on the engine. At that exact moment, all of the sudden, I felt a hand aggressively slap me in the back of my neck. My head went forward towards the seat in front of me and I quickly used my hand to brace myself and prevent my head from hitting anything. I looked up through the window to the right of me and there was a scrawny Nicaraguan man dressed in a white cutoff tank top, dirty basketball shorts, with spiky hair and bright red eyes. Our eyes connected and my stomach dropped.

That wasn’t a mistake or an accident. The man stared at me and then pointed his index finger and middle finger towards his eyes and then turned them towards me, signaling that he was watching me. He was trying to scare me. To intimidate me. Had he been watching me for a while and planning to attack me? Why me? I didn’t do anything to him. I’d never seen him before in my life. Why did he decide to hit me as the bus was leaving. Hundreds of questions raced through my mind in a matter of seconds. I started crying. I couldn’t help it. I didn’t really know why. Was I scared? Shocked? I had never been hit by a man before. I can only relate the reaction to that of child who gets hit by a playmate in the sandbox. I just cried because I didn’t know what else I could do.

We pulled away from the parking space and the man was still staring at me. I couldn’t look up anymore. And now everyone on the bus was staring at me. I could feel all of their stares. I closed my eyes. I could hear the local couple with a child yelling at the man through the window cussing at him and telling him that he was crazy. They all kindly asked if I was ok. I couldn’t talk. Jonathon was talking to them and others around trying to figure out what exactly had just happened. It happened so quickly everyone was a bit shocked and confused. Some locals told him that he was crazy. Others told him that he was a drunk.

Either way, I just couldn’t get the image of his stare out of my head. He was so angry at me. So angry that he felt I deserved to be hit while reading my book. I put my sunglasses on. I was shaking. We were seated in the middle of the bus and we were already out of the bus station. There was nothing we could do now. Jon grabbed me and held me against his chest. I finally felt safe again. He held me tightly as I silently cried for the next few minutes.

To be honest, I really didn’t want to write about this experience. I didn’t want my friends and family to be scared, angry or sad that they weren’t here to prevent this from happening. I didn’t want any sort of sympathy either. But the truth is, this could have happened anywhere. It could have happened on BART in San Francisco. It could have happened on the metro in Paris. On the Subway in New York. And sometimes no justice is served, you cannot defend yourself, and neither can anyone else. You just have to let it go. It’s part of experiencing new and different places and people. I’ll never know why that guy hit me. What I do know though is that it has nothing to do with who I am as a person. He doesn’t know me and he never will. In a way I feel sorry for him because while he still may have so much anger for me, I have none for him. I learned from him. He doesn’t scare me anymore, but he made me more aware of my surroundings. And for that I am thankful.

On the other hand, I won’t allow him or anything else to prevent me from traveling, making new friends and loving a different country—living the life I want. I could either be scared, let this experience prevent me from living my life here in this beautiful country, prevent me from making more friendships with these wonderful people and prevent me from taking public transportation ever again. Or I could keep living my life the way I want to. The choice was simple and easy. To live my life without fear. I won’t ever let anyone have that kind of power over me. And I hope that anyone reading this will be inspired and have the strength to do the same. Fear is something that can control you if you let it. Don’t let it.  It’s ok to be scared for a moment, but take that fear and use it to make you stronger. To persevere. To move you forward and make you smarter. Fear is your friend who’s misunderstood.

The whole experience has made me grow as a person in many different ways. That’s the beautiful thing about living life out of the box: you learn more about yourself, through both good and bad experiences, than you ever knew you could. If sharing my experience helps just one person get through something scary in their life, then I am truly thankful the whole thing happened to me. It’s proof that event the scariest moments in life can turn into wonderful moments of inspiration and connection with others. Keep on traveling, keep on living the life you want and always keep on smiling. You never know whose day you can turn around with a simple smile.