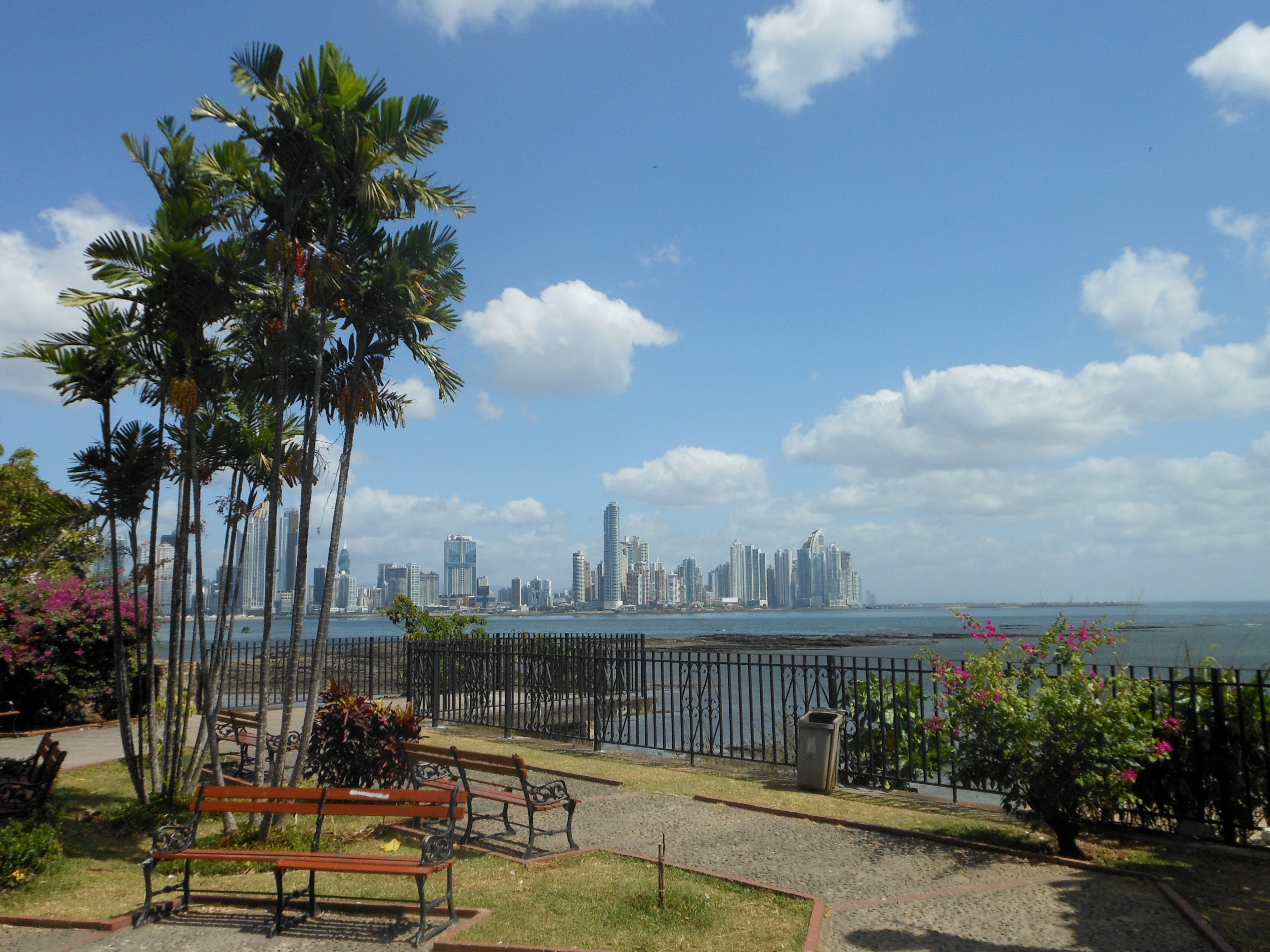 After a brief inconvenient interrogation by undercover drug police, I boarded a flight to Panama. Panama City was perhaps my biggest surprise. It exceeded my expectations in almost every way…well not so much exceeded my expectations, more completely discredited my previous perceptions. I had imagined a sort of drab and dusty city with a brownish hue…oh and a big unsightly canal. However Panama City was a bright, clear city with an almost azure hue and a canal that is a feat of incredible engineering. As I approached from the sky, the towering buildings looking onto the sea fostered memories of the Miami skyline I had seen almost 3 months before. It was dark and all the lights reflected on to the water. It’s difficult to get a true picture of a city at night – especially from the sky, meaning the taxi ride from the airport threw up even more surprises.

When I left the airport terminal I was initially taken aback by the extremely modern white taxis. Coming from Peru I expected something consistent with the grimy unpolishedness I had experienced only 1 day before. This was simply not the case and the taxi ride to my hostel further helped to make me feel slightly embarrassed about my original expectations. Huge billboards, fast food chains, shopping malls and clubs all lined the large highways that weaved up and down through the city. Although I have never been (and I now feel that I don’t need to go), the whole place seemed to have been cut from the USA and pasted into Central America. The first day, I decided to buy a ticket for the sightseeing bus and make my way slowly to the canal. The city was hot and humid; it wasn’t too uncomfortable however it was a heat that I hadn’t experienced since Cali in Colombia. I hopped off the bus at Casco Viejo, the old town, 5 minutes from my hostel, and had a quick look around, it was pleasant but there was nothing outstanding about the architecture. Perhaps I had become slightly spoiled after spending some time in Cusco.

What is both sad and morbidly amusing is that it’s possible to stand looking out towards the sea and to the left, the extremely modern Miami-esque skycrapers stand tall and to the right the humble old town sits partly crumbling into disrepair. It also seems that the poor have been relocated to the old town (perhaps one of the more dangerous areas of Panama) with small metal make-shift shacks selling miscellanea. However the old town is also home to the fish market. An extremely welcome sight given the amount of time I had been away from the sea. Ceviche, fresh raw seafood marinated in zesty lime juice is something that it would be sinful not to try whilst in Panama. As a general rule in South and Central America, if you can see the sea then it’s safe to eat raw seafood. One particular thing that has stuck in my memories about Panama is how colourful it was. I’m not sure if the colours have been intensified in my mind due to the contrast with my original perceptions of Panama as a drab dusty brown city, however there is no denying that from the cloudless blue sky to the bright yellow pavements, and everything in between, there was a palette of colour that would have made Kadinsky happy.

After my Ceviche I boarded the sightseeing bus once again and watched in awe as we passed through the incredible architecture that towered above. El Tornillo was perhaps the most unique, a glass building that twisted around in the shape of a screw. I then got off the bus at a shopping mall. This was the biggest shopping mall I have ever set foot in and I didn’t see much more of the city that day due to the fact that there is very little tax on anything…I know, how cultural. With mybags of new clothes I caught the last sightseeing bus and headed back to my hostel.

The next day, on realising that Panama is a rather small city; I took a taxi up to the canal for $6, a steal compared to the sightseeing bus at $29. Watching massive container ships make their way through the canal was an amazing thing to see. The huge ships would enter the locks and slowly sink as the water drained, the locks would then open and the boat would move out with what seemed to be incredible ease. Although after more than three boats it’s difficult to watch with the same childlike awe as with the first, it’s still interesting and is a real exemplar of great engineering. The following day, I headed to the bus station. Ready to catch a bus to Portobelo and then for the next part of my adventure…sailing through the San Blas islands back to Colombia.