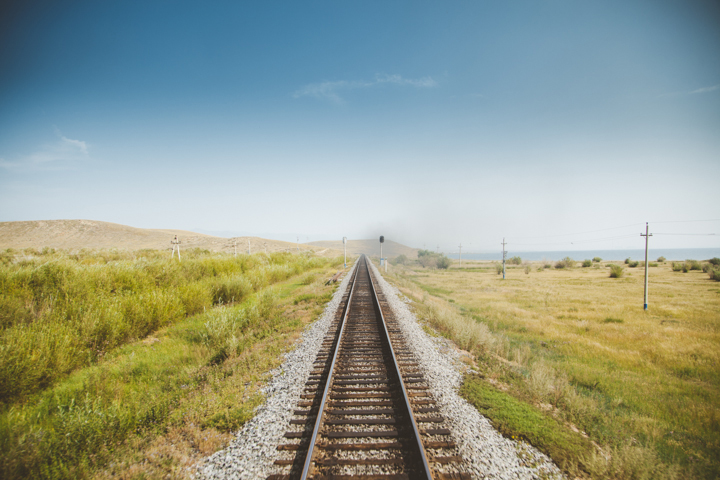 I had long romanticized the Trans-Siberian Railway as some sort of epic journey across empty land that stretched for days. I dreamed of sipping coffee in the dining car, gazing out the window for hours. As the days drew closer to boarding the train, I started to wonder if my romanticized version was less than realistic. Will it be awful? Unsafe? My boyfriend and I traveled  kupe (2nd class), which meant we’d be in a cabin with two other people we didn’t know. We were both excited and anxious.

Our first leg was a three-day journey from Moscow to Irkutsk.  Three days and five time zones to be exact! We end up sharing our cabin with a quiet, polite Russian mother and son. The accommodations were better than I had expected. We both had top bunks and we are outfitted with clean sheets, a blanket, pillow, and our cabin came with a tv and air conditioning. This is better than some hostels we had stayed in. There are two bathrooms at one end of the car and a samovar at the other end. We subsisted on tea and cup of noodles so bring a mug or thermos and any dining utensils you may want for hot drinks or any instant meals that just require hot water.

Not many people speak English, unless you meet other travelers, so communicating with the train staff can be tricky. You are on your own! The train makes several stops a day and we find a schedule on the wall that lists the amount of time that is allotted for each station. This is key because if you want to get off the train, make sure you make it back in time. Some stops are as little as two minutes while others are up to thirty minutes. Check that schedule!

We spent most of our days just staring out the window and getting adjusted to the passing time changes. We realized that the train clock reflected Moscow time the entire way, so come the end of the journey, while the train said three o’clock, it was already getting dark because it was really eight o’clock. You start to lose all sense of time, but you find yourself not really caring because you are crossing desolate lands that you’ve been dreaming of and the reality of this momentous journey starts to set in.

So perhaps my romanticized version was fairly on par. It was pleasant, safe, clean, and without any major problems. Day three came after endless gazing out the window and while we were ready to get our feet back on solid ground, we were thrilled to be able to cross this one off our bucket lists!

My blog Nomadic-Habit has all the photographic details.